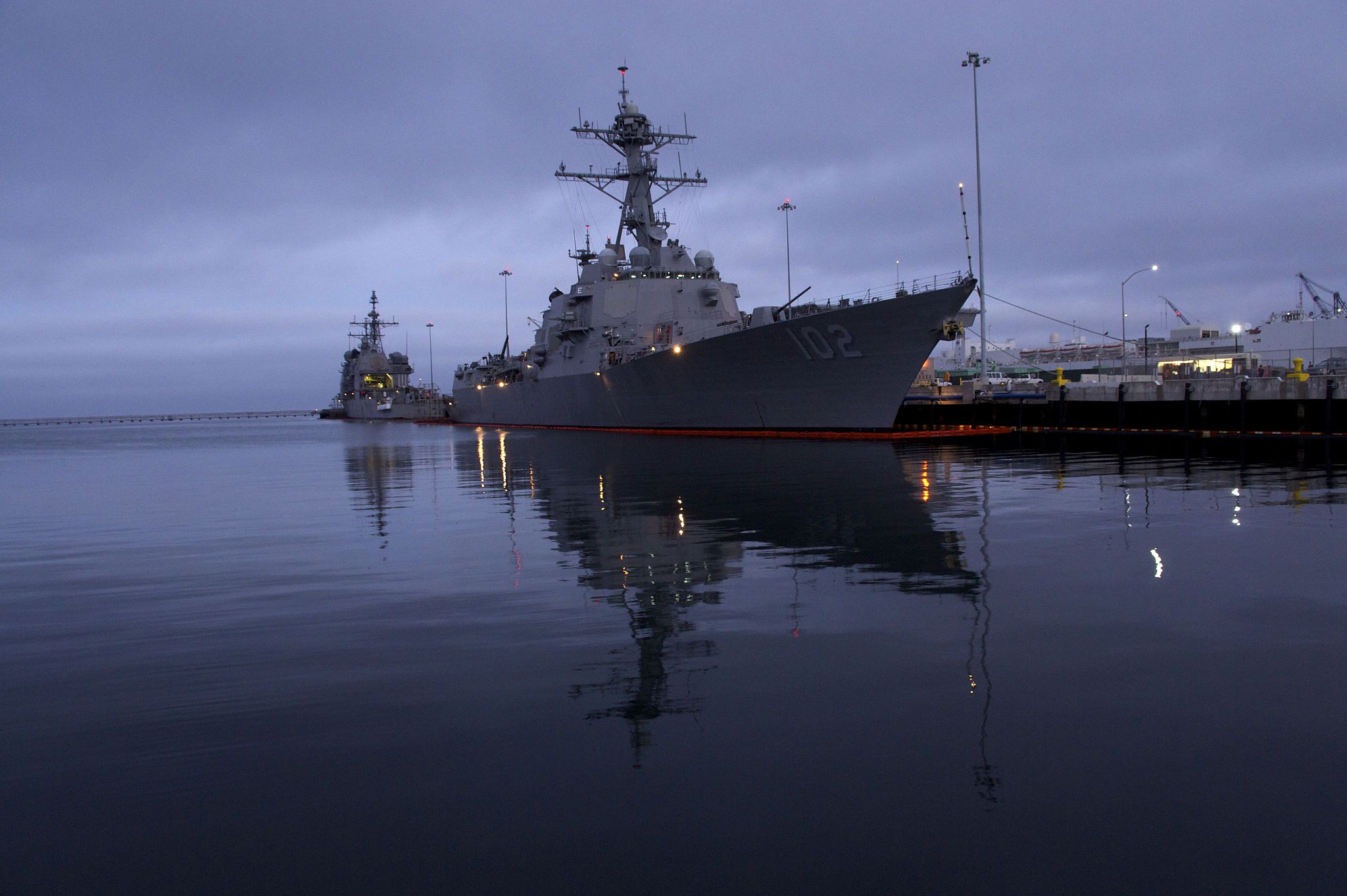 SAN DIEGO, Calif. – Two men working for Navy contractors at Naval Base San Diego were arrested and indicted in connection with two separate bomb threats earlier this year among dozens that have forced evacuations of ships and facilities at the busy naval installation and nearby shipyards, federal authorities announced late Thursday.

Roberto Rubio, 22, is accused of writing “9-24-16 400 bomb” on a wall inside the guided-missile cruiser USS Cowpens (CG-63) on Sept. 24 as it was berthed at BAE Systems’ San Diego Ship Repair Facility for scheduled maintenance, according to the federal indictment. Rubio, a San Diego resident who was working as a welder for BAE, then reported the threat to another contractor.

Joshua Rice, 26, allegedly scrawled the word “bomb” on the inside of a portable toilet on a pier where three Navy ships were berthed on May 17 and told Navy security personnel about the threat, authorities said. Subsequent searches turned up no dangers. Rice, of San Diego, was working for American Marine, a company specializing in ship coatings.

A federal grand jury issued separate indictments against the men on Dec. 7. Each man is charged with making a false report, which carries a maximum penalty of five years in prison and a $250,000 fine.

Rubio and Rice entered not-guilty pleas when they appeared separately before a federal magistrate in San Diego on Wednesday[Dec.14]. Each was released on bond, according to U.S. district court records. Rubio is due back in court for a Jan. 9 hearing while Rice is set for a Jan. 30 hearing.

The bomb threats disrupted operations and work at the busy base at 32nd Street and adjacent shipyards where Navy ships undergo scheduled maintenance and repairs.

Laura E. Duffy, the U.S. attorney for the Southern District, said in a statement that “making false bomb threats is taken very seriously by federal law enforcement, and it is a felony offense. This is not a legal or smart way of getting out of work.”

The Naval Criminal Investigative Service led the probe into the threats, just two of several dozen purported threats that San Diego base and security officials have grappled with this year.

“The bomb threats on and around Naval Base San Diego since November 2015 have had a huge negative impact on the efficiency and productivity of the shipyard’s efforts to maintain Navy readiness,” Gunnar Newquist, the special agent-in-charge of NCIS-Southwest field office, said in the statement. NCIS has received various tips during the investigation, which remains ongoing.

On Feb. 17, a handwritten note inside a portable toilet prompted base officials to evacuate Piers 4 and 5 as security teams searched ships and facilities in the area, the ABC affiliate 10News reported at the time. Nothing was found and the area was reopened a few hours later.

The following day, someone phoned in a bomb threat to the naval base, and security officials evacuated Building 36, the Southwest Regional Maintenance Center, Fox5 San Diego reported. A search came up empty.

On April 7, another bomb threat scrawled on a wall inside amphibious assault ship USS Essex (LHD-2) forced the evacuation of the ship and Pier 7. It was the 12th threat investigated by authorities at the San Diego base since November 2015, a Navy Region Southwest spokesman told Fox5.

On Aug. 3, a threatening message was found scrawled inside Essex, which was docked and undergoing a phased maintenance availability, but a search found no dangerous or hazardous devices, according to City News Service. It was the 32nd bomb threat incident being investigated by base officials, CNS reported.

Shipyard and NCIS officials in August announced rewards of up to $20,000 for information leading to the arrests in connection with the hoaxes.