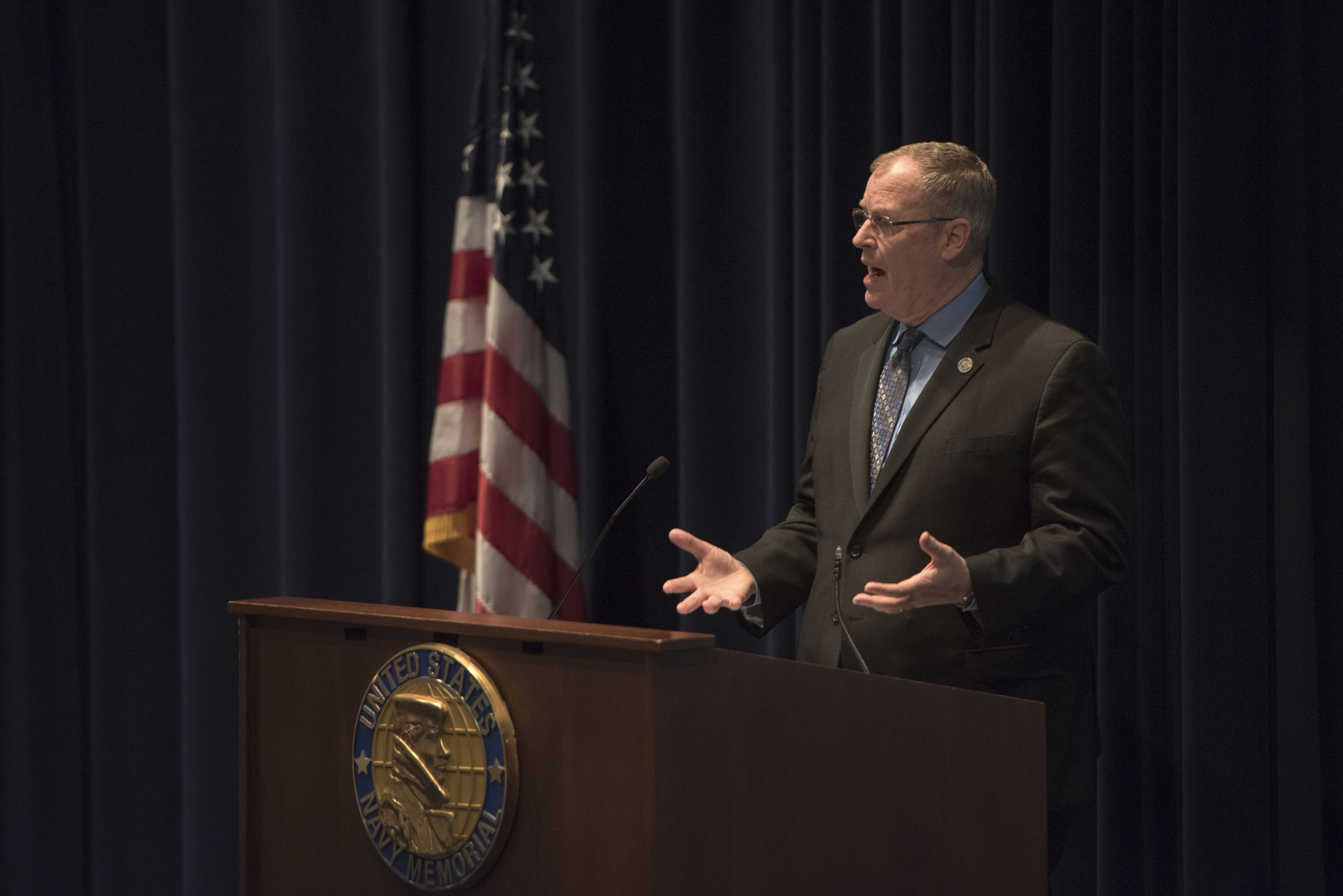 WASHINGTON, D.C. — The deputy secretary of defense told the incoming Trump administration that repealing the 2011 Budget Control Act spending caps would be a good start for helping the military but that additional money would likely only fill in budget holes rather than buy more ships and planes.

Bob Work, speaking Monday at the Future Strategy Forum at the United States Navy Memorial, said that even as much as $88 billion a year in additional defense spending would simply fill in “holes” in the budget rather than grow the fleet, and he advised against buying more platforms and people before these holes are addressed.

Walking through his math, Work said the five-year Future Years Defense Program includes a “$107-billion gamble” of Defense Department spending above current BCA limits, assuming the spending caps would be lifted. That comes out to about $21 billion a year.

“That’s the first thing we’re counting on. If we don’t get that $21 billion a year above BCA caps, then we will start cutting U.S. Navy ships and airplanes because we won’t have any other choice of what to do,” Work said.

Next, the current defense budget has $30 billion a year of base budget spending included in the Overseas Contingency Operations account, which is not subject to BCA limits, as a way to get around the spending caps. That spending – including the entirety of the European Reassurance Initiative – covers enduring requirements that will need to be put back into the base budget as soon as possible.

Third, from about Fiscal Year 2022 until 2043 the Pentagon will spend about $17 billion a year on recapitalizing the nuclear triad.

“If you tell us we will pay for it out of our topline, then we will cut $17 billion of something else, be it conventional (deterrence), or being more efficient, or whatever it is, we’ll cut $17 billion a year,” Work said.

And finally, Work said there’s about $20 billion in risk the fleet is taking from not properly funding maintenance, munitions procurement, facilities repairs and more that has been cut, scaled back or postponed to keep within BCA spending caps.

“If I went out to any fleet commander and said, hey, what do you think about maintenance (spending levels)? Well, I don’t really like maintenance. What do you think about our munitions inventories? Man, I don’t really like that either,” Work said.
“And so I would estimate that there’s probably another $20 billion a year to fix the holes that we’ve dug. … I can state with certainty as the [chief operating officer] of this great department that at this resource level our forces are too big. Why? Because we have taken risk in Army modernization, we’ve taken risk in munitions, we’ve taken risk in facilities modernization. But with the stress on the force, we can’t go lower, so we’re holding the force structure and we’re taking this risk. I would say it would probably take $20 billion a year to fill that risk in.”

So, he concluded, it would take about $88 billion a year to continue on with current modernization plans and current operating plans without today’s budget risk.

Work said he met with the transition team recently to go over the Third Offset Strategy and strategic planning efforts within the Pentagon, though he declined to say how the Trump team responded.

“All we did was say this is the way we looked at the problem, and I don’t really want to say anything about the conversations we had on what they might be thinking,” he said.

President-elect Donald Trump released few specific policy proposals for defense and acquisition in particular during the election season, but he did say in a September speech that he wanted to increase force structure and move towards a 350-ship Navy. Work repeatedly cautioned against moving too quickly to expand the military and said instead the services needed to make sure they had the right tools to deal with the current and future operating environment.

“I’ll tell you right now, if I had $20 billion a year right now, I wouldn’t buy more force structure. I would really focus on cyber vulnerabilities, making sure the C4I (command, control, communications, computers and intelligence) grid is resilient, can withstand repeated assault,” Work said.
“I’m much more of a capabilities guys right now than I am a size guy. I know we’ve had this conversation over a long period of time: I’d like to have both – if we had enough money, man, that would be great. … There’s a lot of things we would want to fix before I’d say let’s start growing the size of the force.”