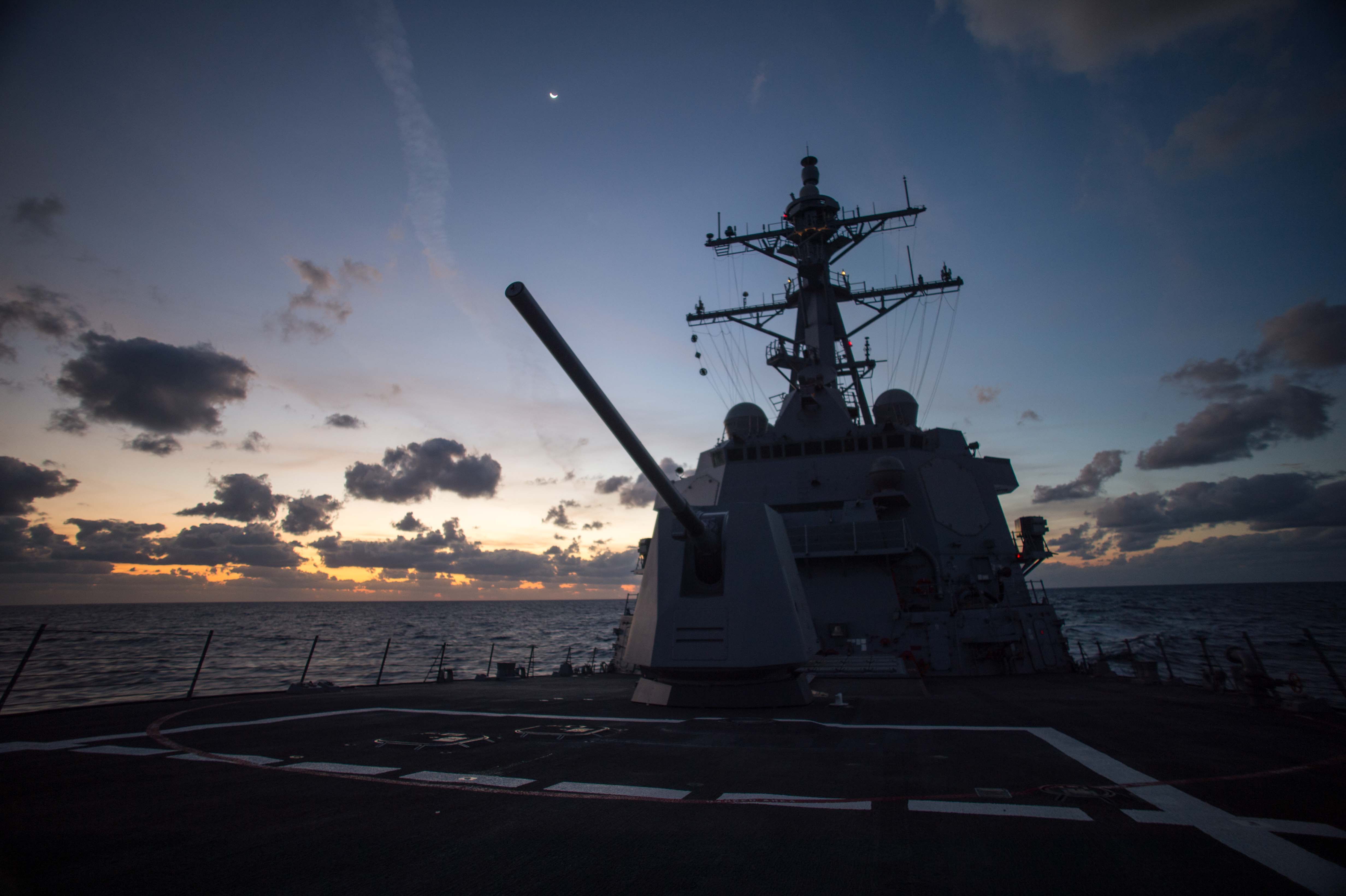 The future guided-missile destroyer John Finn (DDG-113) completed its acceptance trials earlier this month and is one step closer to commissioning later this year, the Navy announced last week.

During acceptance trials, which wrapped up Nov. 3, the the U.S. Navy’s Board of Inspection and Survey (INSURV) required the ship and its crew to complete a series of tasks to validate the quality of the ship’s construction and its compliance with Navy ship specifications.

Tests were conducted both pierside and underway and proved the crew could operate all systems including “navigation, damage control, mechanical and electrical systems, combat systems, communications, and propulsion applications,” according to a Navy news release.

“This has been an extremely rigorous set of trials, and I am confident that we will deliver a highly capable warfighting platform to our Sailors and the fleet,” Arleigh Burke-class destroyer program manager Capt. Casey Moton said in the news release.
“John Finn‘s performance as the first restart ship has been exemplary, and we’re looking forward to maintaining that high quality of construction and performance as we continue to build and deliver Arleigh Burke destroyers.”

The Navy built 62 Arleigh Burke-class DDGs before stopping the program in 2005, and the service in 2008 decided to restart production. That interruption in continuous production put at risk the cost, schedule and quality of the restart ships, as builders and others involved in the program left to find new work and did not necessarily return when destroyer production resumed. Program officials originally thought DDG-113 would commission by this summer, with that schedule slipping some, but the Navy’s news release praised the quality of the ship and its warfighting systems. 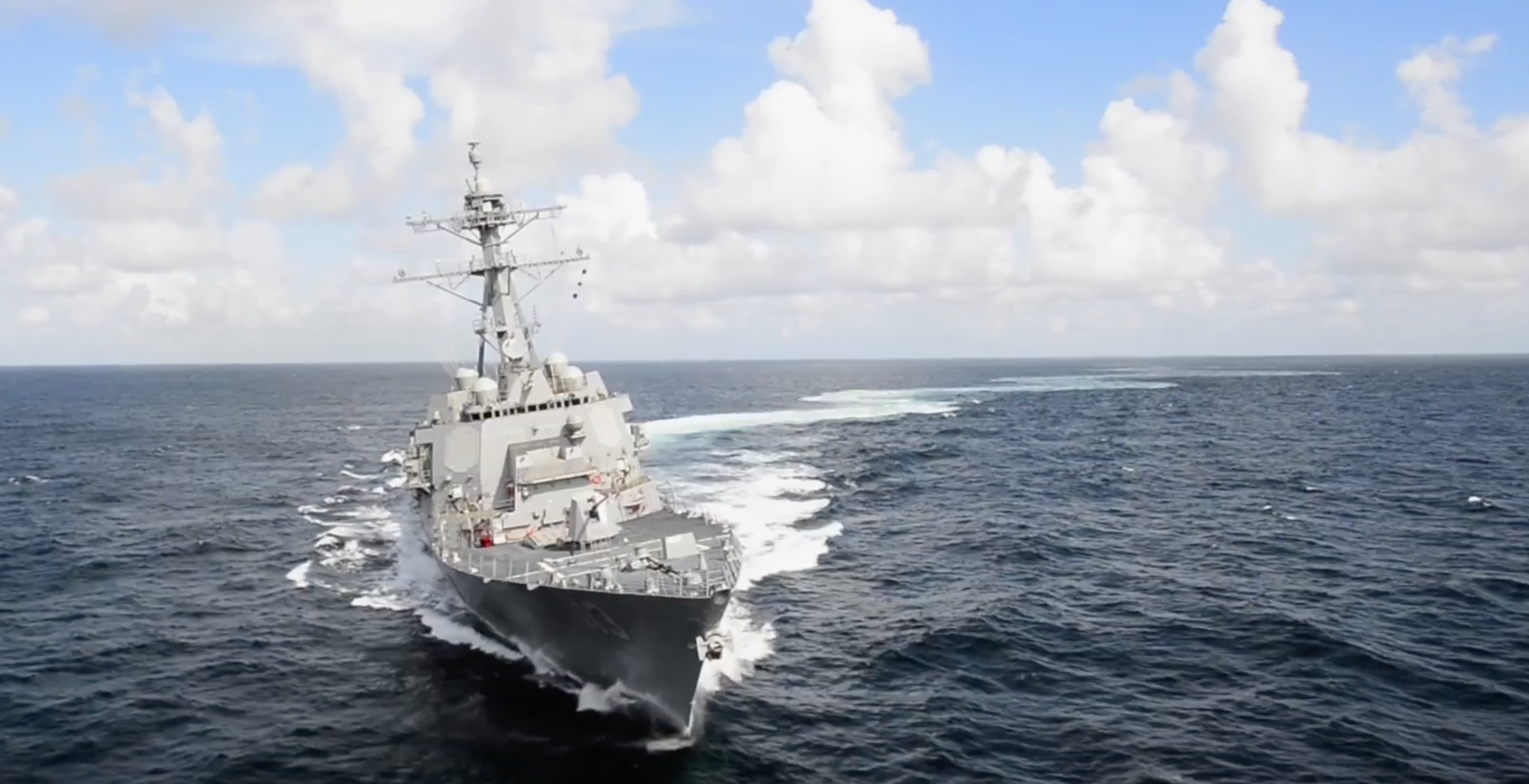 John Finn (DDG-113) during builders trials in the Gulf of Mexico. HII Photo

Brian Cuccias, president of Ingalls Shipbuilding – the yard that build John Finn and one of two yards building the DDG-51s – told USNI News in May that “when we were in the heart of Arleigh Burke destroyers before, the team building the ship, part of their role was to develop the shipbuilders for the next platform. And so when you have a platform that runs out, there’s no retraining and redevelopment. So when you have the five-year gap between 110 and 113, the leadership that was there, the leadership in the yard – we basically had to start identifying, who’s going to be the leader in these areas? How do we train them? How do we become more effective? People who have never been on a destroyer, they’re kind of on a T1 (first unit) learning curve on that ship. So it’s that effect rather than, oh they’re hitting T14 or T18 or whatever it is.”

John Finn and the rest of the restart ships will deliver to the Navy with the same Aegis capability that older ships are gaining through modernization efforts – chiefly, the Aegis Baseline 9. This ship will be a Flight IIA design like its predecessors before the production gap, with the introduction of a Flight III design coming later in the program.