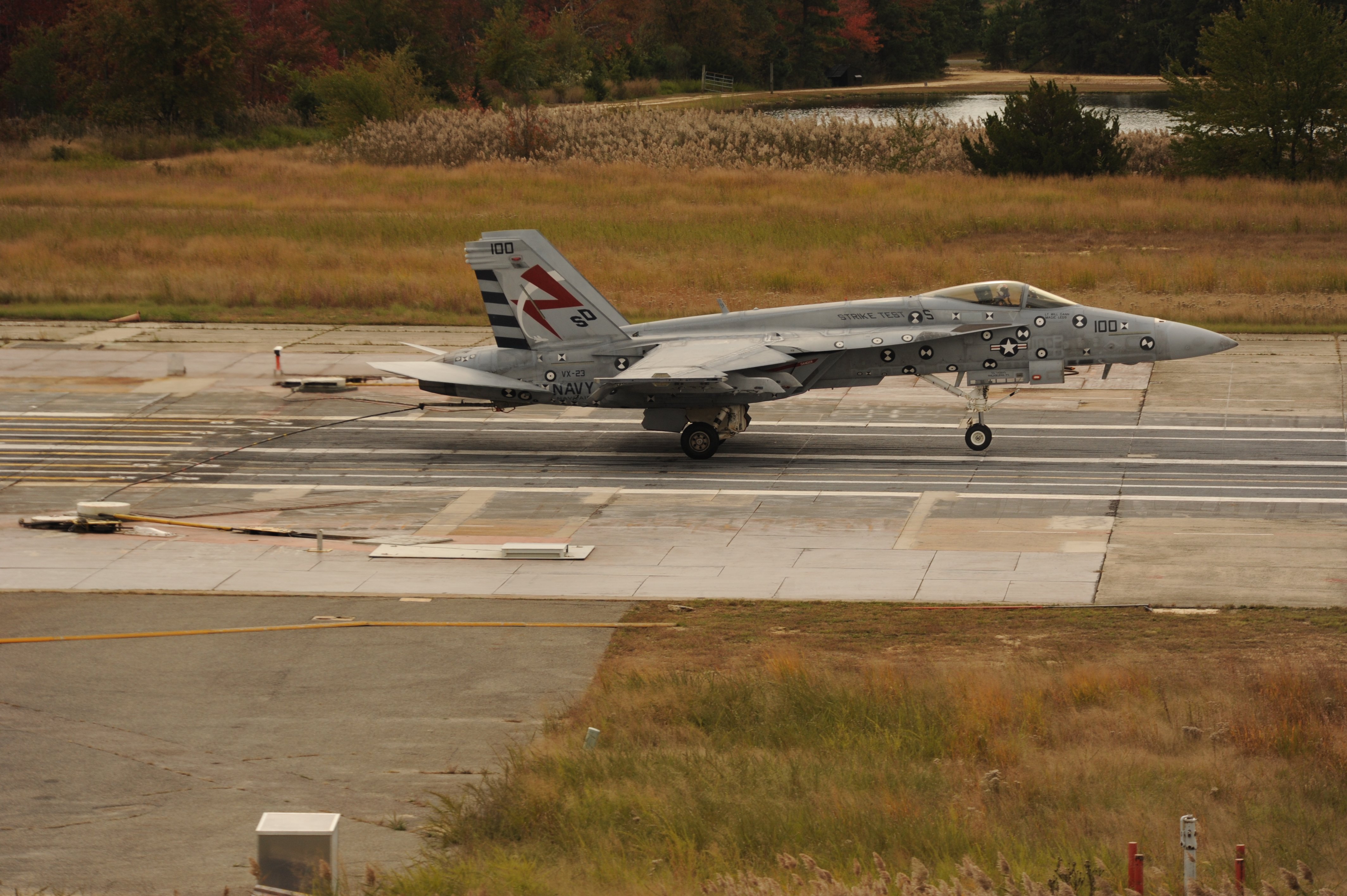 Last month, Naval Air Systems Command successfully landed an F/A-18E Super Hornet at its land-based test facility in Joint Base McGuire-Dix-Lakehurst, in Lakehurst, N.J. 12 times in a day with no problems in a little-publicized test and shipboard testing of the AAG system on Ford is doing well, said Vice Adm. Tom Moore.

“We have got a shipboard unit installed at the runway assisted landing site, not just at the jet car test site, and we’re actually putting real aircraft on it — which is the point we needed to get to,” he said.
“What I’m seeing today on AAG and what I’ve seen consistently is we will have an aircraft recovery bulletin for Super Hornet by February. I just came from a detailed brief on that we’re on track to do that.”

AAG, one of several new technological firsts on Ford, has suffered several design and reliability problems over the last several years drawing scrutiny of the Senate Armed Services Committee and several sources in the Navy told USNI News in May the service may consider using a modified version of the older Mk7 MOD 3 hydraulic arresting system in follow-on Ford carriers like John F. Kennedy (CVN-79) and Enterprise (CVN-80).

In 2015, the service announced a key component of the AAG, the water twister — a complex paddlewheel designed to absorb 70 percent of the force of a landing — has been under engineered and the process of finding the fix cost the Navy two years in testing delays. However, Moore said that the recent positive signs at Lakehurst and on Ford point that system will be ready when the ship delivers to the service — likely sometime next year.

“When that ship delivers we’ll be ready to land aircraft on AAG. I think 78 is doing much better and I think we’ll have a fully functional system,” Moore said.
“I don’t want to presuppose any decision but I believe if the system functions the way it does on 78 — and given where we are on CVN 79 and the construction of the ship — that it’s a very strong and viable path forward for us.”

While the system is showing more success in the recent testing than it has in years, there is ongoing scrutiny of the AAG program from the Office of the Secretary of Defense and Congress that could still have an effect on the progress of the program regardless of testing success.

A look into the AAG is one of five components of a review of the Ford carrier program by the Pentagon’s chief weapons buyer, Under Secretary of Defense for Acquisition, Technology and Logistics (AT&L) Frank Kendall.

“What we have to determine now is whether it is best to ‘stay the course’ or adjust our plans, particularly for future ships of the class,” Kendall wrote in an August memo to Secretary of the Navy Ray Mabus obtained by USNI News.
“The first step in that process has to be a completely objective and technically deep review of the current situation.”

In addition, the AAG system could also be the subject of a Nunn-McCurdy breach if the version of the Senate’s National Defense Authorization Act for the 2017 budget — currently in conference — passes due to changes according to language in the new legislation.

In report the Senate Armed Services Committee released with its proposed Fiscal Year 2017 defense authorization bill, the SASC laid out a pattern of cost increases from about a $476 million in costs for research development and acquisition in 2009 for four systems to a 2016 cost estimate of $1.4 billion – about a 130 percent increase when adjusted for inflation.