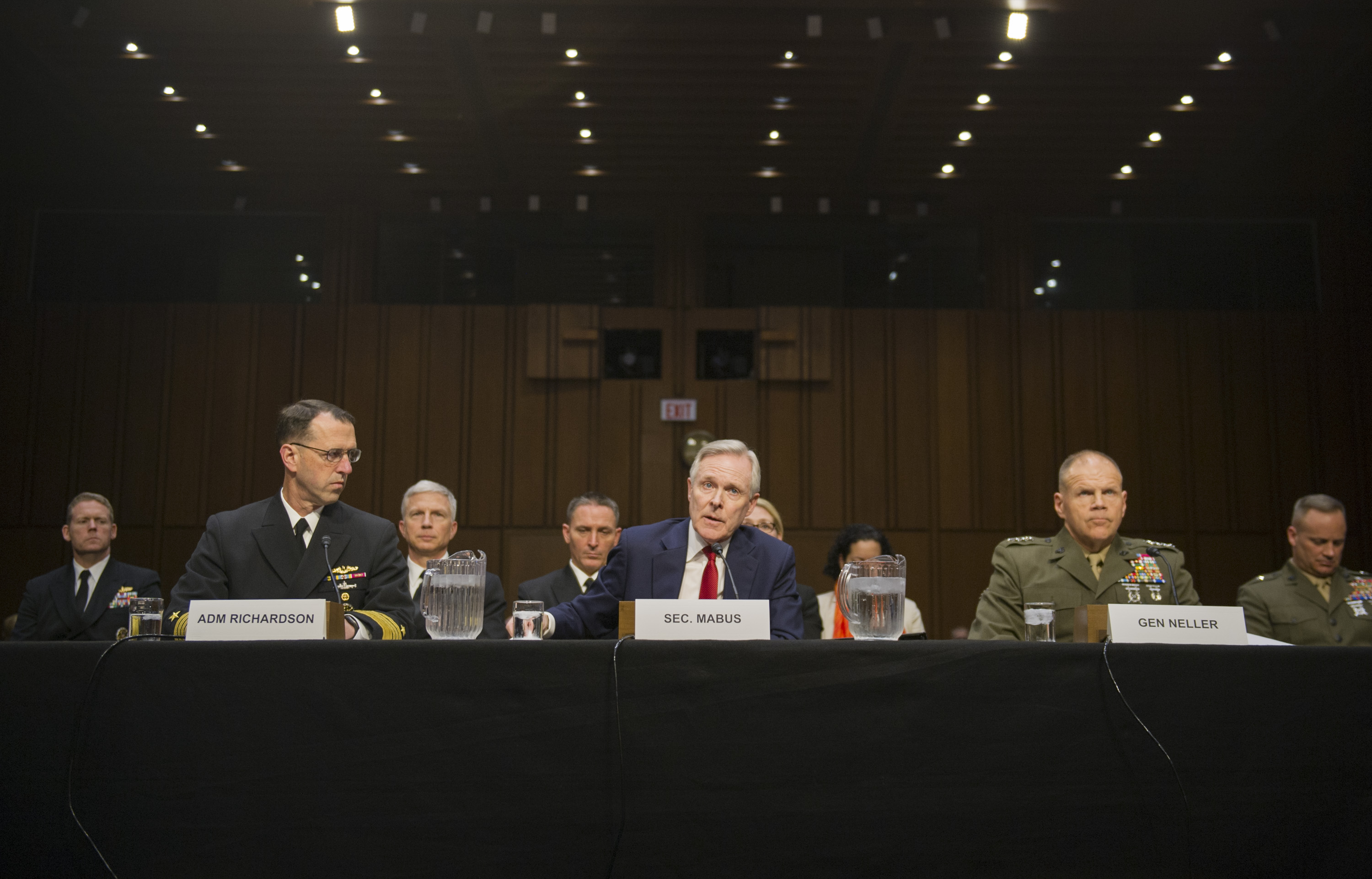 Secretary of the Navy (SECNAV) Ray Mabus testifies before the Senate Armed Services Committee on the Department of Navy’s fiscal year 2017 budget and posture. US Navy Photo

Navy leadership will change how it crafts its budget in an effort to focus on strategic needs rather than starting the process with spending limits front and center, Vice Chief of Naval Operations Adm. Bill Moran told USNI News last week.

The service issued a planning document this month that outlines the new effort, setting out a path for budget planners across all of the Navy’s missions to transparently plot the Navy’s budget submission for Fiscal Year 2019.

In developing the submission for the FY 2018 budget, CNO Adm. John Richardson felt there was “less of a discussion about strategic priorities upfront than he would have liked and a lot more of that in the end,” Moran said.
“We felt like we should be doing that front-end work sooner to better inform the process.”

The new process starts with a strategy phase led by the Deputy Chief of Naval Operations (DCNO) for Operations, Plans and Strategy (N3/N5), with the budget submission officers and numbered fleets supporting the effort. Following the strategy phase, the Navy will move through a requirements and resources phase before arriving at the final product to be turned into the Office of the Secretary of Defense.

“The end product of the… development process will be a strategy-based, fiscally balanced and defendable Navy Program for submission to OSD, which appropriately implements OSD fiscal and programming guidance, addresses [Secretary of the Navy] and CNO priorities, and achieves the best balance of strategic guidance,” read the message sent out on Oct. 16, 2016.

In the past, different departments would submit their requests into a database without knowing what the other department’s submitted to the Navy’s chief financial officer.

“That is normally kept tightly controlled, it’s held very closely throughout the process,” Moran said.
“In a certain point throughout the process, the resource sponsors got to dump their data into the database and [service’s chief financial officer] would look at it and make decisions based on executability.”

Instead, the submissions into the database will be visible to those in the Navy involved in the budget process so decisions can be made transparently. The idea is the more scrutiny the process gets, the fairer it will be to the departments fighting for dollars in an era of tight budgets.

Mark Cancian, a senior advisor the Center for Strategic and International Studies, told USNI News the Navy’s challenge will be to effectively blend the strategy and programmatic elements of the new budget process.

“Sometimes it’s hard for strategists to grapple with programmatic issues,” said the former Marine who formerly who worked on Defense Department budgets for the Office of Management and Budget.
“I’m skeptical that you can make it stick.”

“We didn’t enter into this realignment of staff functions and where people work without an eye toward the 25 percent mandate,” he said.
“[But] it would be foolish of us to institute a new process without looking at what the staff resources were to support that process. To some extent it was part of the rationale but it certainly didn’t start the conversation.”