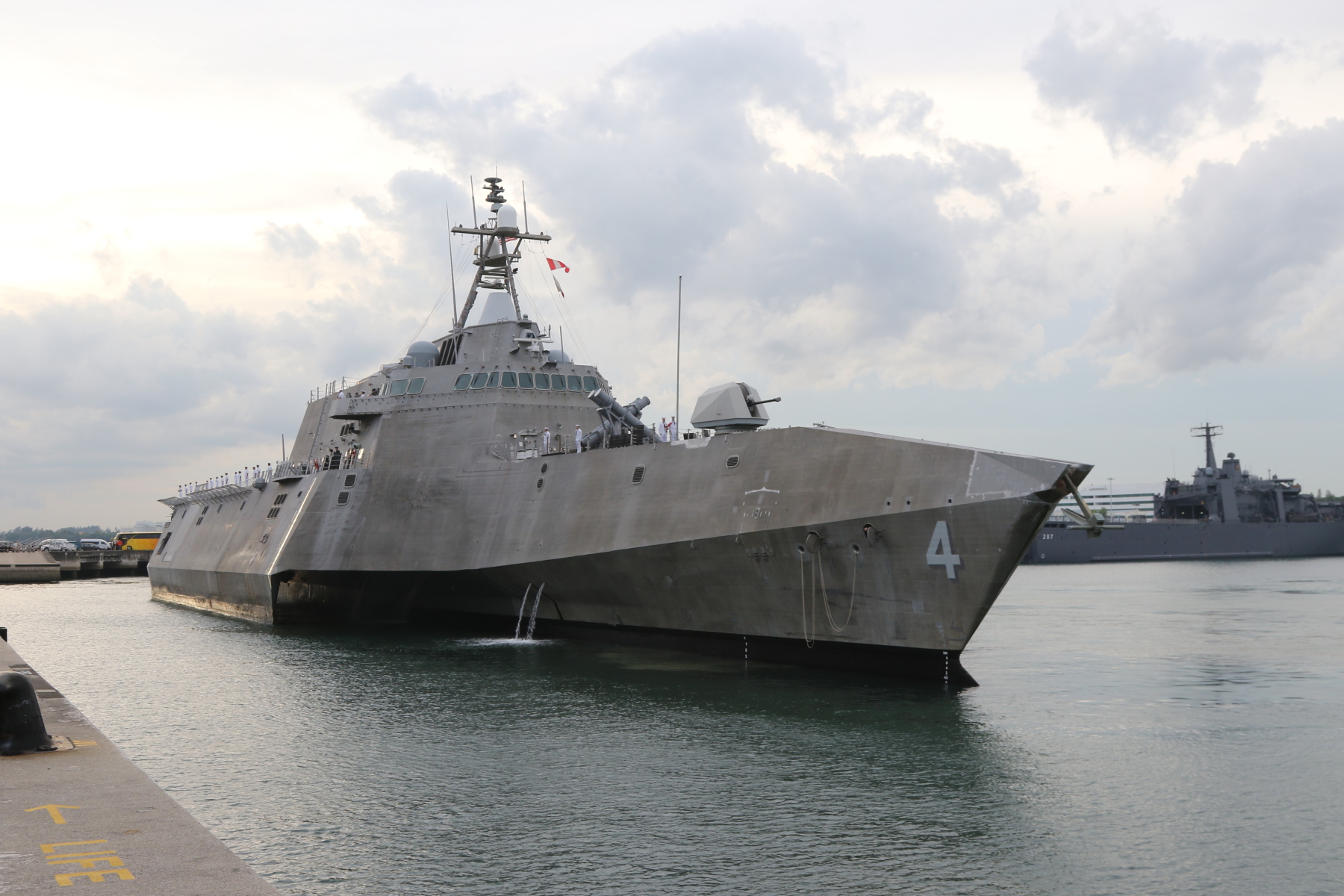 CHANGI NAVAL BASE, Singapore — USS Coronado (LCS-4) has arrived in Singapore to begin a scheduled rotational deployment to the Indo-Asia-Pacific, marking the first time the trimaran-hulled Independence-class Littoral Combat Ship has been deployed to the region.

Coronado berthed at Singapore’s Changi Naval Base in the late afternoon on Oct. 16, and is the third LCS to be deployed to Singapore following the previous deployments of the USS Freedom (LCS-1) and USS Forth Worth (LCS-3)respectively. Coronado takes the place of Fort Worth, which returned to its homeport of San Diego in early October after almost 23 months away.

Speaking to USNI News, Captain H. B. Le, commodore, Destroyer Squadron 7 said that the Independence’s deployment is scheduled to last 16 months, adding that “having an Independence-variant deployed to South and Southeast Asia will further expand the operations we can conduct with regional navies, as well as the rest of the AOR.”

“The rotational deployment of littoral combat ships is an important part of our nation’s rebalance efforts to the Indo-Asia-Pacific,” said Rear Adm. Don Gabrielson, Commander, Task Force 73. “Littoral combat ships are ideal for South and Southeast Asia, easily integrated into exercises and operations in the shallow and congested sealanes, enhancing U.S. presence and deepening ties with allies and partners.”

This deployment also marks the first deployment of the MQ-8B fitted with the Telephonics Corporation AN/ZPY-4(V)1 radar, which will be used to improve the situational awareness of the Fire Scout operators and the ship’s crew in maritime and littoral environments.

According to Northrop-Grumman, the radar gives a beyond the horizon broad area search and track capability to track up to 200 targets and operates in surface search, terrain mapping, emergency beacon detection, and weather avoidance modes. Previous Fire Scout deployments have only utilized the FLIR Systems Brite Star II day/night Electro-Optical turret with a laser target designator.

The Fire Scouts and Seahawks are part of Helicopter Sea Combat Squadron Two Three (HSC-23), which forms part of the Coronado’s combined crew of about 100 sailors. Prior to the deployment to Singapore, Coronado and her crew took part in the multinational Rim of the Pacific (RIMPAC) exercise off Hawaii, where Coronado conducted the first LCS-based launch of an RGM-84 Block 1C Harpoon anti-ship missile.

Singapore, which will host the U.S. Navy’s LCS deployments to the region, is not a formal ally of the United States, although it is a strong supporter of the U.S. security presence in the region and is also an important port of call for U.S. military ships and aircraft transiting the region.