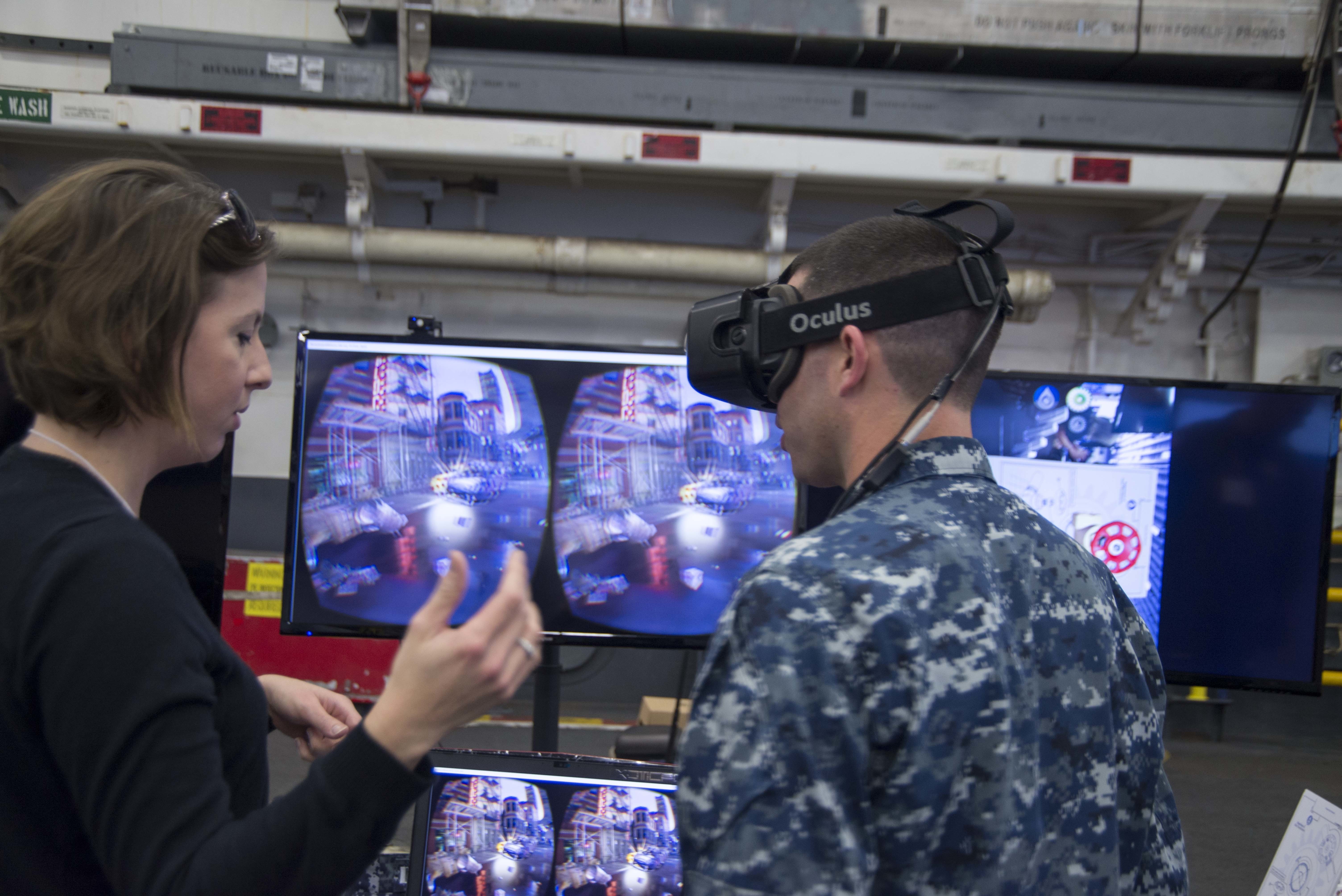 MARINE CORPS BASE QUANTICO, Va. – The Department of the Navy is working with Congress to gain support and trust for prototyping and rapid fielding efforts that help the military keep up with evolving technologies and threats while balancing lawmakers’ need for oversight, the Navy’s acquisition chief told USNI News.

The Navy and Marine Corps have both launched innovation campaigns to identify and address areas where the services can invest in technologies – sometimes commercial off-the-shelf products, sometimes products used elsewhere in the U.S. or foreign militaries – to improve warfighter effectiveness.

And yet, lawmakers have seemed uneasy. This spring a Defense Department reprogramming request – which allows funding to be moved from its original line item into others mid-year, with the approval of the House and Senate armed services committees and defense appropriations subcommittees – was denied. According to documents obtained by USNI News, the House and Senate appropriators denied the request to move $10.2 million into an Advanced Combat Systems Technology budget line in the Navy’s research, development, test and evaluation account.

That money would have paid for “rapid prototype development and experimentation in FY 2016 to transition technology solutions into products that address recently identified emerging warfighting capability needs as defined by the fleet, operational commands, and to include the newly established Naval Warfighting Development Centers,” according to the reprogramming request document. Specifically, $8.7 million would go to developing unmanned aerial vehicles that can perform “long range, persistent Intelligence, Surveillance and Reconnaissance – Targeting (ISR-T) and strike” missions for a Surface Action Group, with electronic warfare payloads mentioned in the program description. The other $2 million would develop a “low-cost high-speed precision mortar capability with significantly increased range.”

The Marine Corps’ Assistant Deputy Commandant for Resources Edward Gardiner last week at the Modern Day Marine exposition expressed his frustration in the inability to get money moved around in the year of execution.

“The Congress is getting more and more difficult to deal with in the year of execution. For example, the Department of the Navy sent over a $600, $700 million reprogramming request; a substantial amount of that was not approved out of the committees just because it’s a more contentious environment,” he told a group of most industry representatives.
“So if you come to us with good ideas of what you want to do and you need to do it right now, there’s only so much we can do. I’ve got less money lying around that we can put up on a reprogramming to send to the Congress, and the chances of it getting through the Congress are even less. So we can’t really rely on that anymore. We’ll do it for the commandant’s top priorities, but it will take a lot of resources and time away from the leaders of the Marine Corps to get that through. So for the 50 other great ideas that are out there, I don’t have the resources or the capital to be able to bring that home in the year of execution.”

Assistant Secretary of the Navy for Research, Development and Acquisition Sean Stackley told USNI News on Thursday that he has engaged with lawmakers to help explain not only the need for flexible funding for prototyping efforts and the need for rapid fielding in some cases, but also how lawmakers can maintain an oversight role outside of the traditional acquisition process.

“We’re spending a lot of time working across the four committees to try to give them clear understanding of what our strategy is and, as specific to the extent we can … provide specifics on these rapid prototype-type projects, because the first go out of the shoot with the budget, they saw the line items, they saw the request, they didn’t fully understand what’s inside of it,” he said of the reprogramming request.
“So we’ve been spending time with them to explain: here’s what’s inside of it; here are the types of projects that we have cued up that come from the fleet, that they have identified as these are important, urgent; and that we would look to go ahead and press forward first with prototyping to understand what the solution is.”

Stackley said that explaining what was in the reprogramming package was step one, as a short-term fix. Step two, to ensure future success when requesting rapid prototyping funding, “is ensuring that they have the degree of visibility and ability to perform their responsibilities as it relates to oversight. And so we want them to understand the process that we’re using, for identifying and prioritizing the needs, these needs that we want to move out on. And not just the process: how do they then monitor that process so they can see how we’re selecting, but equally important, how we’re executing the funds that they entrust with us.”

Stackley made clear that the Navy is not trying to use the guise of rapid prototyping to buy major systems. Instead, it’s helped the Navy and Marine Corps buy quadcopters, tablets, 3D printers and other technologies to begin to understand how they could help change the way warfighters operate.

“We’re talking about taking emerging needs and getting those requirements into the hands of our labs, our warfare centers, our engineers, our scientists and industry to start to identify what the technical solution is, what the fix is that will fill the need, so that we can cut time out of the equation.”

The executive and legislative branch will have to agree upon some way to budget money for these prototyping efforts, some of which may not have surfaced as requirements during the months lawmakers and service officials are hammering out a final budget. Stackley noted that relying on mid-year reprogramming requests to fund prototyping efforts as they’re identified would be untenable.

“You don’t want to have to rely on the reprogramming process to deal with urgent types of requirements. It’s not a reliable process – and I say not reliable, you can’t count on it and it’s not necessarily timely,” he said.
“And if you don’t have the ability to count on it and it is not timely, then everything that you’re trying to do in terms of increasing your speed (for fielding technology) is defeated.”

Stackley highlighted the need to get technology development right, in a speech to the Marine Corps Association on Thursday night. He called the new Marine Corps Operating Concept a “call to arms” to develop “those next-generation capabilities that are critical to supporting the operating concept, and we need to do so with a sense of urgency unlike the pattern we are so familiar with as we develop today’s large weapons systems.” While impossible to predict what the next fight would be, he said it would be important to invest in technological superiority in intelligence-collecting, information warfare, air dominance, sea control, logistics and the ability to maneuver in blue water or the littorals.