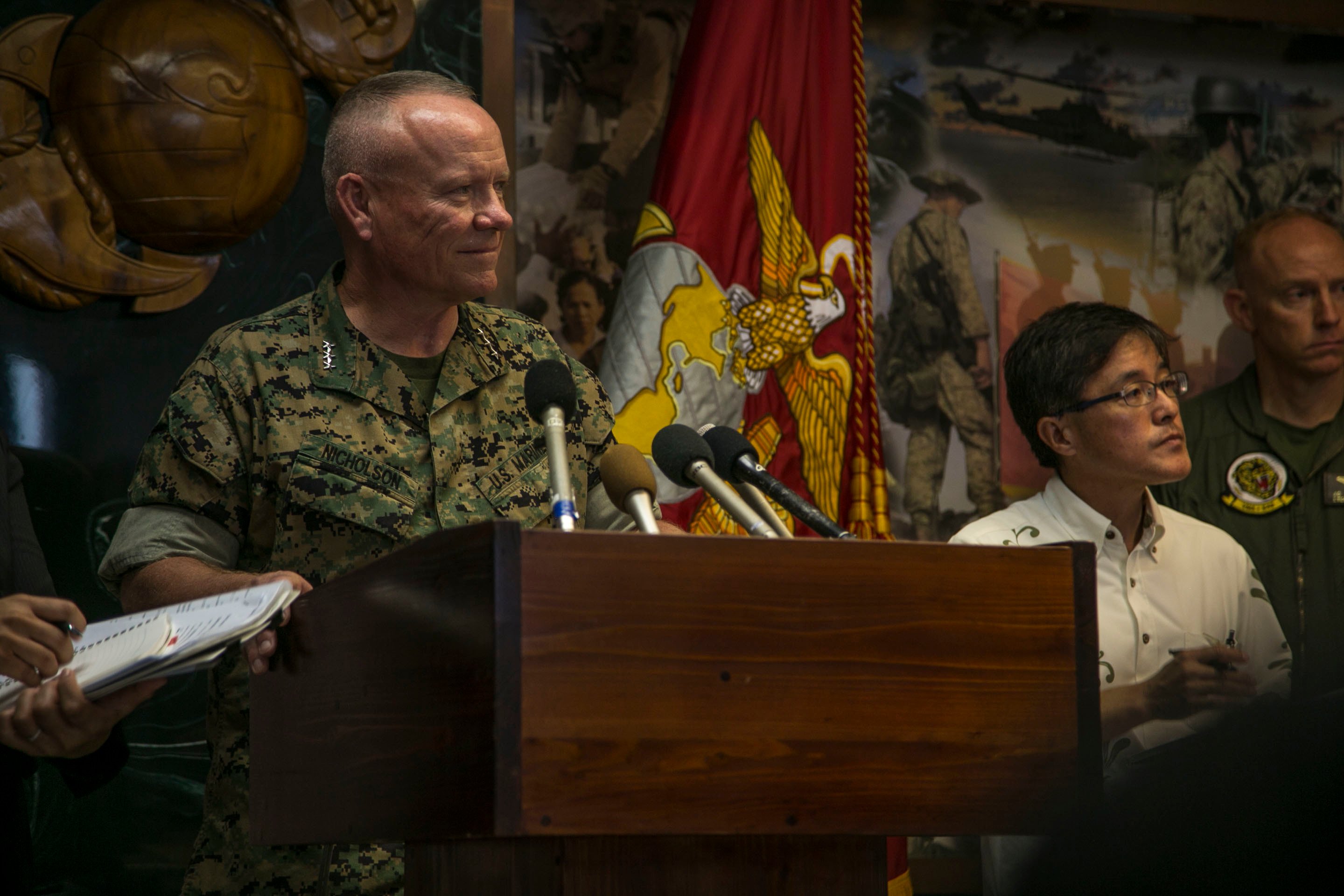 The Marine Corps will resume AV-8B Harrier operations out of Japan this Friday, after a Sept. 22 crash led to a two-week stand-down to inspect the planes and review procedures.

A Harrier pilot from Marine Attack Squadron (VMA) 542, Marine Wing Liaison Kadena, who was attached to 31st Marine Expeditionary Unit, crashed about 115 nautical miles off the coast of Okinawa. He safely ejected, was rescued by U.S. Air Force and Japanese coast guard units, and has since been medically cleared to return to his unit. A Marine Corps public affairs office in Okinwa told USNI News that the pilot was “performing routine training in support of the Treaty of Mutual Cooperation and Security” at the time of the crash.

“Immediately following the incident, I initiated an investigation and instituted an operational pause, restricting the flight of all Harrier aircraft on Okinawa until I was confident they could be flown safely,” III Marine Expeditionary Force commanding general Lt. Gen. Lawrence Nicholson told reporters today at Camp Foster, Okinawa.
“Since the incident, and to ensure utmost safety, squadron aircrews and maintenance personnel have been diligently reviewing their standard operating procedures, safety of flight procedures, technical procedures, inspecting material readiness and a host of other activities.”

Nicholson said all the planes in Japan have been inspected and “preliminary reports from ongoing investigations do not identify the incident’s cause as systemic in the aircraft, aircrew or maintenance.”

He added that VMA-542’s command culture and personnel and material readiness were inspected and found to be sufficient to resume flight operations. He did not say what caused the crash and added that the investigation is still ongoing.

Maj. Gen. Charles Chiarotti, commander of U.S. Forces Japan, said in the same press event that the Marines must balance safety with their obligation to fulfill treaty obligations to Japan.

“The United States and Japan face emerging security challenges in the 21st Century, but what has not changed is our commitment to our allies, and the bilateral alliance between our nations is critical to peace and prosperity in the Asia-Pacific region,” he said.
“When accidents occur, we have a responsibility to thoroughly investigate them and ensure the continued safety of our flight operations. I have the utmost confidence in our pilots, maintainers, and the support personnel who work every day to strengthen our alliance, especially in the face of these daunting security challenges. As Marine Corps Harriers resume normal flight operations in Japan, we will continue to do everything possible to safeguard the community, to include pre-flight inspections, pilot inspections, and post-flight inspections every time we fly.”