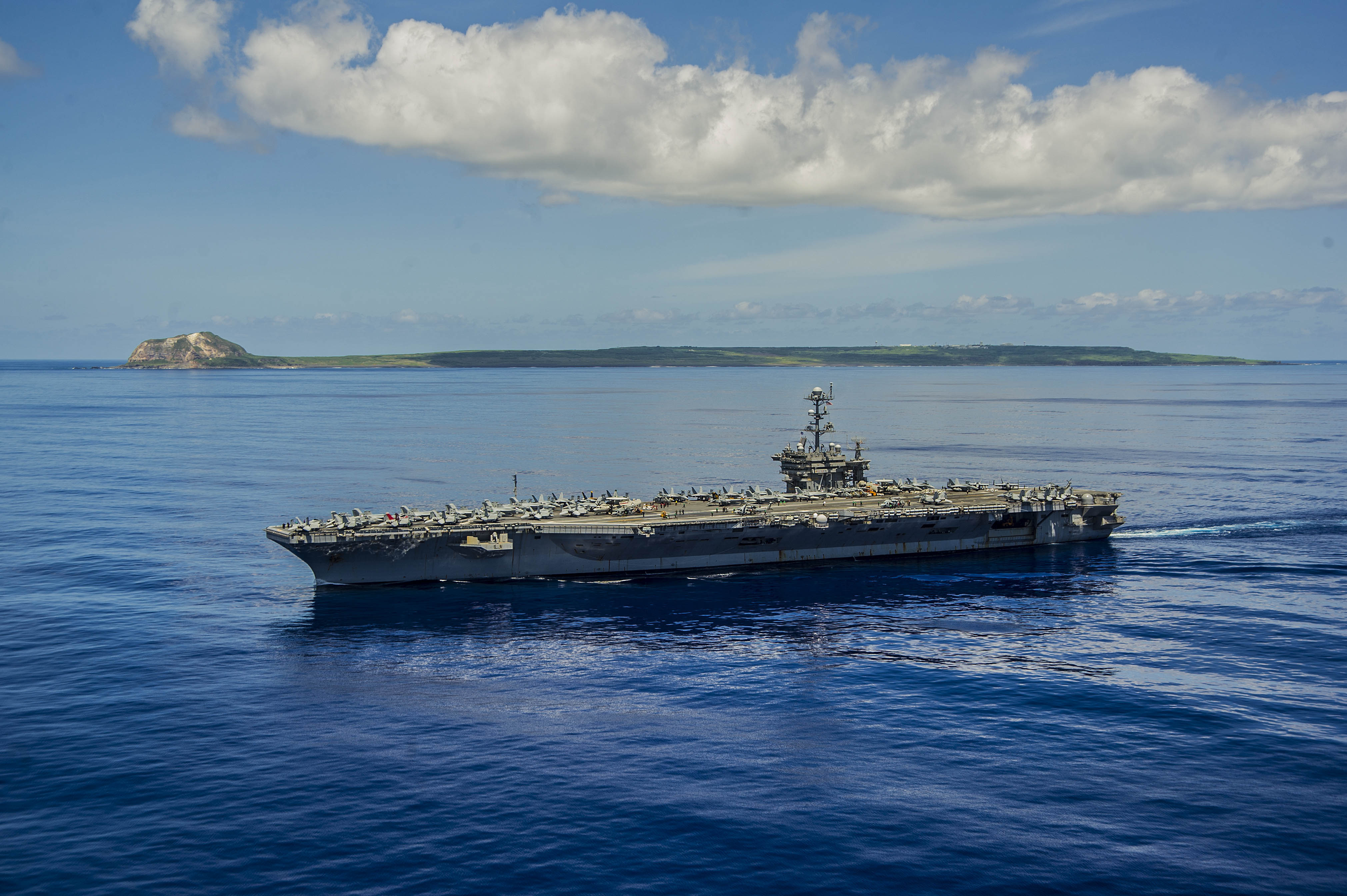 USS George Washington (CVN-73) is underway near the island of Iwo To, formerly known as Iwo Jima on Sept. 7, 2014. US Navy Photo

THE PENTAGON – Ahead of the potentially devastating effects of Hurricane Matthew on Haiti and Cuba, the U.S. Navy is assessing what it could bring in support of disaster relief efforts to the region, a service official told USNI News on Monday afternoon.

The Naval Station Norfolk, Va. based aircraft carrier USS George Washington (CVN-73) and amphibious warship USS Mesa Verde (LPD-19) are being considered to support the aftermath of Hurricane Matthew that is forecast to pass over western Haiti and eastern Cuba.

According to a Monday night forecast from the National Oceanic and Atmospheric Administration, the Category 4 hurricane could cross over Haiti early Tuesday and rake the coasts of both Haiti and Cuba.

“Matthew, one of the most powerful Atlantic hurricanes in recent history, was about 140 miles south of westernmost Haiti at 5 p.m. EDT (2100 GMT) on Monday, the U.S. hurricane center said. It is expected to bring between 15 and 40 inches of rain to parts of Haiti and the Dominican Republic,” reported Reuters on Monday.

Ahead of landfall, 700 U.S. spouses and children were evacuated from Naval Station Guantanamo Bay, Cuba via Air Force transport planes, while the 4,800 troops assigned to the base — as well as 61 detainees held at the military detention facility at the base– stayed, Pentagon spokesman Capt. Jeff Davis told reporters on Monday.

Following the storm, the military personnel will work to make repairs on the base to support the likely disaster relief effort for Haiti.

“The hurricane could be especially devastating for Haiti as much of the country’s infrastructure remains weak after the 2010 earthquake that killed more than 200,000 people,” CNN reported on Wednesday.
“Haiti continues to recover from a post-quake cholera outbreak that killed another 10,000.”

During U.S. military response to the 2010 quake – Operation Unified Response – the Navy sent 17 ships, 10,000 sailors and almost 50 helicopters to assist in the effort following the quake.

Guantanamo Bay was a key logistics hub for Unified Response and its airfield provided a lily pad for airlifted supplies into the capital of Port au Prince.

While the Navy is considering what it could send, no plans are official.

Pentagon spokeswoman Lt. Col. Valerie Henderson told USNI News on Monday the Defense Department has not received any formal request for assistance and the department was continuing to monitor the situation.