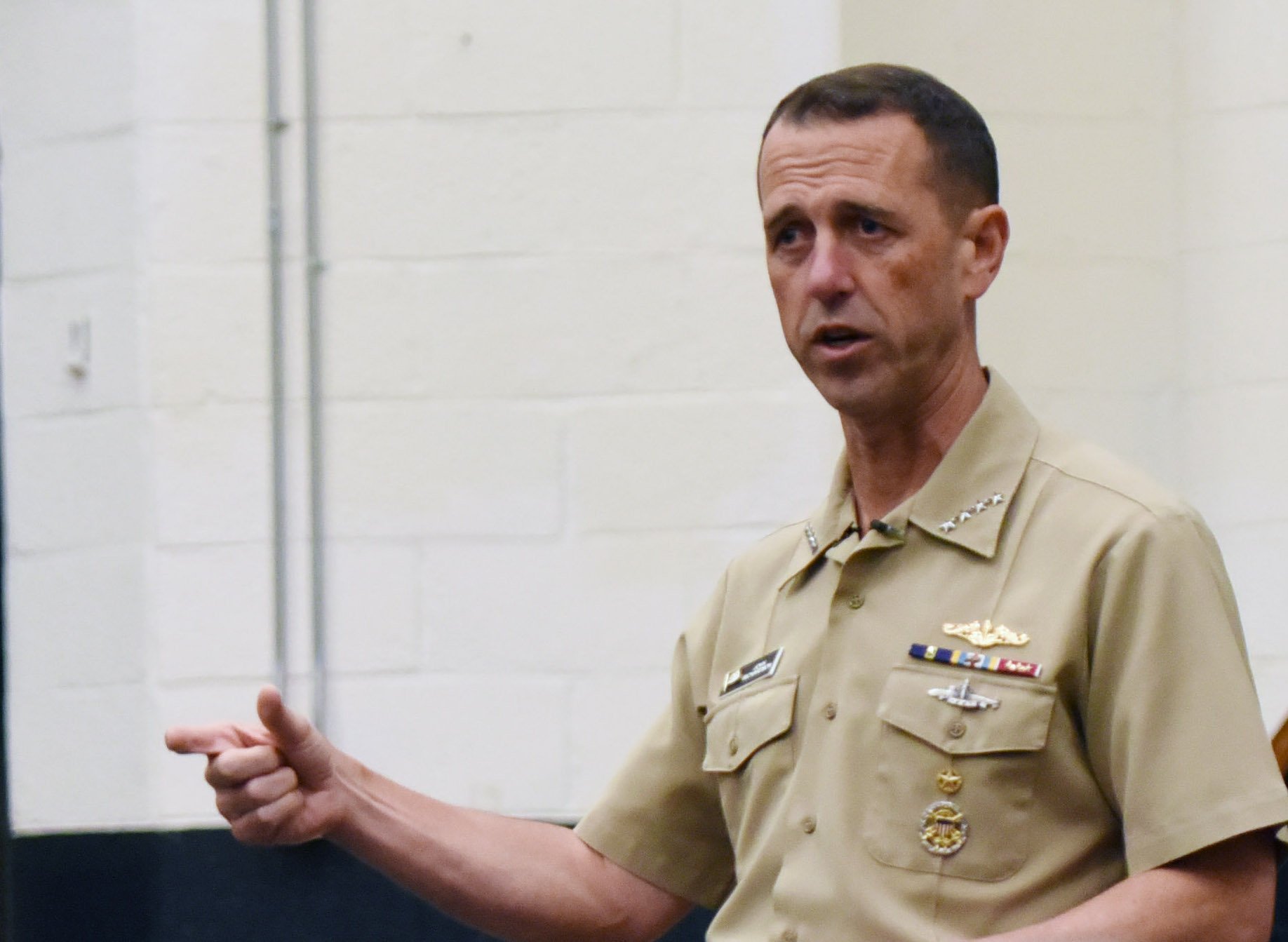 WASHINGTON, D.C. — As Pentagon terms-of-the-moment go, Anti-Access-Area Denial has been on the forefront of strategic conversation across the services and military academia for more than 15 years. Now, Chief of Naval Operations Adm. John Richardson said his service will stop using the term for the sake of clarity.

In Tuesday remarks as part of a U.S. Naval Institute – CSIS Maritime Security Dialogue, Richardson made it clear that A2/AD as shorthand will be discouraged from Navy communication from now on.

“To ensure clarity in our thinking and precision… We’ll no longer use the term A2/AD as a stand-alone acronym that can mean all things to all people or anything to anyone – we have to be better than that,” he said.
“Since different theaters present unique challenges, ‘one size fits all’ term to describe the mission and the challenge creates confusion, not clarity. Instead, we will talk in specifics about our strategies and capabilities relative to those of our potential adversaries, within the specific context of geography, concepts, and technologies.”

Denying an enemy access to a particular piece of air, land or sea is a strategy as old as warfare but the term entered the popular military consciousness in the late 1990s and the early 2000s as a shorthand for the modern threat the U.S. faces as precision weapons proliferate to potential adversaries, Bryan Clark with the Center for Budgetary and Strategic Assessments told USNI News on Monday.

The A2/AD grew in popularity in the early 2000s as the Pentagon’s Office of Net Assessments – headed then by Andrew Marshall – focused on China’s military capability.

“Over time China’s development of long-range precision strike capabilities would provide it with the means to begin shifting the military balance in the western Pacific progressively in its favor, increasing the risks that [Beijing] would one day be tempted to undertake coercive or aggressive acts against U.S. allies and partners in the region,” wrote Andrew F. Krepinevich and Barry D. Watts in their book on Andrew Marshall, The Last Warrior: Andrew Marshall and the Shaping of Modern American Defense Strategy.
Since then, “as a shorthand it’s probably outlived its usefulness,” Clark said.

Richardson said seeing potential conflict through just the proliferation of guided weapons or a fortress of “red arcs” around mainland China in which the U.S. could not operate was also less than helpful. 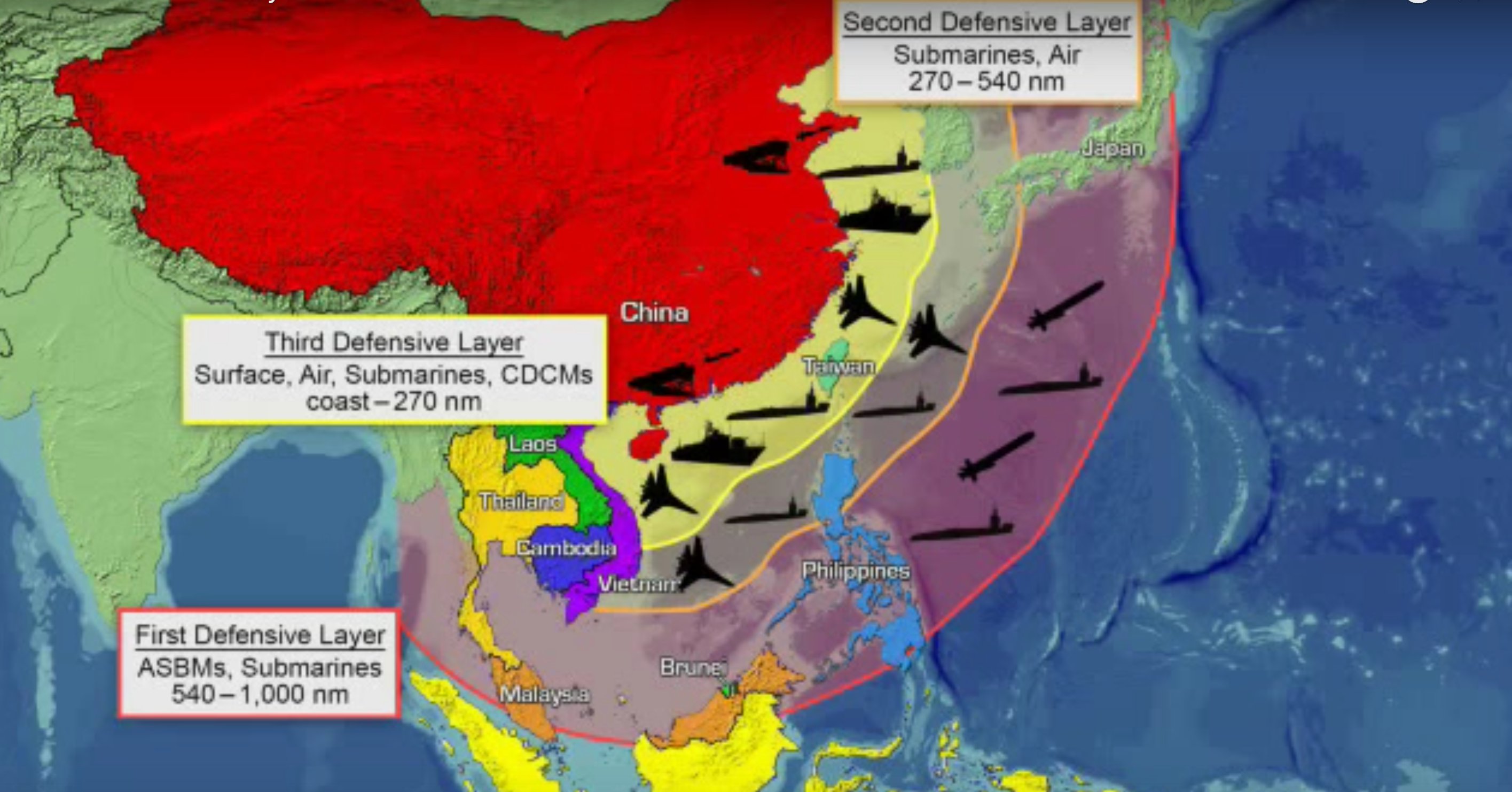 “It’s also true that these systems are proliferating, they’re spreading but the essential military problem that they represent is largely the same that we’ve appreciated and understood for sometime,” he said.
“It doesn’t mean that they don’t present a challenge but we fixate on A2/AD we’re going to miss the boat on the next challenge. We’ll fail to consider that thing right around the corner that will entail a fundamental shift and takes the contest and competition to the next level.”

As an example, Richardson asked, “What must be done to stay ahead of our adversaries when essentially any place in the world can be imaged in real time, on demand, with video? That world is right around the corner.”

Shedding troublesome terminology in an effort to recast a Pentagon effort is by no means a new phenomenon.

Early last year, the Office of the Secretary of Defense changed the name of the controversial Air Sea Battle Office – the group tasked with countering the A2/AD threat on a larger Pentagon level – to the Joint Concept for Access and Maneuver in the Global Commons (JAM-GC pronounced: Jam, Gee-Cee) and folded it into the Pentagon’s joint staff.