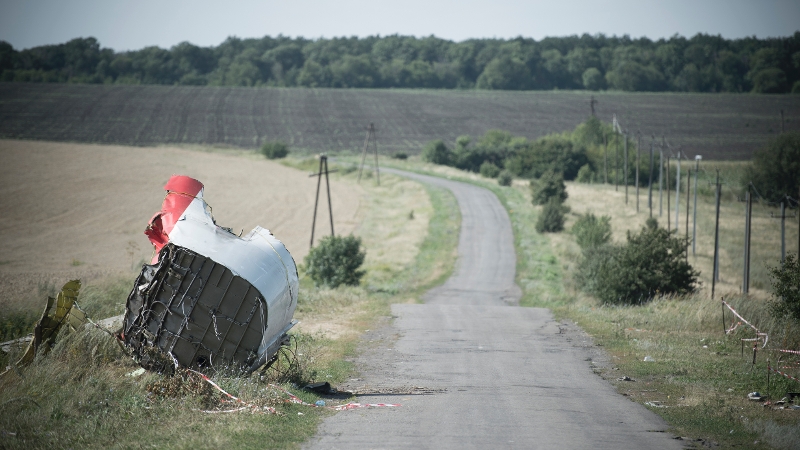 The carefully prepared and detailed analysis released this week by Dutch authorities showing that a 9M38 anti-aircraft launched from a Buk-Telar 17 shot down the MH17 flight on July 17, 2014 is probably not a surprise to anyone. What is noteworthy is the extraordinary level of detail – even by Dutch standards – of the investigation, and the strategic choices it foists upon Vladimir Putin and his boyars in the Kremlin.

The Dutch investigation was reported in detail by The Guardian, and includes translated phone intercepts, map and satellite image analysis and technical data from the crash site exploitation by aviation and forensic specialists. While there may not be the proverbial “smoking launcher” with a DNA-verified Russian finger on the launch button, the totality of evidence certainly supports a conclusion of extensive Russian actions and supporting, if not direct, complicity.

Even though a Boeing 777 is a wonderfully complex transport airplane, it is neither designed nor equipped to avoid targeting and destruction by a sophisticated weapon system such as the 9M38. While many may believe that is simply a case of “point and shoot,” it does take some degree of training and understanding to employ anti-aircraft weapon systems successfully. Air defense experts will tell you that Russia builds very capable systems and that they are renowned for ease of use, but that does not mean that they are easy to employ. Granted, compared to a twisting, turning, supersonic chaff-dispensing, flare-dropping, electronic jamming, fourth-generation fighter, the Boeing 777 was a sitting duck, but it still requires some knowledge, training and understanding to effectively employ this system and shoot down an aircraft.

It also requires a bit more skill to move it across an (alleged) international border, get it off of a separate transport, move it by track to a firing position, get the electronics and radars sighted and synchronized, fire the 9M38, move the transport to a recovery position and then transit back across the border to Russia. While the experienced fighters, in whatever uniform, participating in this conflict are certainly capable of a great many things, this kind of tactical operation – and the intelligence support required – are more than simple potato farmer or urban industrial separatists are usually believed to be capable of, or Janes. The 9M38 is an older version missile (SA-11 in NATO parlance), but against a 777 it is more than capable.

Russia has to make a choice in how to deal with this very detailed, antiseptic analysis by the Dutch and a team that also included members from Ukraine, Australia, Malaysia and Belgium. Other groups have come to similar conclusions, such as Bellingcat in the UK (who has subsequently been repeatedly cyber-attacked). So even as the Dutch report specifically avoids concluding that Russian forces executed the strike, the Russians have to decide how to deal with the most publicly damning report to date. There are three basic variants they can utilize. They can take the denial approach (“we did nothing and can’t believe ‘they’ did this and of course we would never sanction nor support something like this”), the condescending approach (“they can’t possibly really know the details of either the system itself or the forces engaged in the conflict”) or the confirmation approach (“we can confirm that what really happened was that….”). Each option presents strategic risks for Russia.

The first means that many will have to suspend disbelief. Russia has proven time and again – from Chechnya to Beslan to the Opera House, as well as in Afghanistan, Ukraine in the 1930s and countless other examples throughout Soviet/Russian history – that their concept of appropriate force has a different set of assumptions and calculations than ours. Russia may be playing a game with us, but they are playing it by their rules. For those of a certain age, long before there was the Iraqi Minister of Information (I & II) there were the Soviets in repeated news conferences presenting information that simply did not match the available evidence. And as the Koreans well know, this may not be the first time the Russians have been willing to shoot down a commercial airliner.

The second means that Russia has to admit to at least some level of detail about their overall operations along the Russian-Ukrainian border to prove that they really didn’t do it. The risk to this approach is that it means that Moscow would have to concede that they are in fact NOT in control of everything that happens, and there may be local commanders who exercise their own authority, especially rebel or insurgent leaders who, while anti-Ukrainian, may not be fully pro-Russian. Putin may not be willing to engage in this kind of speculation and “guarded open-ness.”

The third option means that Russia would have to reveal a lot of technical as well as tactical data about operations and equipment on the Ukrainian “eastern front.” To clearly and convincingly demonstrate that it was not “their” 9M38 and Buk-Telar launcher means that they would have to present a credible counter-story of what did happen and who did it. That would include detailed records of export data, as well as operational knowledge of what the allegedly independent insurgent-separatists are doing in the Donetsk-Luhansk regions.

This could hardly come at a worse time for Russia and Vladimir Putin. In July 2016, European Union sanctions were extended to run through the end of January 2017. There are new pressures on Russian energy exports, particularly Gazprom, that are running afoul of Poland’s and the EU’s energy security strategy, especially the “Third Internal Energy Package” and associated protocols. The anti-monopoly procedures are being applied to Russian energy to some degree – evidently what is fair for Microsoft is also fair for Russian energy exporters. Europe imports roughly $337 million a year in energy, of which $112 is Russian. If the EU continues to oppose Nordstream II, Southstream, Turkstream and other Gazprom initiatives, as well as those that affect Lukoil, Rusneft and other major energy extractor-exporters, that increases the effectiveness of the overall sanctions against Russia. It may be slow, but it is, at the very least, painfully disruptive to the targeted state.

True, there are strains and pressures on the “European Experiment.” BREXIT showed that quite clearly. The recent talk about revitalizing the “European Army” encourages the Russians that perhaps they are can further create and exploit cracks in the convergence of strategic interests between the EU and NATO. Greece is still broke, and evidently so is Deutsche Bank. The trans-Atlantic relationship is under renovation, with the cast of characters rapidly aging and changing. Merkel’s political base appears a bit wobbly even as former U.K. Prime Minister David Cameron is out of No. 10 and Parliament.

French President François Hollande is hosting Putin in Paris this week as Sarkozy and Marine Le Pen look to possibly replace him. Whatever they may be discussing, it is certain not to be another order of Mistral-class ships amphibious warships France built for Russia but then cancelled the deal. The U.S. presidential election is weeks away, but a strategic U.S. “return to Europe” is underway and will not change regardless of who wins. A Russian strategist, Alexey Khlebnikov, said this week that “If today the EU becomes more dependent on NATO and has no ability to be autonomous in its decisions, it is a big issue for Russia. Russia is indeed interested in an independent and autonomous EU.” Any decoupling of European governments and policies is a win for Russia, who has traditionally used this strategy to keep Europe “wholly dis-united.”

Vyacheslav Volodin, the “Gray Cardinal” who recently moved from First Deputy Chief of Staff for Putin to a new posting in the Duma, has his first crisis to handle in a more public role than he previously occupied. It will be very interesting to watch how the Moscow apparatchiki handle the dilemma the Dutch have created for them. How ironic that one of the largest countries in the world is being made to dance by one of the smallest in Europe. Whether the Russians “did” it – or not – is not actually the question now: the question is how the Russians handle it.