Some critics attribute the increased number of aggressive air-to-air intercepts and incidents at sea to what they argue is the current administration’s weak foreign policy. That claim raises some interesting points when analyzed. There is a strong counter-argument to such claims.

When coupled with intelligence that Russians are responsible for hacking U.S. political party databases, the spate of recent incidents in the Black Sea and the Strait of Hormuz suggests that America’s enemies are in fact taking direct actions to influence the November elections. This analysis will show that these actions against America’s forward-deployed aircraft and ships are not occurring because America is weak, but rather, it is because America’s enemies are attempting to set the conditions to weaken America post-November elections.

As a point of fact, intercepts near Russian territory should be expected when U.S. reconnaissance aircraft are operating near Russian airspace. They are in a word—commonplace. The U.S. Air Force is sure to return the favor when Soviet reconnaissance planes occasionally fly tracks near Alaska, or the Gulf Coast. Likewise, aggressive behavior by the Iranian Revolutionary Guard Corps Navy in the Strait of Hormuz is nothing new. However, those events have suddenly become more newsworthy because of the unprofessional conduct of the Russian pilots, and the aggressiveness of the IRGCN small boat captains. While the single dangerous intercept of the P-8 Poseidon in the Black Sea may be chalked up to poor airmanship, the multiple incidents by the IRGCN were clearly meant to be a form of strategic communications. What was the message it was were sending?

First to the Russian Black Sea intercept. The intercept itself was not unexpected, or as noted, unprecedented. What was alarming about it was the unprofessional manner in which it was conducted. It reasons that this was either a case of poor airmanship, or a deliberate display of aggression or perhaps both. Lending evidence to the possibility of poor airmanship, Norman Friedman wrote in the September issue of Proceedings that following a recent purge of officers for resisting more provocative tactics, “Russian officers are probably uncomfortably aware of how dangerous that is—to their own aircraft. It is particularly dangerous given the age of many of the aircraft and, almost certainly, their limited state of repair. It is one thing to display dramatic photographs of an Sukhoi Su-24 buzzing a U.S. ship, but quite another explaining the loss of such an airplane as it plunges into the sea”

On the other side of this coin is the possibility that the 10-foot closing distance on the P-8A Poseidon operating in the Black Sea was an intentional act of aggression. Turning again to the pages of Proceedings, there Capt. Thomas Fedyszyn in May 2016 wrote an important article titled “Putin’s Potemkin-Plus Navy.” Fedyszyn makes a convincing argument that Putin is in fact using the Russian navy to showcase Russian might around the world. Thus, the Sukhoi Su-27 Flanker pilot who risked a mid-air collision over the Black Sea onsept. 7 may very well have been another example of what Fedyszyn calls the “Potemkin-plus” factor. 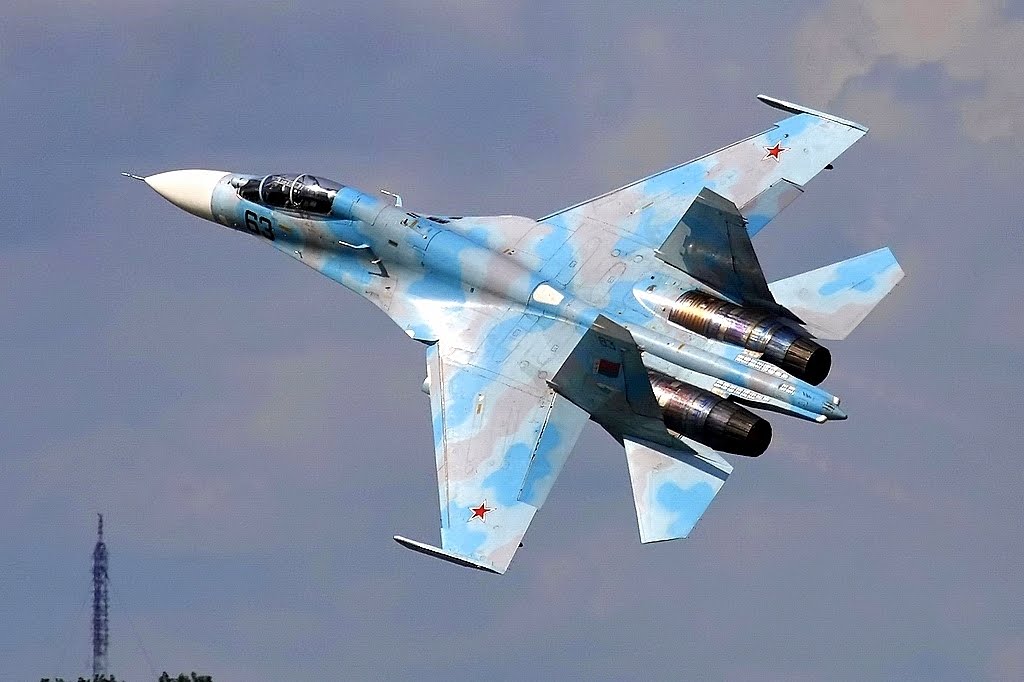 Whether it was poor airmanship or intentional aggression, the conclusion by critics in the United States that the intercept only happened because “America is weak” overlooks the obvious fact that the P-8A Poseidon was operating in the Black Sea. That small sea in Russia’s back yard is an area that was for many years considered so sensitive, or dangerous to U.S. reconnaissance aircraft that it was completely avoided by U.S. ships and aircraft. It was only Russia’s aggressive actions in this region that spurned a return of American warships and aircraft. Thus, rather than backing away as tensions in this region have mounted over Russian actions in the Ukraine and the Crimea, the United States has actually stepped up its presence in this region. Likewise, the Persian Gulf incidents between the U.S. Navy and the IRGCN are occurring in the sensitive waters of the Strait of Hormuz where the U.S. Navy will continue to exercise the right of innocent passage.

While there is room to criticize U.S. foreign policy, it is simply not true that U.S. military presence around the world is weak. America would not be showing the flag and operating in sensitive areas like the Black Sea, and the Strait of Hormuz if it was in fact relinquishing air and sea space to its enemies. It is a point of fact that U.S. aircrews and sailors have been conducting military operations in the skies and at sea in international air/sea space in vicinity of Russia and Iran precisely because of the tensions between the United States and those nations.

Over the span of the past 50 years, thousands of aircraft intercepts occurred between U.S. and Soviet aircraft during the Cold War, and they still routinely occur in airspace near China. One overlooked lesson that can be drawn from observing the recent spate of incidents is that the U.S. airmen and sailors operated professionally and legally, even when provoked. The contrast between the conduct of the Boeing P-8A Poseidon aircrew and U.S. sailors compared with that of the Russian pilot and the crews of the IRGCN small boats should be noted with pride, not criticized as too passive of a response. As the old saying states, “Discretion is better part of valor.”

Forward-deployed U.S. forces are frequently confronting challenging, and often dangerous situations in sensitive areas around the globe. American airmen and sailors deserve more credit for their professionalism and tactical acumen while operating on the tip of the spear. Their demonstrated competence, and discipline in dealing with these dangerous incidents are a clear indication of American strength.

Now to the question of why are these incidents occurring? The response of Russia and Iran may in fact be intended to influence U.S. politics. As noted by a number analysts, the one thing that IRGC and Vladimir Putin have in common is that they want Donald Trump to win the presidential election. Russia clearly sees an opportunity to have a U.S. president who will help them fulfill their decades-old objective of weakening, or destroying the NATO alliance; and the militarists in Iran have stated that they would welcome the demise of the Joint Comprehensive Plan of Action (the Iran nuclear deal).

As an instrument of the far right in Iran, the IRGC believes that a President Trump would be far more likely to derail the nuclear deal, which they view compliance with as a humiliation for Iran. Hossein Shariatmadari, a leading voice among Iran’s hard-right militarists was quoted as saying, “The wisest plan of crazy [Donald] Trump is tearing up the nuclear deal.” Shariatmadari deemed the nuclear deal a “golden document” for the Obama administration and one that has caused nothing but “damages, humiliation and deception.” One must also speculate that Iran’s staunchest militants would like to resume the halted enrichment activities and move beyond being a nuclear threshold state to full membership in the nuclear club.

When carefully considered, a better conclusion to be drawn from the recent spate of incidents in the Black Sea and Strait of Hormuz is that they are not occurring because the U.S. is weak; rather, it is more likely that they are an effort by enemies of the U.S. to try to create the conditions that they believe will make America weak. After all, there are unprecedented indications of foreign meddling in this election; it would be foolish to brush these indications off as irrelevant. It is possible that these incidents are another attempt by the same foreign governments to steer the U.S. election in a desired direction. The key questions for the critically minded observer is what direction are America’s enemies attempting to tilt the election, and why are they attempting to tilt it in that direction?

Those in the United States who have forgotten that in the not-so-distant past, matters of national security stopped at the water’s edge, should think carefully about who is benefitting from the noise before joining the chorus that opines “America is weak.” The probability that foreign powers are attempting to exploit the divisive American political landscape this autumn is a matter that needs to be seriously considered by those concerned about our national security.