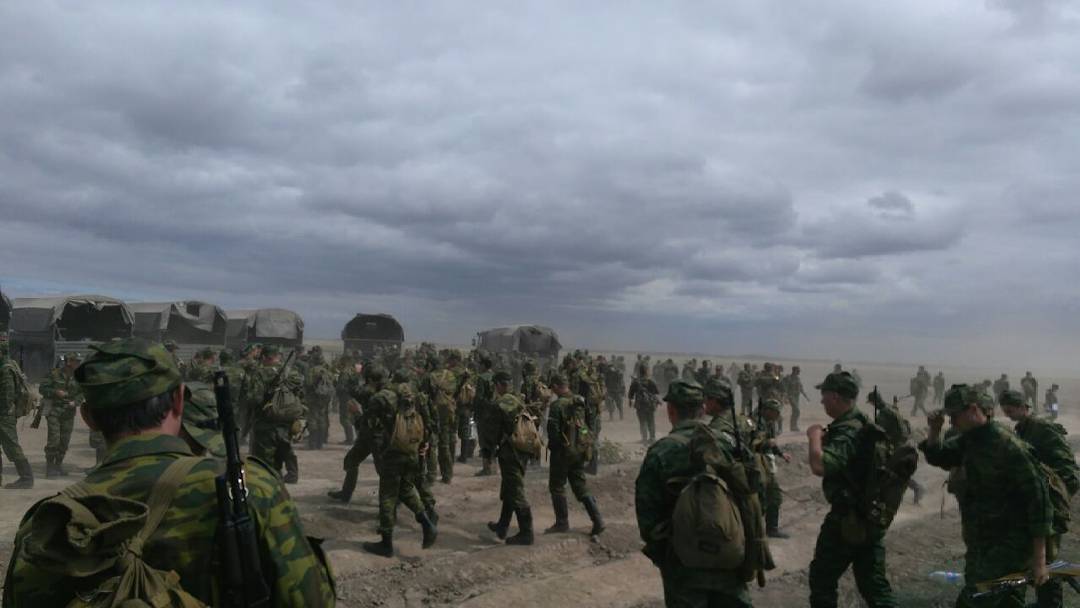 Russia is simultaneously conducting operations along the eastern Ukraine border, participating in large bilateral naval exercises with China in the South China Sea and conducting large-scale amphibious exercises in the Black Sea around the Crimean peninsula. The Russian Navy has subs operating in the Baltic Sea off Latvia, continues to professionalize its force, and is attempting to sustain a large upgrade in force capabilities matched with no-notice military inspections in most military districts. At the same time, it continues operations in Syria and the eastern Mediterranean, demonstrating resolve and constancy there.

It may not be 1984 again, but it certainly is not 1994 or 2004 either. Incorporated into what appears to be an overarching strategy to assert Russian primacy in their self-identified “near abroad” the Russians are doing several things simultaneously, the most important of which may well be the large-scale exercises in Crimea as part of an apparent larger strategic war game. While many may argue the relative merits of various aspects of Russian power, sanctions, diplomatic isolation and other lines of effort, there is no denying that Russia is synchronizing a strategy to keep Europe off-balance, potential allies encouraged and possible enemies deterred from the Baltic to the Black Sea and further afield.

Russia, as Winston Churchill and others have noted, is particularly enigmatic. This is only heightened by the fact that Western Europe and the United States have not produced a cohort of Russia-focused strategists since the mid-1990s. Academic and government institutions that produced droves of Soviet Union specialists during the Cold War are as empty as the runways of former U.S. air bases in England and Western Europe. What was the academic-industrial scale production of “Russia hands” has, at best, become a boutique or niche product.

The Crimean exercises show that while Russia may have endured a rather tumultuous decade from 1993 until the middle of the 2000s that period is finished. Granted, shore to shore amphibious exercises are not the same as say, Operation Torch (Allied World War II invasion of North Africa) or Operation Iceberg (the invasion of Okinawa), but they nonetheless require a great deal of planning and sophisticated execution. The Russians used to land perhaps a battalion of naval infantry during the U.S. led BALTOPS from 2004-2007 as participants in the exercise. 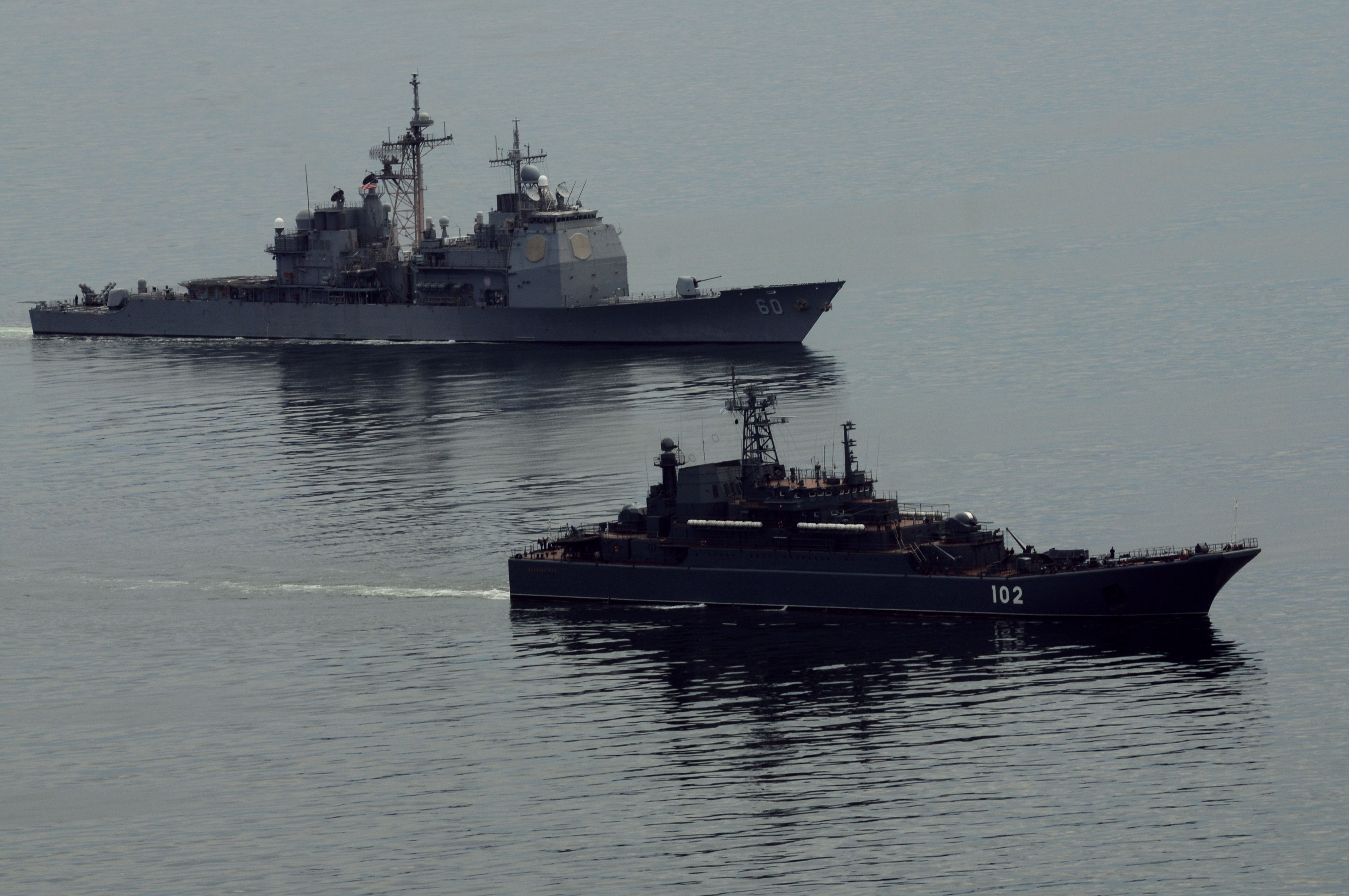 The current Kavkaz-2016 reportedly includes more than 120,00 troops, a relatively sophisticated media day, demonstrations of many upgraded or new weapons platforms including aircraft, the S-400 air defense system. It is a clear commitment of leadership energy and activity in the Southern Military District and the Black Sea region.

These exercises show firstly the effects of a “Southern Pivot” since 2014 in which the Russians have added significant force structure to the Black Sea fleet, either with newly built naval platforms, or those repositioned from either the Baltic or Northern Fleets. Second, the Crimea exercise serves as a powerful reinforcement of Vladimir Putin’s March 2014 Duma speech that underscored the centrality of Crimea to the new strategic Russian vision. Recently, a senior high ranking officer from a former Warsaw Pact nation told me that it was “always about Sevastopol” and these exercises leave little doubt that the Russian plan is to see it stay Russian. Third, it shows the effects of the convergence of intent, will and capability. Russian engineers and scientists have always been able to design and build exceptionally high-quality equipment. What may be different – only time will tell – is that the increased emphasis on longer-term contract professional military members means that they have the ability to maintain equipment, employ it, and sustain operations better than previously estimated. 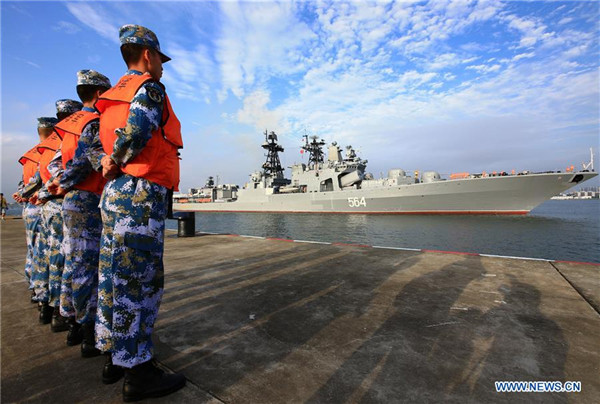 Furthermore, the Crimea exercises underscore two larger points. First, despite sanctions and low petroleum prices, the Russian economy is not as sickly as previously reported. It may not be as strong as the Kremlin would like it to be – no government ever thinks it has enough money – but it is not as economically weak as some observers would like to believe. These exercises also come at the same time as the G20 Beijing summit. It is probably not an accident that Moscow is conducting multiple military activities from snap exercises and large-scale inspections to the six-day Crimea exercise while the G20 leaders met in China from Aug. 31 to Sept. 5. In fact, the main portion of Beijing was 4-5 September, coinciding with the first two days of Kavkaz 2016. It may be mere coincidence, but given the preparatory time for a major economic summit and large scale exercises, it probably is not. Rather, Putin merged the economic and military lines of effort to support each other, reinforced with a sophisticated and sustained strategic messaging campaign that at the very least seeks to loosen the ties between European countries both internally and externally, especially with the United States.

According to the World Bank report in April 2016, the Russian economy reached its nadir in the summer of 2015, and has started to make a modest recovery. Other reports indicate that the Kremlin has effectively staunched the bleeding of capital flight, which in turn provides far more fiscal resources to the Russian economy for internal reinvestment. While the outlook is mixed in an uncertain global economic environment, the forecasts for Russia are anywhere from a continued modest contraction to a possible emergent slow growth. Overall, even with troubling inflation, Russia appears to have stabilized, and is certainly adjusting to a new economic reality after the boom years of expensive energy evaporated. 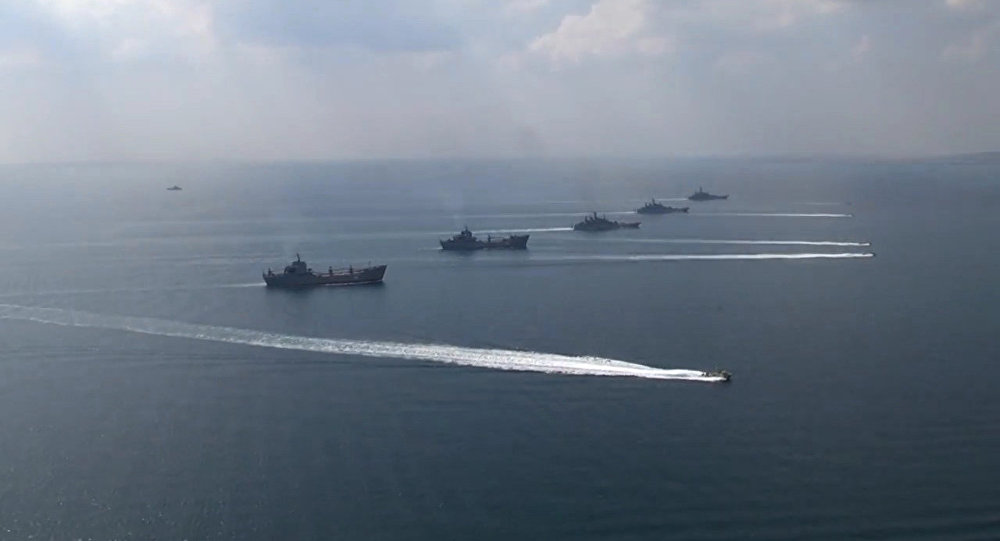 There are still many challenges for Russia, from a terribly unhealthy population and some of the lowest fertility rates in the world, a Muslim-facing southern front, a rapidly graying populace with misaligned policies and an unbalanced extraction economy. But as any student of the Duchy of Muscovy knows, resilience and endurance are core components of the Russian soul.

Thus the Crimea-focused exercises are important for Russia as well as the region, Europe, NATO and the United States. The ability to conduct so many ambitious military operations and activities in a short period of time clearly indicates that Russia continues to improvise, adapt and find ways to expand their influence in the Black Sea region even as they balance operations in other key areas from the Arctic and the Baltic to the western Pacific.

Although NATO has responded with Anaconda-16, larger BALTOPS and other exercises in the Baltic, and the usual RIMPAC and CARAT exercises in the Pacific, Russia is staking its claim to the same area of influence in the greater Black Sea region that Catherine the Great did in the late 18th century. Many will note that Russian ships have rust, their manpower base is smaller, and they do not have nearly the economic base of the European Union. They would do well to recall the adroitness of Catherine and how she fought the wars she must, liberalized where possible, oppressed where necessary, and ensured Russian access to the Black Sea. Kavkaz 2016, a very large exercise as part of an apparent larger strategic war game, is not to be taken lightly. Strategists should not sound the tocsin of excessive alarm, but the peace dividend has run out, and we need to get back to the business of studying how to engage and deal with a newly capable and assertive Russia.