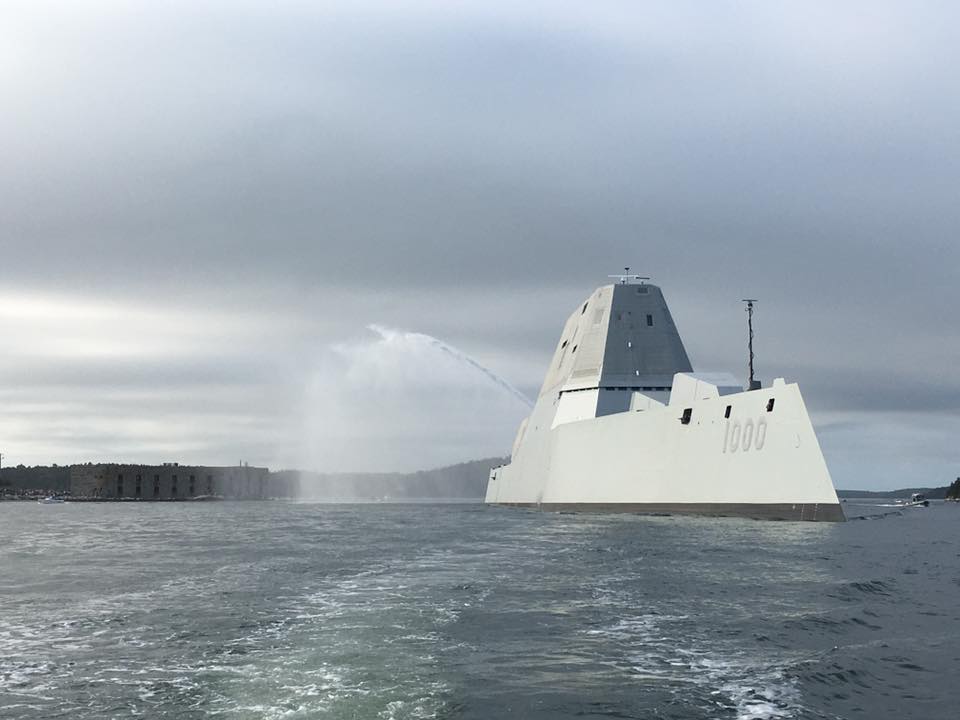 This post has been updated to correct the spelling of the second Zumwalt class guided missile destroyer. The correct spelling is Michael Monsoor (DDG-1001).

The first in a class of new guided missile destroyer has left its Maine shipyard to start a three-month journey to its homeport in San Diego, Calif.

Zumwalt (DDG-1000) headed to the Atlantic down the Kennebec River from its berth at the General Dynamics Bath Iron Works shipyard on Wednesday, the Navy announced.

Following the ship’s planned commissioning in Baltimore on Oct. 15, the ship will then transit to California for a post-delivery maintenance availability focused on activating the ship’s combat system. The ship is set to be “integrated into the fleet” by 2018, the service said on Wednesday.

The departure from Bath follows the May delivery of the 16,000-ton destroyer to the service after several months of delay for a testing period to prove out the ship’s first-of integrated propulsion system (IPS).

The IPS is a system in which Zumwalt’s main engines power a complex electrical grid that power massive electrical motors instead of a direct mechanical link to the ship’s propellers.

Zumwalt is the first of three ships in the $22 billion class. Michael Monsoor (DDG-1001) and Lyndon B. Johnson (DDG-1002) are currently under construction at BIW.

The Navy initially sought to purchase more than 30 of the hulls, but at the direction of then-Secretary of Defense Bob Gates trimmed the class to three ships.