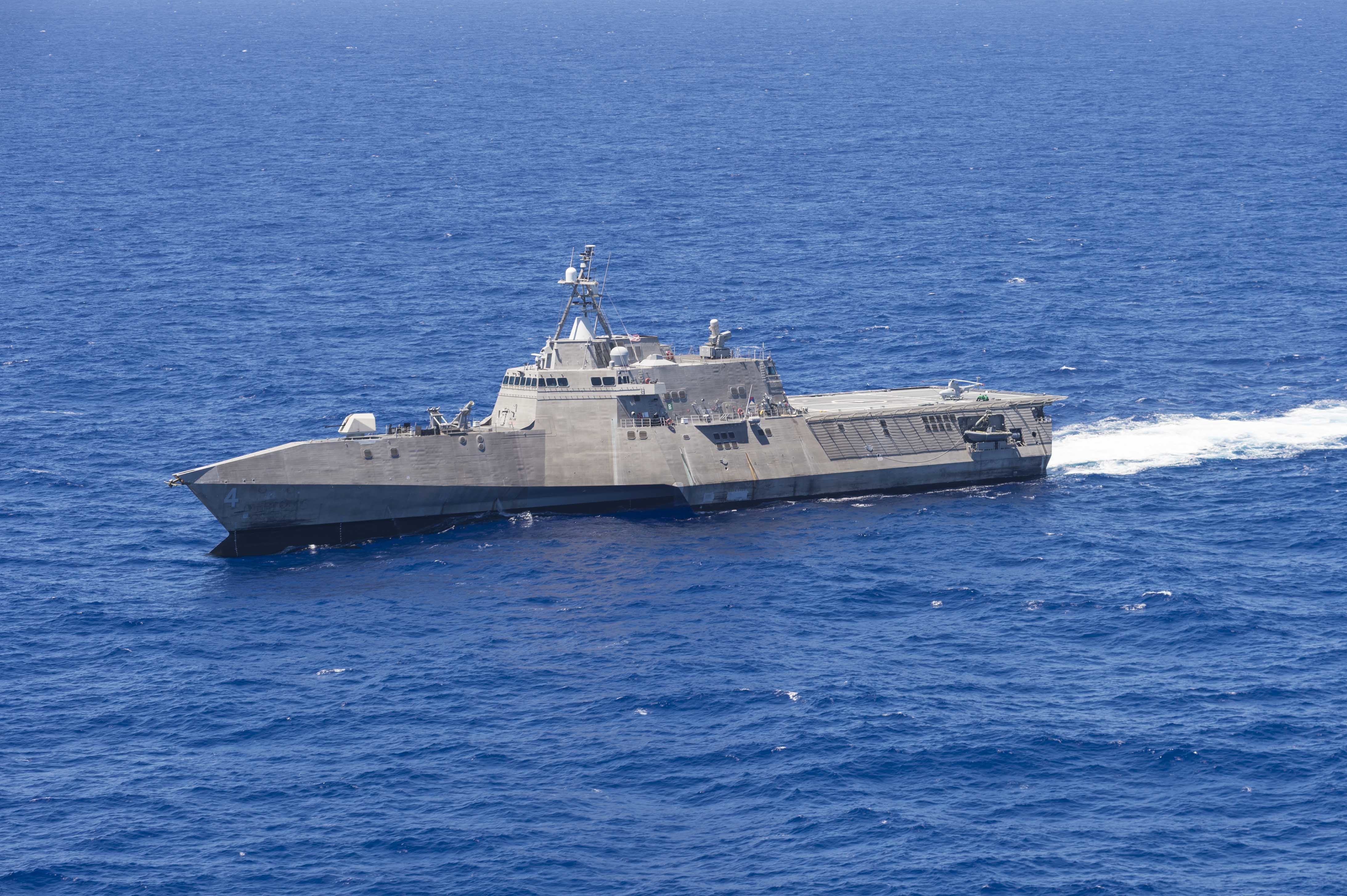 USS Coronado (LCS-4) conducts operations during Rim of the Pacific (RIMPAC) 2016 in July. US Navy Photo

This post has been updated with additional statements from Chief of Naval Operations Adm. John Richardson.

The Littoral Combat Ship USS Coronado (LCS-4) has suffered an engineering casualty in route to Singapore and is returning to Hawaii to assess the damage, Navy officials told USNI News on Tuesday.

The ship suffered the casualty on Monday, three days out from Joint Base Hickam-Pearl Harbor and two months into a Western Pacific deployment.

Following the casualty, “The crew took precautionary measures and the ship is currently returning to Pearl Harbor to determine the extent of the problem and conduct repairs,” read the statement. “Coronado is operating under its own power and is being escorted by USNS Henry J. Kaiser.”

The ship is operating under its own power with a speed restriction of 10 knots, two sources familiar with the casualty told USNI News.

The statement provided to USNI News indicated the root cause is unknown, but the two sources said crew members saw electricity arcing around the Vulkan shaft and coupling system that routes the output from the ship’s General Electric LM 2500 gas turbines and MTU main propulsion diesel engines to the ship’s waterjets.

“An assessment of the casualty will be completed upon return to Pearl Harbor and additional details will be made available when possible,” read the statement.

The ship departed Joint Base Pearl Harbor-Hickam on Aug. 26, ultimately bound for the Changi Naval Base in Singapore as part of a planned 18-month deployment.

“While deployed to 7th Fleet, Coronado will conduct routine patrols, port visits and exercises with regional navies,” the service said in a Monday statement.
“Prior to arriving at Changi Naval Base in Singapore this fall, Coronado will join exercise Kakadu in Australia, followed by Deep Sabre in Singapore.”

Coronado is the first deployed LCS with an over-the-horizon anti-ship missile – a Boeing-built Harpoon Block 1C.

“The casualty appears to be unrelated to recent propulsion problems on Freedom and Fort Worth,” the Navy statement said.

Still, the Navy is concerned that there may be systemic problems with how the service operates both classes of the LCS. The service has just completed a new review of the LCS operating and maintenance concepts.

“Last night’s problem is the fourth issue in the last year,” Chief of Naval Operations John Richardson said in a Tuesday statement.
“Some of these were caused by personnel and some were due to design and engineering. These issues are all receiving our full and immediate attention, both individually and in the aggregate.”

“The entire leadership team is focused on ensuring our ships are properly designed and built, and that our Sailors have the tools and training they need to safely and effectively operate these ships. These ships bring needed capability to our combatant and theater commanders–we must get these problems fixed now.”