After several uncertain months, the littoral combat ship USS Fort Worth (LCS-3) is steaming to its San Diego, Calif. homeport after the ship’s propulsion system was damaged in Singapore, the service announced on Monday.

Industry and service sources told USNI News that not only was the damage from the Jan. 12 engine casualty that sidelined the Freedom-class LCS wasn’t as extensive as initially thought but also the repair was an unexpected successful test of the forward deployed maintenance model.

“There are a lot of people who worked very hard to get Fort Worth repaired and back out to sea,” said Capt. H.B. Le, commodore, Destroyer Squadron 7, said in a statement.
“Their efforts were rewarded today as the ship got underway, fully operational, and ready for her transit across the Pacific.”

During the Jan. 12 incident, bearings in the ship’s combining gears — the complex gearing that links the output of the ships’ Rolls Royce MT30 gas turbine engines with its Colt-Pielstick diesel engines and then to the ship’s shafts that drive the water jets.

“Damage to the ship’s combining gears was less extensive than initial investigations suggested,” read a Monday statement from the service.
“A full assessment revealed that only three bearings needed to be replaced, and the repairs took less time and cost less than originally expected.”

In April, the Navy had planned for the ship to transit back to San Diego using the MT30 turbines for planned repairs in California at a loss of fuel efficiency and speed. 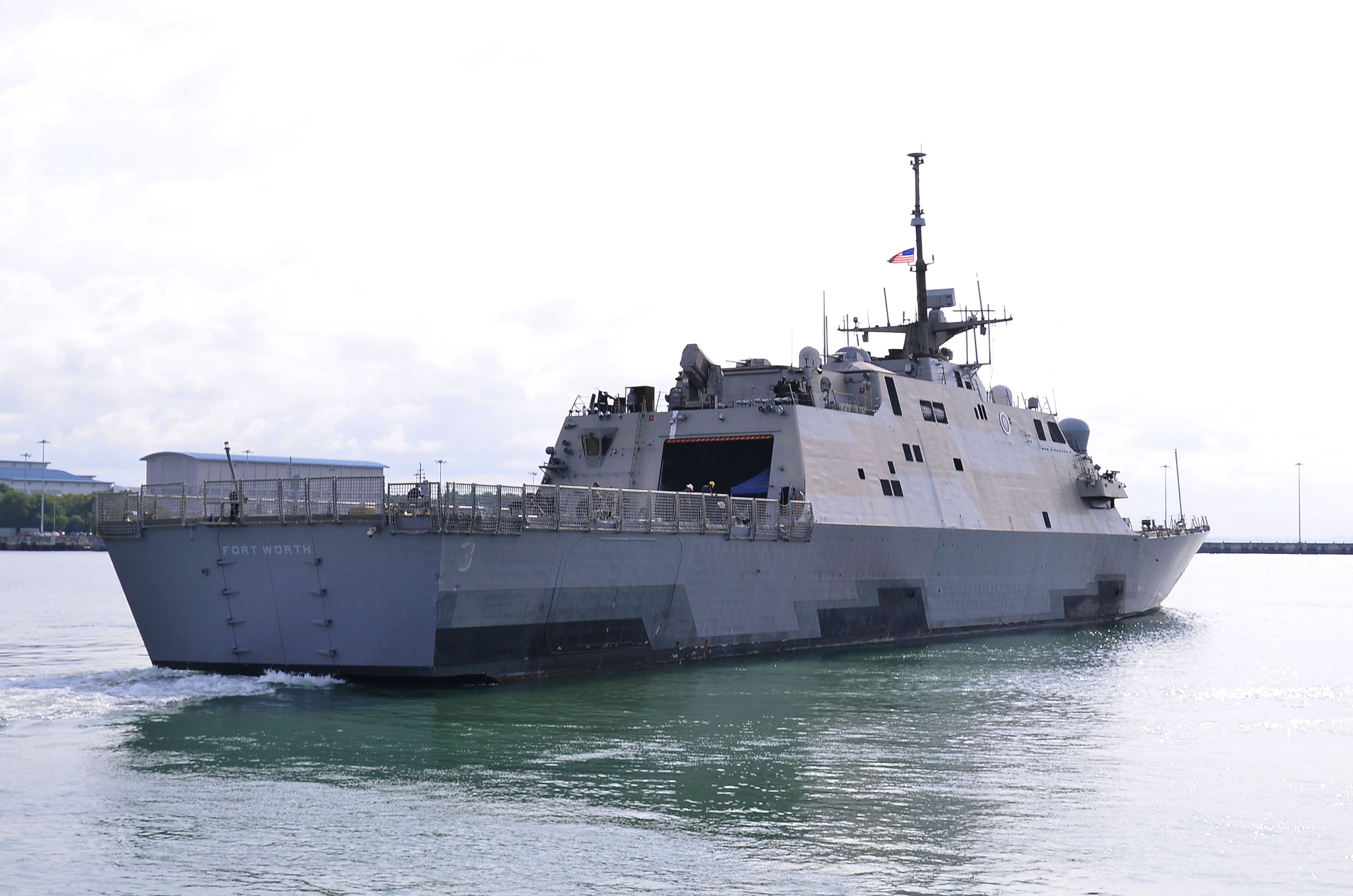 However, the fix, completed at the Changi Naval Base in Singapore, will allow the ship to return normally.

A Navy investigation into the incident found that operator error during a diesel engine test was the cause of the damage to the combining gear. As a result of the investigation the commander of LCS Crew 101, Cmdr. Michael Atwell, was relieved of command in March. 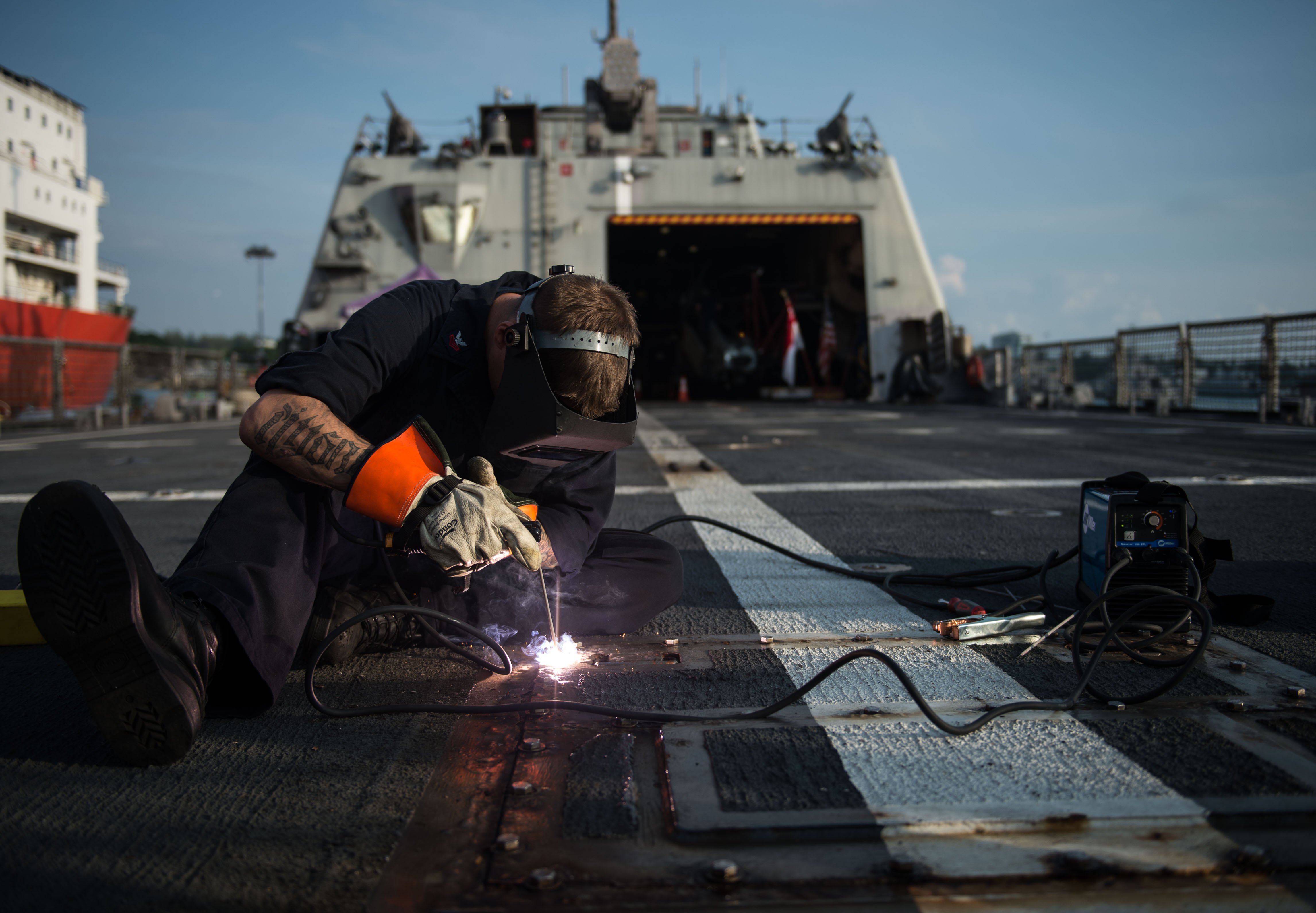 A sailor secures a bolt in place for the retractable bit for towing aboard USS Fort Worth (LCS-3). US Navy Photo

Prior to the engine casualty, the Lockheed Martin-built Fort Worth had a largely successful deployment to Singapore and performed better than a previous deployment of the USS Freedom (LCS-1).