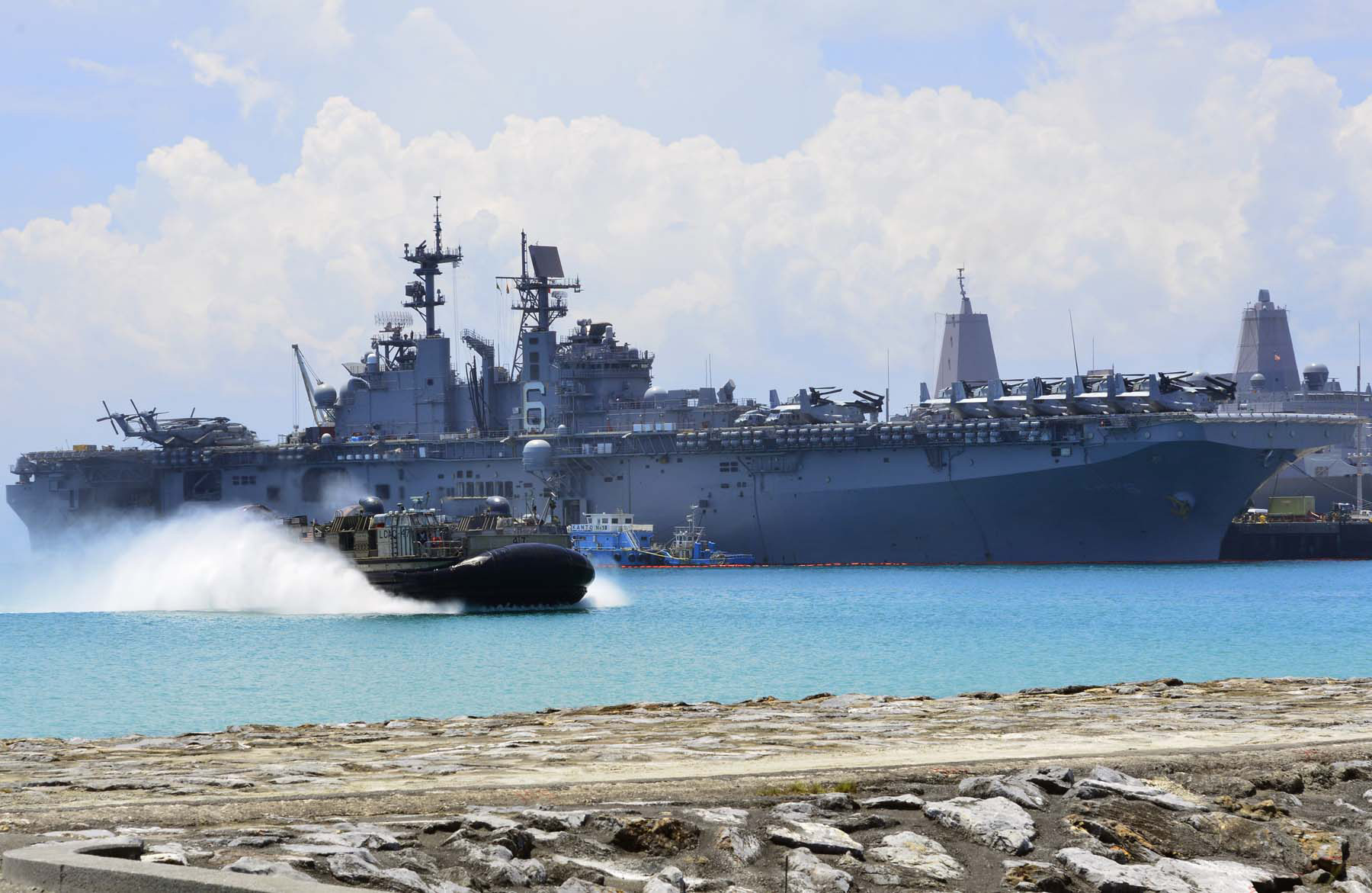 The three-ship Bonhomme Richard Expeditionary Strike Group and the 31st Marine Expeditionary Unit departed on Sunday for a fall deployment, the service announced on Monday.

The ESG is part of the Navy’s Forward Deployed Naval Force that is based in Sasebo, Japan. The 31st MEU is based in Okinawa, Japan.

Now that the ARG/MEU is assembled, the trio of ships and Marines will undertake amphibious integration training (AIT) and certification exercise (CERTEX) ahead of embarking on the float.

“AIT and CERTEX are focused on proving sailors and Marines the opportunity to practice operations such as amphibious raids, humanitarian assistance, disaster relief, and non-combatant evacuation,” read a Monday statement from Amphibious Squadron 11.
“Once AIT and CERTEX conclude, the Bonhomme Richard ESG will take part in multiple unilateral and multilateral exercises in the U.S. 7th Fleet area of operations in support of security and stability in the Indo-Asia-Pacific region.”

Last year the Bonhomme Richard ARG, with USS Ashland (LSD-48) as the LSD, deployed twice after only a two-month break.

In addition to Sunday’s deployment, the three-ship Boxer Amphibious Ready Group (ARG) is deployed near the South China Sea and the Wasp ARG is in the Mediterranean Sea.