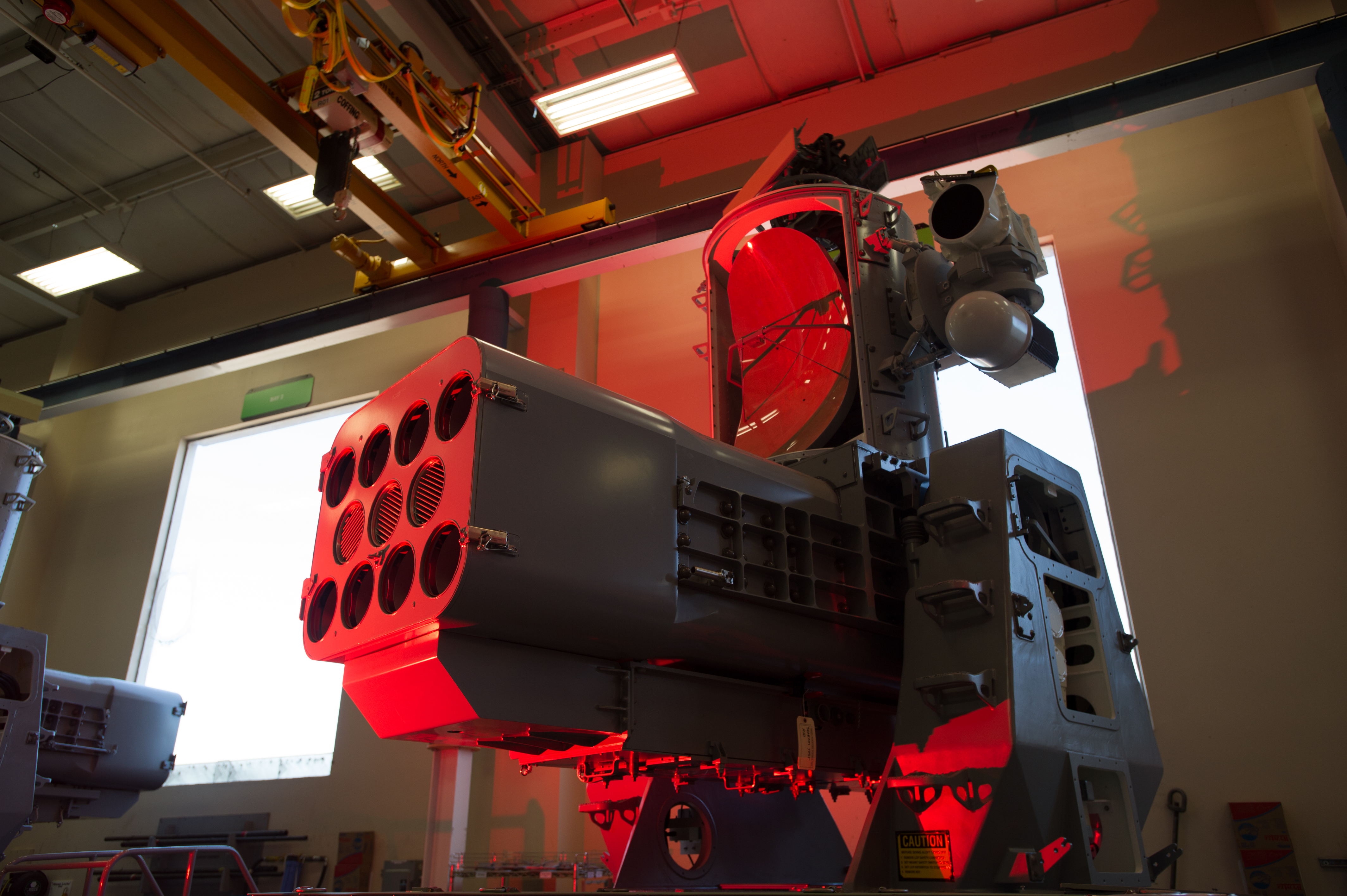 LOUISVILLE, KY. – The Navy is considering expanding the number of SeaRAM installations on its ships beyond a quartet of ballistic missile defense ships based in Spain and Littoral Combat Ships, a service official told USNI News on Tuesday.

“Internally to the Navy there are trade studies going on to look at where to place SeaRAM on different ship classes,” Capt. Craig Bowden with Program Executive Office Integrated Warfare Systems said.

While no decisions have been made, the Office of the Chief of Naval Operations assessment arm (OPNAV 81) is in the midst of the look on which ships it could add the system designed to intercept and destroy incoming cruise and anti-ship missiles.

Officials with SeaRAM manufacturer Raytheon told reporters on Monday the company was in talks with the service to add the 11 missile system to additional guided missile destroyers beyond the Rota quartet.

The systems were earmarked for the Rota DDGs specifically to counter a Russian cruise missile threat that emerged in the Mediterranean region following Moscow’s seizure of Crimea and escalating tensions with the West, several service sources have told USNI News. Neither Raytheon nor Bowden would provide additional details on the threat.

While the Rota destroyers are equipped with the Aegis combat system designed to intercept air and cruise missile threats with its SM-2 missiles, the ships can’t use the system against traditional air threats while set to look for ballistic missile threats.

USS Porter (DDG 78) conducts a structural test firing of SeaRAM in Spain on Feb. 28, 2016, as the first Arleigh Burke-class guided-missile destroyer with a SeaRAM installation. US Navy photo.

“We put [the ships] out there by themselves, and they’re putting all their radar energy up in space, they’re tracking space objects now, and you have to wonder, hey, can they defend themselves?,” PEO IWS Rear Adm. Jon Hill told USNI News last year.

The vulnerability prompted U.S. 6th Fleet and OPNAV to push for the installation of the SeaRAM on the Rota ships for an added layer of protection via an urgent operational request.

“Things heated up in the Eastern Mediterranean and suddenly there’s a capability… the adversary changed and became a bigger problem,” Rick McDonnell, Raytheon program directors for close-in weapon systems told reporters.
“Speed to deploy was going to be a big part of the issue.”

The Navy elected to replace one of two Phalanx close-in weapon systems on the DDGs with the SeaRAM system.

The two systems are 85 percent common and similar enough in weight not to prompt additional strengthening of the hull of the ships.

The addition creates an additional layer of defense for the destroyers between the long range of the SM-2s and the only mile or so range of the Phalanx’s gun, Bowden said.

“The Standard Missile is a great missile but it’s designed for threats that are farther away from the ship, They really didn’t have anything … for the 3 to 6 mile a defensive bubble around the ship,” he said.

In addition to BMD protection in Europe, the Navy also conducts BMD patrols with single destroyers in the Western Pacific with the same inherent vulnerability as the Rota destroyers.

While the service’s latest Baseline 9 Aegis system is able to track and intercept traditional air and ballistic missile defense targets at the same time, Raytheon officials said the Navy was considering including the systems on the newer ships.

The SeaRAMs are also fielded on the Independence-class LCS and will be included on the Lockheed Martin Freedom-class LCS starting with the LCS 17.