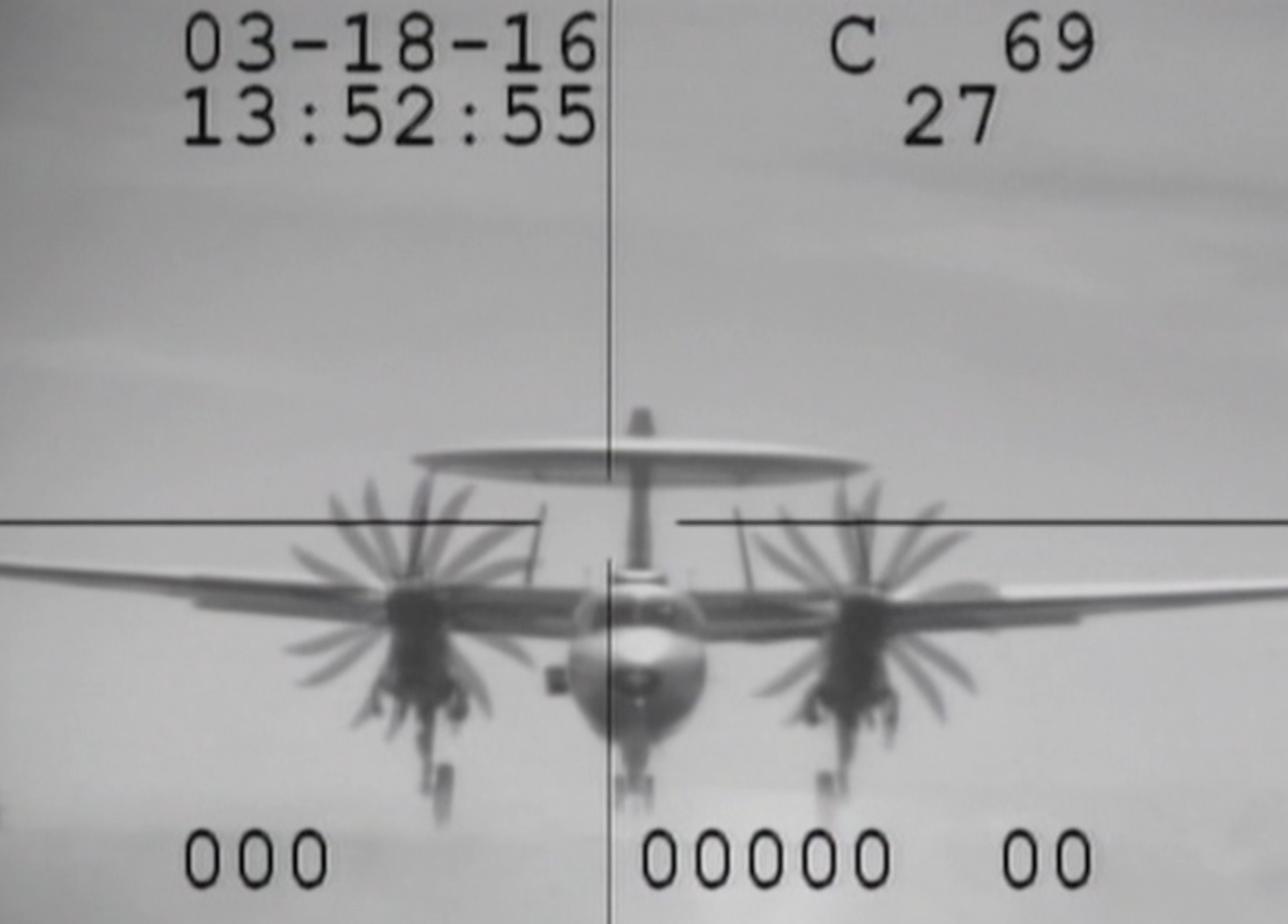 Lt. Cmdr. Thomas Browning; Lt. Cmdr. Kellen Smith, who was the co-pilot during the mishap and served as aircraft commander that day; and Lt. Matthew Halliwell, who piloted the plane, were honored for reacting in time to prevent the loss of an aircraft.

In a Navy statement, Smith said the “Screwtops” of Airborne Early Warning Squadron (VAW) 123 and the rest of Carrier Air Wing 3 were going through the Ike Strike Group’s pre-deployment Composite Training Unit Exercise.

“We had clear skies and a smooth takeoff, and it seemed like another good day to fly,” he said in the statement.
“We finished what we had to do in the air and were relieved to be landing back on board.”
The Hawkeye’s tailhook caught the arresting cable on the flight deck, but the cable snapped, slowing the aircraft down without bringing it to a complete stop.

“While we were decelerating we heard a loud snap,” Smith said.
“When we would normally be coming to a stop, we weren’t. Our years of training kicked in and we reacted on instinct. I slapped back the ditching hatch as we cleared the deck and began a deep settle. I would guess we were about 10 feet from the water before we lifted back up, but Lt. Smith expertly kept us climbing away. It was a sigh of relief when we were back in the air. It helps to know that at the critical moment, all we practice for this scenario actually works. The experience has made me much more confident in my training.”

The Navy determined that human error on the part of the arresting gear engine maintainers led to the mishap, which injured eight and damaged two aircraft parked on the flight deck. Three maintainers were retrained in the aftermath of the Navy investigation, The Virginian-Pilot reported.

VAW-123 Executive Officer Cmdr. Darryl Martin said in the Navy statement that “due to their years of practice and trust in vetted procedures, the crew was able to develop skills and survive the dangerous situation they were presented.”

Halliwell, the pilot during the incident, has since left the squadron and become a Hawkeye flight instructor. Smith and Browning remain in the squadron, which is now on deployment to U.S. 5th Fleet.

The following are the complete Judge Advocate General report and summary from the March 18 incident.