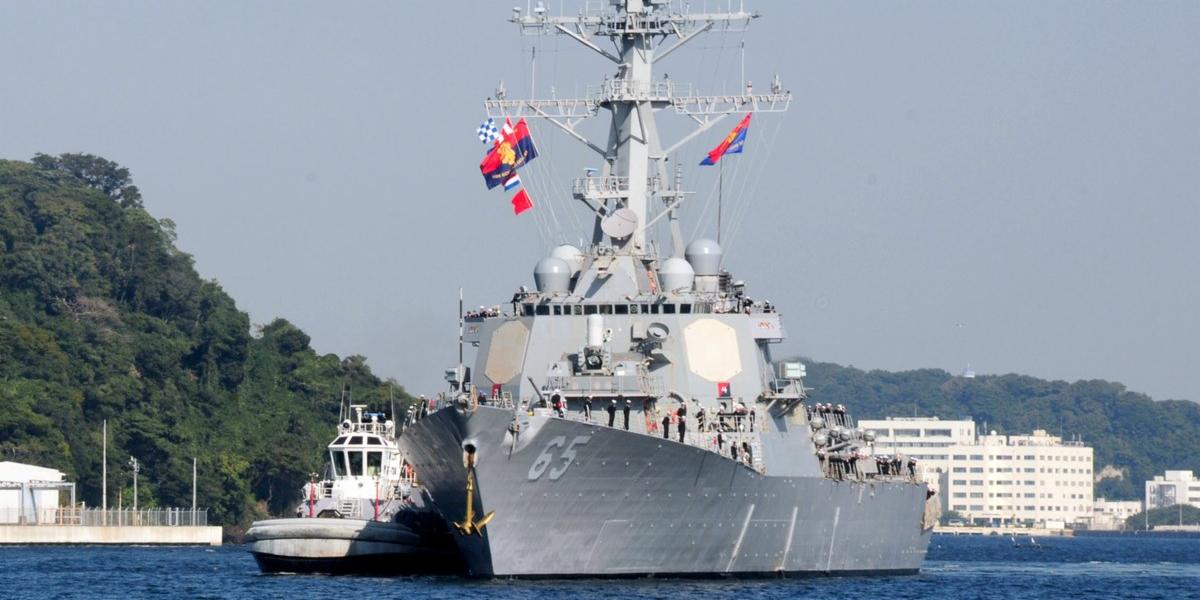 A U.S. guided-missile destroyer pulled into port in Qingdao on Monday for the first Navy port call to China since an international tribunal ruled that many of Beijing’s claims to the South China Sea were invalid.

The crew of USS Benfold (DDG-65) conducted signals exercises with their People’s Liberation Army Navy counterparts ahead of shore visits and a reception on the ship.

“This port visit is a tremendous opportunity to build relationships between sailors based on shared interests and perspectives,” said Benfold commander, Cmdr. Justin Harts in a statement.
“Sailors are sailors at the end of the day, be it in the east or in the west; we all face the same challenges at sea.”

Qingdao is the home to the PLAN North Sea Fleet and China’s sole aircraft carrier Liaoning.

According to a report from The Associated Press, U.S. Pacific Fleet commander Adm. Scott Swift will join the crew of Benfold on Tuesday.

While Beijing and Washington differ on policy in the region, U.S. Navy leadership has enjoyed a mostly open military-to-military relationship with the PLAN.

During the meeting, Wu reiterated China’s stance that they rejected the ruling from the tribunal that invalidated Beijing’s claims to vast swaths of the South China Sea and holdings in the Spratlys.

“Sailors are Sailors at the end of the day, be it in the east or in the west; we all face the same challenges at sea,” said Cmdr. Justin Harts, Benfold commanding officer. “These similarities unite us. I am sure that by the end of the week we will see that American Sailors and Chinese sailors are as close as any other sailors out on the high seas. This port visit is a tremendous opportunity to build relationships between sailors based on shared interests and perspectives.”

As part of the visit to Qingdao, Benfold will host a reception and ship visits, as well as attend those hosted by the PLA(N). The scheduled events, including a sports day and community relations event featuring the U.S. 7th Fleet Band, will allow sailors from both nations to interact and build relationships through their shared maritime interests.

Benfold Sailors will have the opportunity to explore Qingdao through tours organized by the ship’s Morale, Welfare, and Recreation program.

Benfold, forward deployed to Yokosuka, Japan, and a member of Destroyer Squadron 15, is on patrol in the 7th Fleet area of operations supporting security and stability in the Indo-Asia-Pacific.