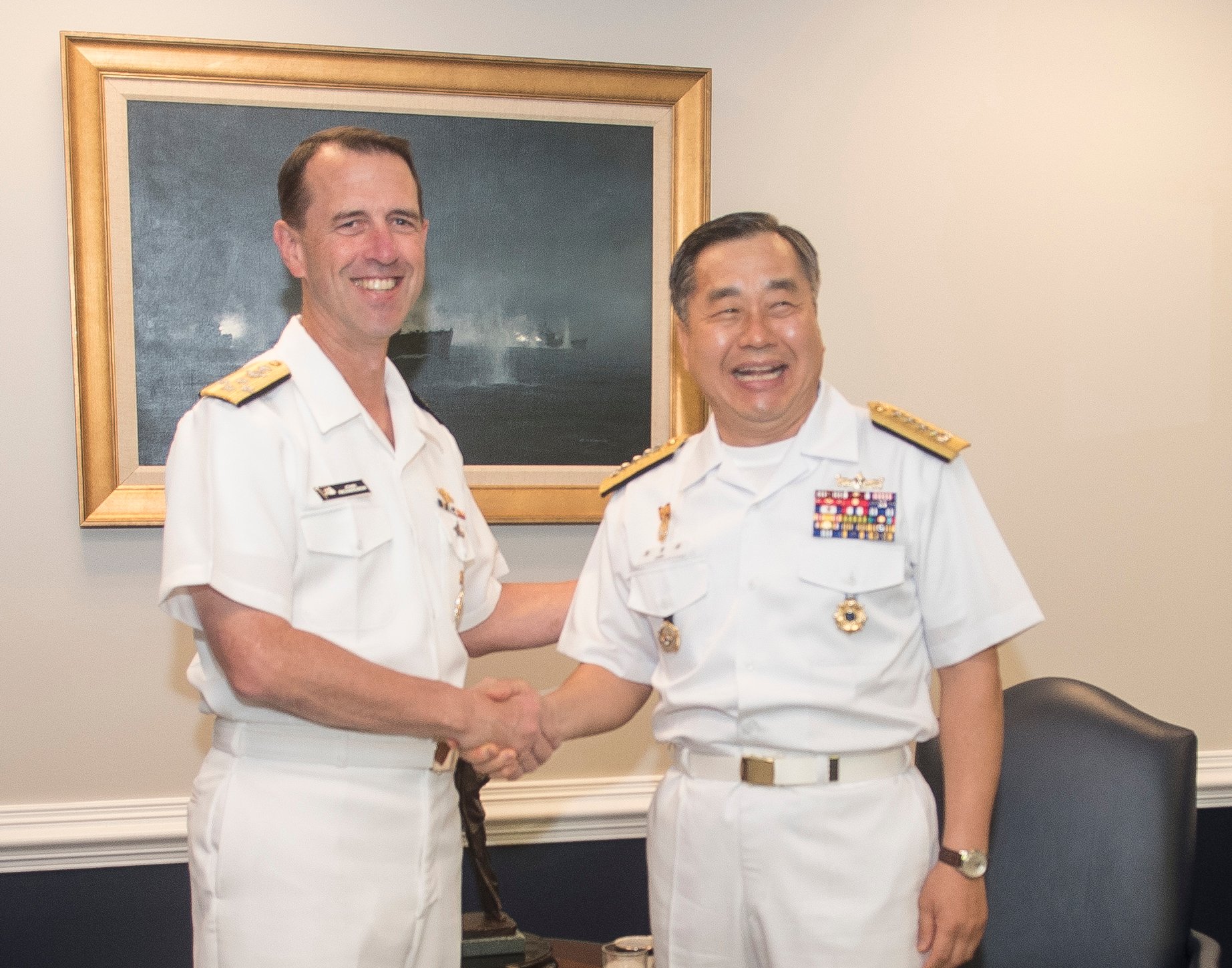 The leaders of the U.S. and South Korean navies met in the Pentagon on Thursday for a discussion that included the threat posed by North Korea, the U.S. Navy announced on Thursday.

Chief of Naval Operations Adm. John Richardson and Adm. Jung Ho-sub met as part of Jung’s week-long visit to the U.S. that began in Hawaii to observe the Rim of the Pacific 2016 exercise.

“I agree with the importance of our alliance, particularly navy-to-navy, to deal with the threat from the North, as well as the instability that may take place in the South China Sea,” Jung said according to a U.S. Navy statement.

Richardson said the two navies will continue to cooperate and share information particularly in the realms of anti-submarine and mine-warfare.

“It was great to meet with Adm. Jung as we lead up to our annual combined exercise, UFG [Ulchi Freedom Guardian] 16, which involves SMWDC working with the Republic of Korea Navy later this month” Kilby said in a statement.

In years past the command-and-control bilateral exercise have involved up to 50,000 South Korean troops and 30,000 Americans.

Last year’s Ulchi Freedom Guardian were marked with exchanges of artillery fire between North and South and accusations that North Korean forces had mined a South Korean patrol route in the demilitarized zone.

Ahead of this year’s drills, North Korea has fired several intermediate range ballistic missiles in actions denounced by South Korea, the U.S. and Japan.