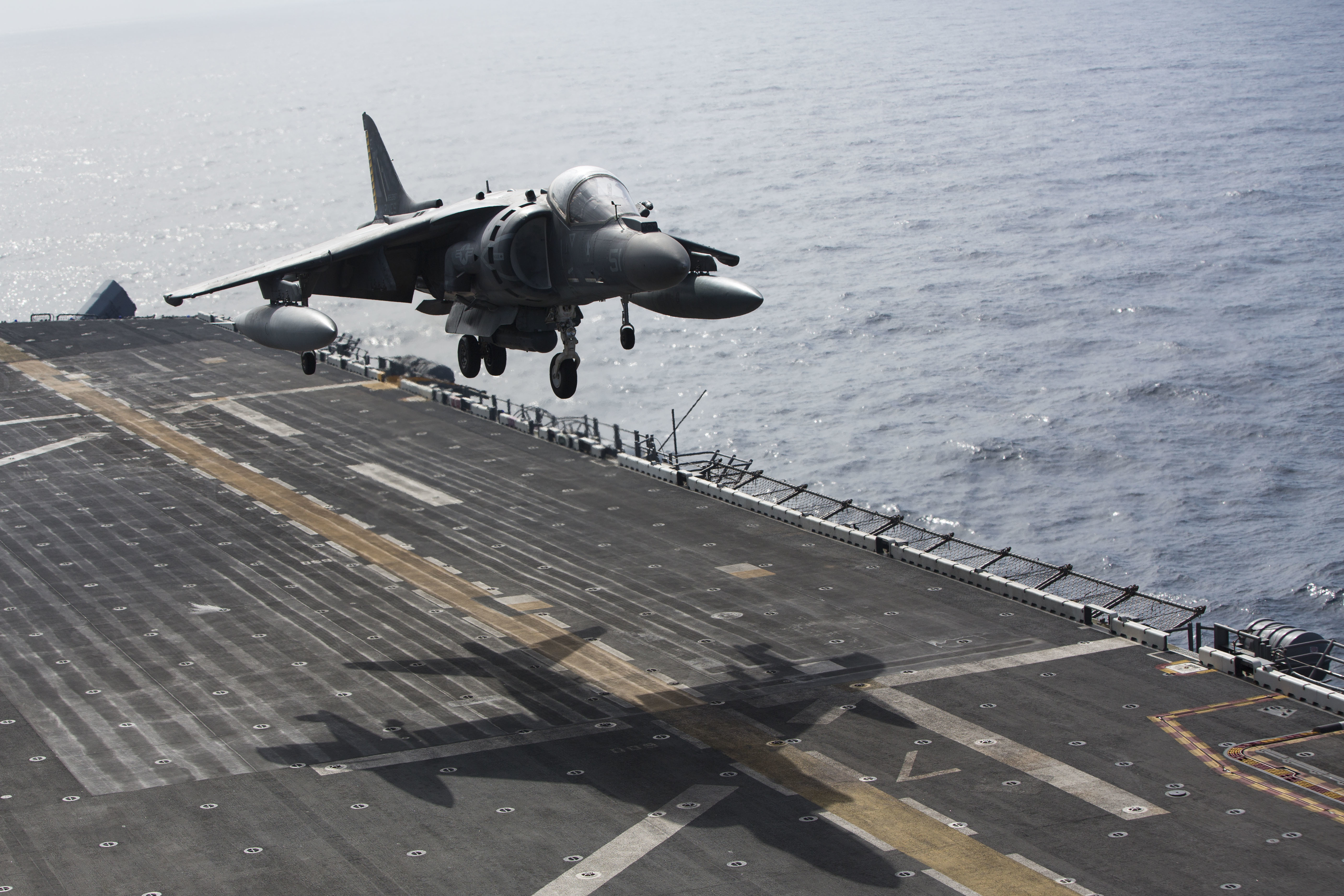 Beginning on Aug. 1, 2016, the U.S. has launched a mix of manned and unmanned air strikes on ISIS targets near Sirte, Libya. Harriers from Wasp have been launched at least five times in the first two days to strike targets near the port city, a U.S. official confirmed to USNI News on Wednesday.

The Harrier strikes were first reported by The Virginian-Pilot.

The strikes were conducted on the behalf of the Libyan Government of National Accord, “seeking to defeat ISIL in its primary stronghold in Libya,” Pentagon spokesman Peter Cook said on Monday.
“These strikes were authorized by the president following a recommendation from Secretary Carter and Chairman Dunford. They are consistent with our approach to combating ISIL by working with capable and motivated local forces. GNA-aligned forces have had success in recapturing territory from ISIL thus far around Sirte, and additional U.S. strikes will continue to target ISIL in Sirte in order to enable the GNA to make a decisive, strategic advance.”
On Wednesday, the Italian government said it would consider allowing U.S. forces to launch strikes from Naval Air Station Sigonella.

“The government is ready to positively evaluate any request for use of bases and air space if that would be functional to a more rapid and effective conclusion to the operation underway,” Roberta Pinotti said on Wednesday, according to Fox News.
Italy has not yet agreed to allow U.S. offensive strike against Libyan targets from the air base on Sicily.

The trio deployed in June with the 2,200 of the 22nd Marine Expeditionary Unit out of Camp Lejeune, N.C.