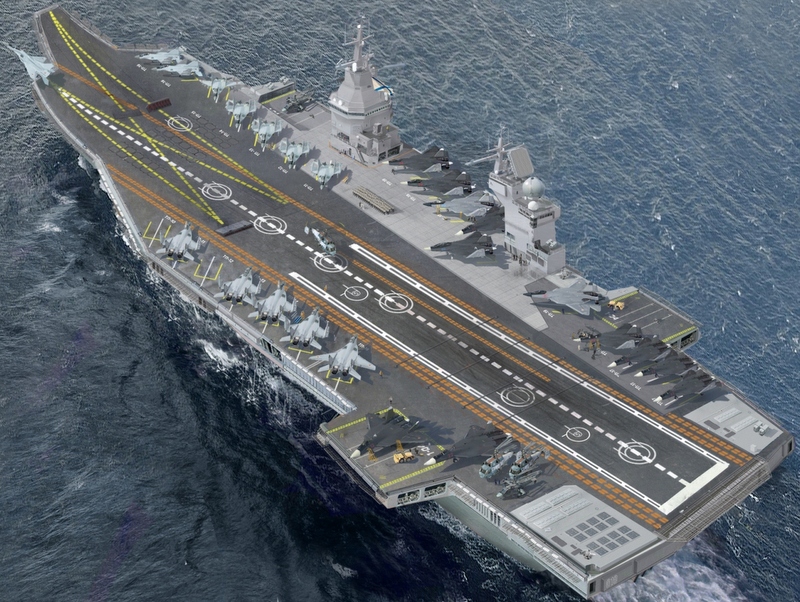 The Krylovsky State Research Center (KRSC) has offered the nuclear-powered Project 23000E Shtorm carrier to India via a delegation that visited the country last week, according to the report in Defense News.

The offer from the St. Petersburg design agency comes as the U.S. and the Indian Navy are cooperating on aircraft carrier technology. The Indians are interested in what tech the U.S. can share – particularly the Electromagnetic Aircraft Launch System (EMALS), the next generation carrier catapult technology that will be used on the Gerald R. Ford-class carriers (CVN-78).

In a competition between Russia and the U.S. for aircraft carrier technology, the choice is easy, according to Eric Wertheim, the author of the U.S. Naval Institute’s Combat Fleets of the World.

“If you’re going to make a bet when it comes to aircraft carriers there’s no question you want to trust the U.S.,” he told USNI News on Monday.
“All India has to look at their own experience of getting their carrier from Russia.”

India and Russia worked for more than a decade to refit a mid-1980s Soviet-built aircraft carrier with a series of starts and stops and cost increases into the billions of dollars.

The conventionally powered INS Vikramaditya eventually commissioned in 2013 and has since been deployed operationally.

Following the Russian carrier, the Indian Navy is currently working on a domestic carrier program. The India’s first domestically built carrier, the 40,000-ton INS Vikrant, is also delayed in part due to problems with Russian components.

“According to the LoR, the IAC-2 is envisaged as a 300 m-long flattop vessel with a catapult- assisted take-off but arrested recovery (CATOBAR) capability that can embark around 35 fighters and 20 helicopters,” read the Jane’s report.

“If you’re looking at regional operations, then I think it makes less sense to do nuclear propulsion,” he said.
“They could theoretically do both, but if they had to choose – EMALS would increase [the carriers capability to launch aircraft].”