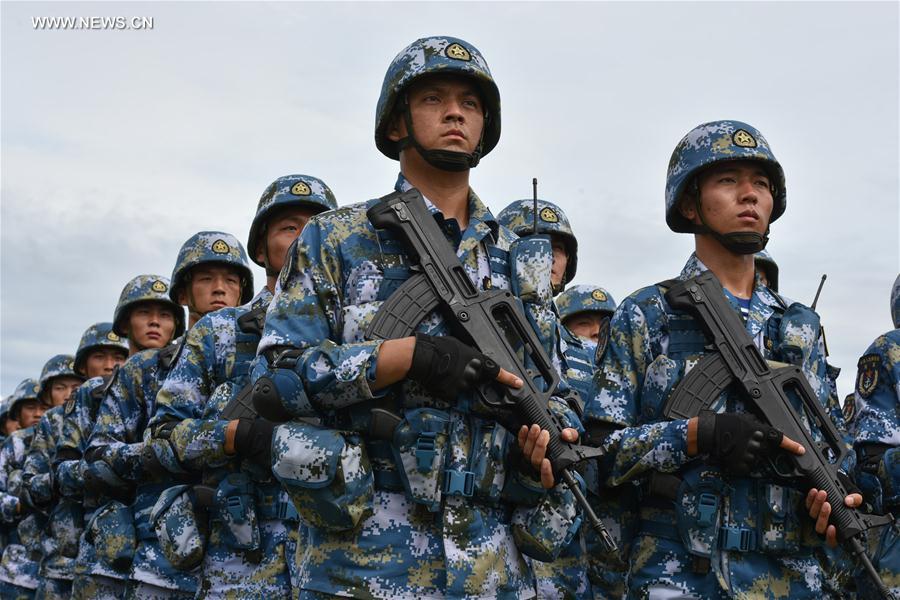 Chinese Marines exercise in Thailand in May. Xinhua Photo

China’s declaration of a ‘no sail’ zone in the South China Sea is technically a violation of maritime law, but not a new move from Beijing, maritime experts and U.S. officials told USNI News on Thursday.

On July 3, the Chinese Maritime Safety Administration issued a notice telling all vessels not to operate in a 39,000 square mile patch of international water off of China’s Hainan Island and in portions of the contested Paracel Islands.

The notice was first reported by Defense One this week.

What makes the declaration of the zone and the naval exercise raise eyebrows is the timing close to the issuing of the July 12 ruling from the Permanent Court of Arbitration in The Hague on ownership of the disputed Scarborough Shoal between the Philippines and China, Greg Poling the head of Center for Strategic and International Studies Asian Maritime Transparency Initiative told USNI News on Thursday.

“The timing is clearly sensitive, but the exercises and the declaration of a large no-go zone aren’t novel, he said.
“The PLA has held similar exercises in the same general area of the South China Sea and declared a similarly large section off limits.”

“In Vietnam’s view, the area where the exercise is taking place violates the country’s sovereignty. Vietnam and China both claim sovereignty over the Paracel Islands,” wrote The Diplomat at the time. 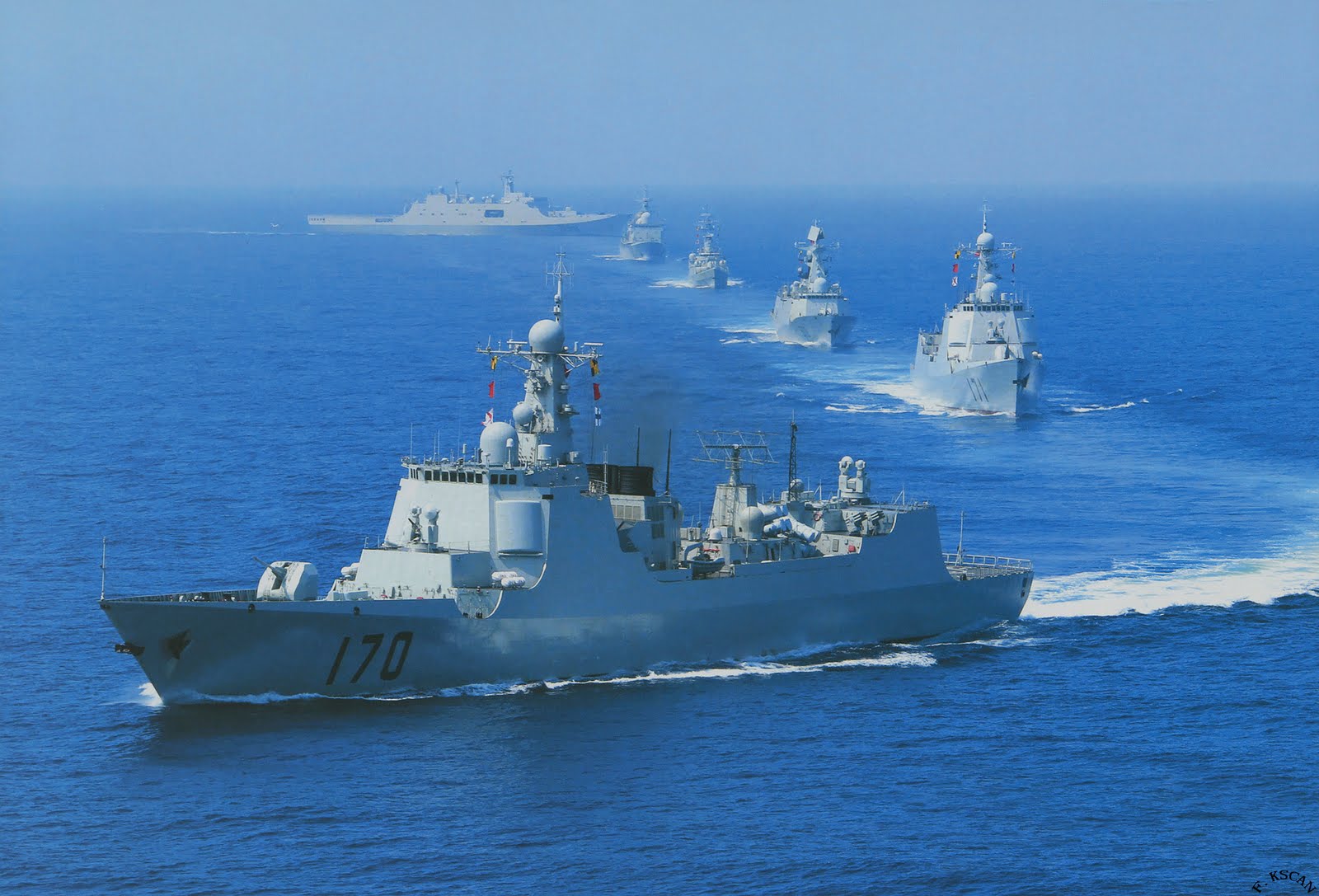 When asked by USNI News if U.S. ships and aircraft would honor the zone Pentagon spokesman Cmdr. Gary Ross said, “the United Sates will abide by established international standards as highlighted in our confidence building measure, and expect China to do the same.”

Naval War College professor and maritime law expert James Kraska told USNI News on Thursday declaration of a zone and unilaterally restricting access to international water by Beijing was a violation of the United Nations Law of the Sea Convention.

For example, the U.S. issues notices as warnings to vessels that dangerous activities could be taking place in a specific area to mariners and airmen during exercises, according to the U.S. Commander’s Handbook on the Law of Naval Operations. 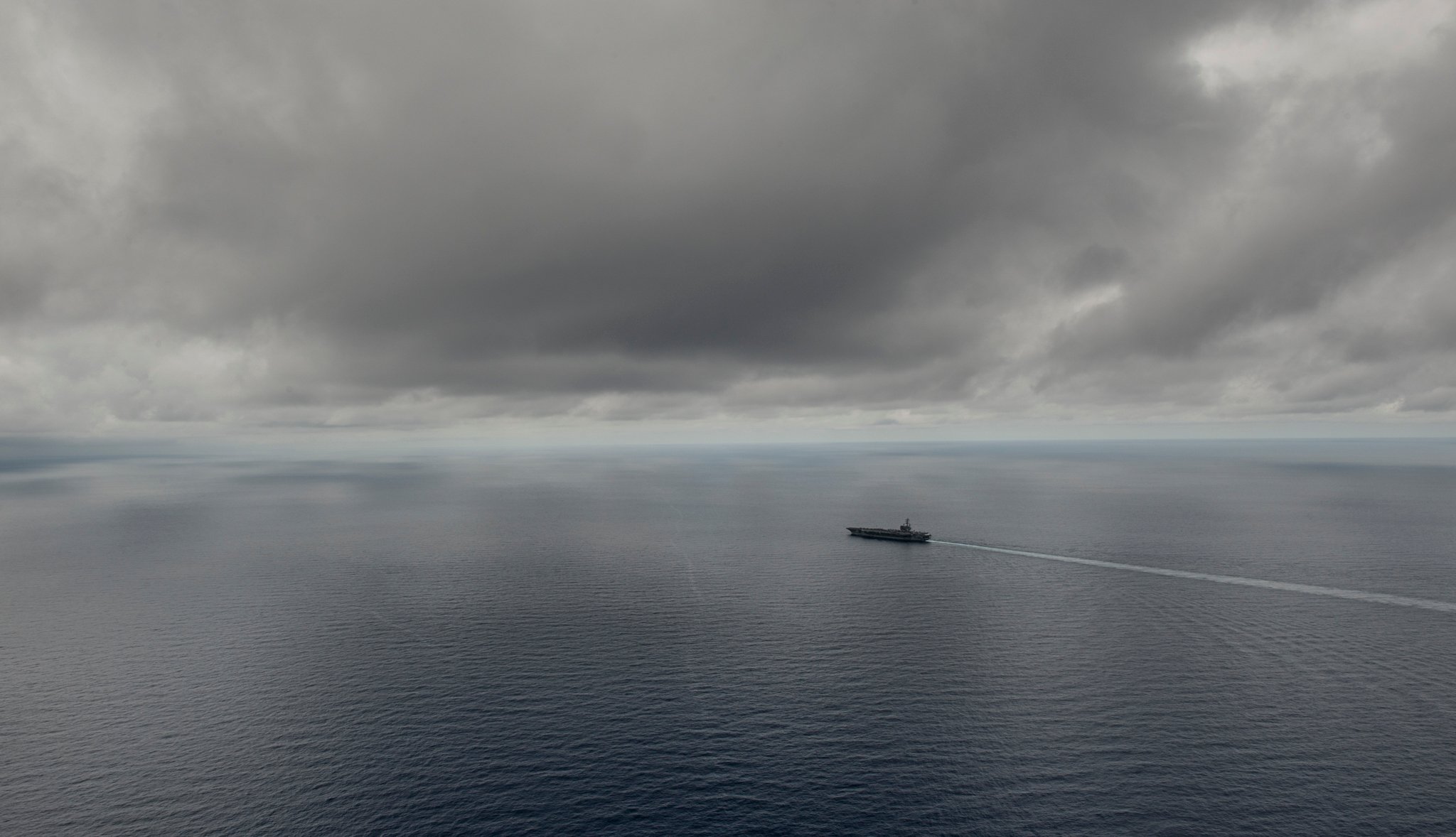 “Ships and aircraft are not required to remain outside such zones and force may not be used against such entities merely because they entered the zone,” reads the handbook.

A Navy official contacted by USNI News would not say if the U.S. intended to send ships or aircraft through the no sail zone – about the size of Kentucky.

If the U.S. were to challenge the zone it would likely be from an element of the Ronald Reagan Carrier Strike Group, currently operating in the South China Sea, officials confirmed to USNI News.

According to a Wednesday story in the Navy Times, U.S. Navy destroyers have stepped up patrols near Chinese held possessions in the South China Sea – including Scarborough Shoal – in the last two weeks.

“We have been regularly patrolling within the 14 to 20 nautical mile range of these features,” a U.S. official told the paper.