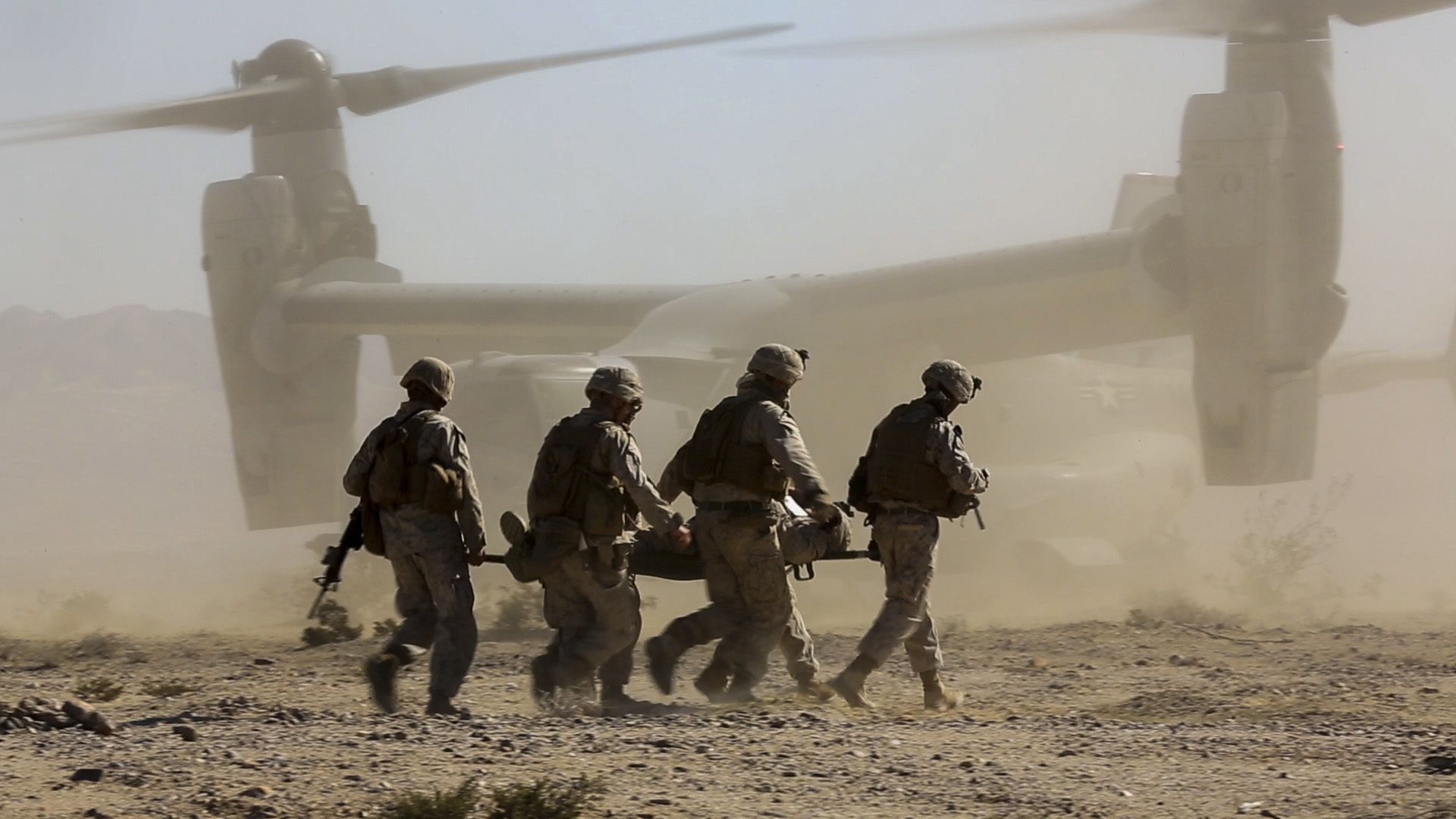 CAMP PENDLETON, CALIF. – Mindful of the “golden hour” of emergency care, Marine Corps and Navy medical officers know well the clock ticks louder when the battlefield is more dispersed with small units needing casualty care far from the sea base.

This year’s iteration of the biannual international Rim of the Pacific exercise – happening largely in and around Hawaii – extends training to Southern California. And this year, the SOCAL piece incorporates a nascent experimentation to place an MV-22 Osprey-transportable forward surgical suite on the battlefield and pair it with a shock trauma section to support a Marine Corps company landing team and its platoons.

The idea: Cut that response time and put a higher-level, four-person surgical capability closer to front-line troops for initial treatment much closer to the time of injury.

“We wanted it as light as possible to find out what we don’t have,” said Lt. Cmdr. David Gribben, who heads expeditionary medicine projects as the branch head for the Marine Corps Warfighting Laboratory. “RIMPAC is an exercise to inform the service of what kind of risks we might expect in a [21st Century] fight.”

Currently, existing Forward Resuscitative Surgical Suite (FRSS) and its shock trauma platoons focus on battalion support and provide initial evacuation and stabilization. This new Forward Surgical Suite (FSS) pairs with the Shock Trauma Section (STS) and are geared to support the company-sized landing team. The STS will consist of an emergency room physician, physician’s assistant, emergency nurse and field medical technician. The section will be equipped with a tent, two warming systems, two oxygen generators, two blood cooling systems and four litters. Two general surgeons, an orthopedic surgeon, a nurse, two or three anesthesiologists and four medical technicians would staff the FSS. It would have additional equipment along with six tents.

The Marine Corps sees the company landing team as a key small-unit force in the dispersed battlefields of the future as depicted in Expeditionary Force 21 and Marine Corps Vision & Strategy 2025. “EF-21 concepts require lighter and more agile medical capabilities. Given the austere and remote nature of future operations, the time patients will be held on the ground and the time required to move patients will dramatically increase,” according to an overview by the warfighting laboratory ‘s Futures Directorate. It adds: “EF-21 scenarios will require a light and maneuverable means to provide surgical interventions far forward in austere environments. The forward surgical concept seeks to provide the platform and power to operate the latest medical technology in a package that is V-22 compatible and can augment other medical assets.”

As envisioned, the Shock Trauma Section could move with the company landing team. The FRS and STS likely would be transported via two MV-22 Ospreys. It’s like a forward aid station to support a company landing team and is focused on immediate surgical needs like stemming massive bleeding, a common cause of combat deaths. It’s not the battalion aid station. The BAS would remain near the battalion command post. “For now, this would be in the security support area of the company headquarters,” Gribben said of the FSS.

The concept has grown from two war games in 2015. During RIMPAC, the FRS/STS will train with Camp Pendleton, Calif.-based Marines with 3rd Battalion, 5th Marines, in late July.

The FSS/STS package includes “green” systems and “surrogate” technologies to sort concepts and systems. A Polaris MRZR, an Internally Transportable Vehicle that fits in the Osprey, gives the company legs to move its casualties and serves as the hub for power sourcing. “We are focused on being self-sustaining,” Gribben said. Electronic equipment can be powered or charged by solar panels and small, flex-fuel generators that reduce reliance on fossil fuels. A water filtration system and 100- and 150-gallon water bladders will extend the time between resupply. A robotic vehicle, the MUTT or Multi-Utility Tactical Transport, will help move casualties on litters into care faster than if just carried on foot and, they expect, enable more Marines to keep their weapons “pointed outward,” Gribben said. 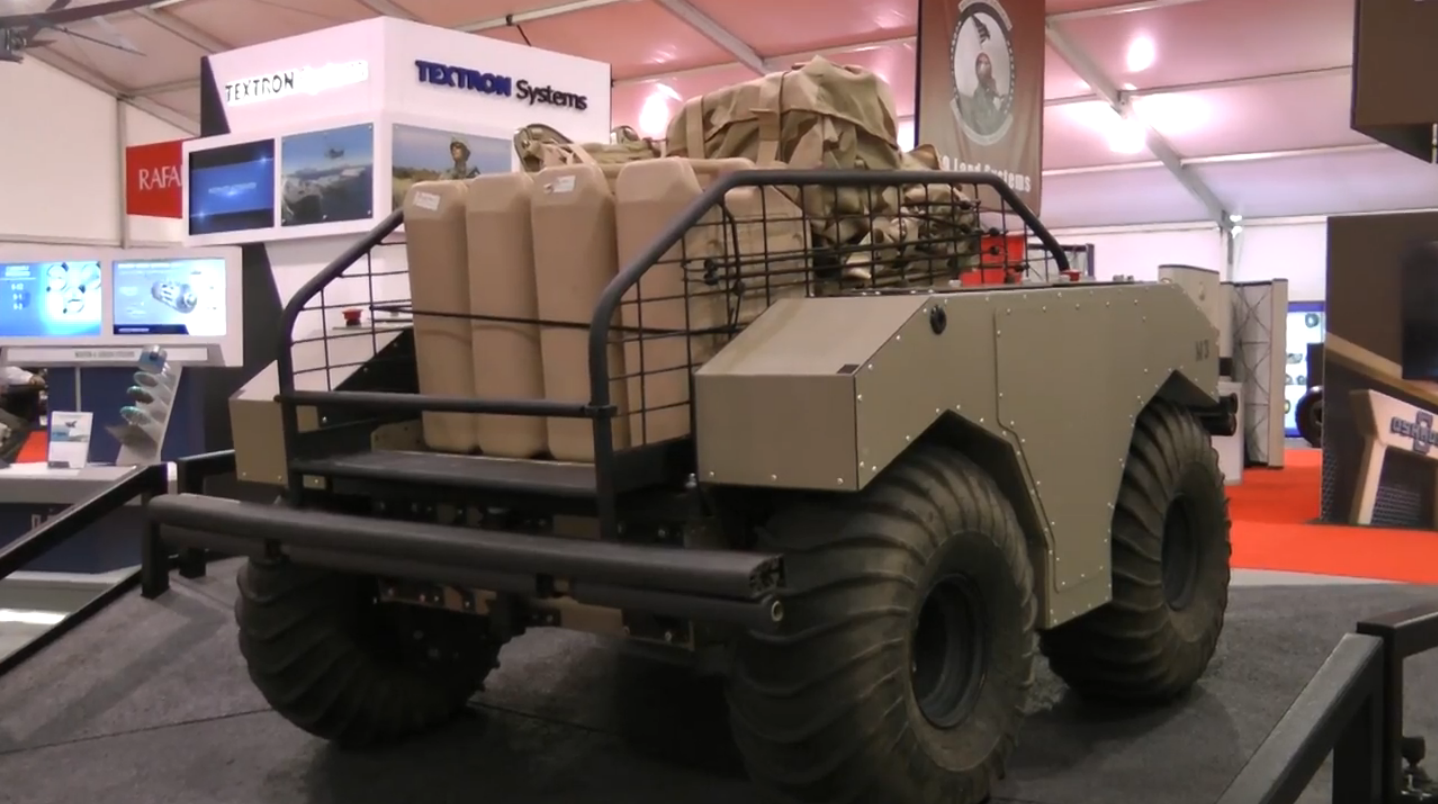 Proper blood storage is critical, he said, especially in a rugged or remote environment. The package includes new insulated, powered cases to keep blood at the proper temperature. “Warming” wraps are like a “smart” sleeping bag, warming the patient with embedded sensors that “sense the patient’s temperature,” said Gribben. Even in hot climates, he said, patients suffering blood loss or awaiting care or transport can lose body heat and further risks from organ failure.

During RIMPAC, the medical crews will use a prototype of a medical “common operating picture” enabling a corpsman or nurse, say, to input, track or share real-time medical data and higher headquarters to see patient load and status.

The surgical tents, which have lightweight framing but aren’t yet to military specs, can be assembled by two people in five minutes, Gribben said. That’s a lot faster and requiring less sweat equity than setting up the existing suite of tents, and it caught the interest of Hospital Corpsman 1st Class (FMF) Alisa Wilson.

Wilson, who has deployed to Afghanistan, said the robotic “litter” vehicle will save time, ease the load on corpsmen if they had to carry a 250-pound casualty and even boost security, especially in dangerous areas. The water filtration system is small, easy to use and more reliable and safer than locally-sourced water, she said. That, she added, will make it easier to keep sailors and Marines more hydrated.