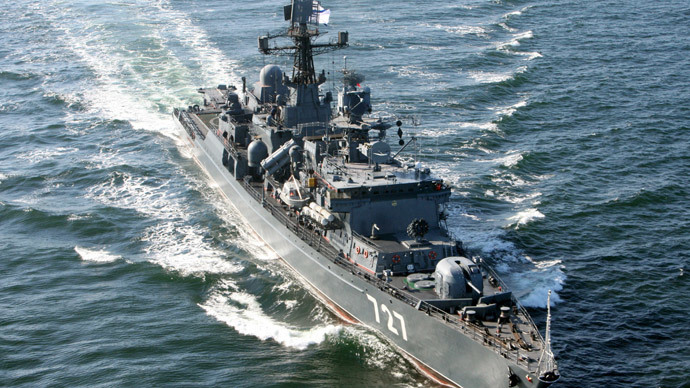 THE PENTAGON — A Russian frigate again came dangerously close to U.S. ships tasked with striking ISIS targets in Syria from the Eastern Mediterranean – coming within 150 yards of the Dwight D. Eisenhower carrier strike group while the carrier was conducting flight operations on Thursday, USNI News has learned.

“The actions of FF-777 were abnormal as they displayed maneuvers rarely seen by professional mariners at sea combined with an aggressive approach toward [San Jacinto],” read the assessment.

A Navy official contacted by USNI News confirmed a Russian frigate the interaction was, “unsafe and unprofessional.”

The report accused 4,400-ton Mudry of coming within 150 yards of the cruiser and quickly turning away in a manner described as “highly unprofessional” and as a “high-risk maneuver,” according to the report.

According to the incident report, Mudry also erratically weaved behind the cruiser’s wake instructing San Jacinto via radio to, “not cross my bow.” 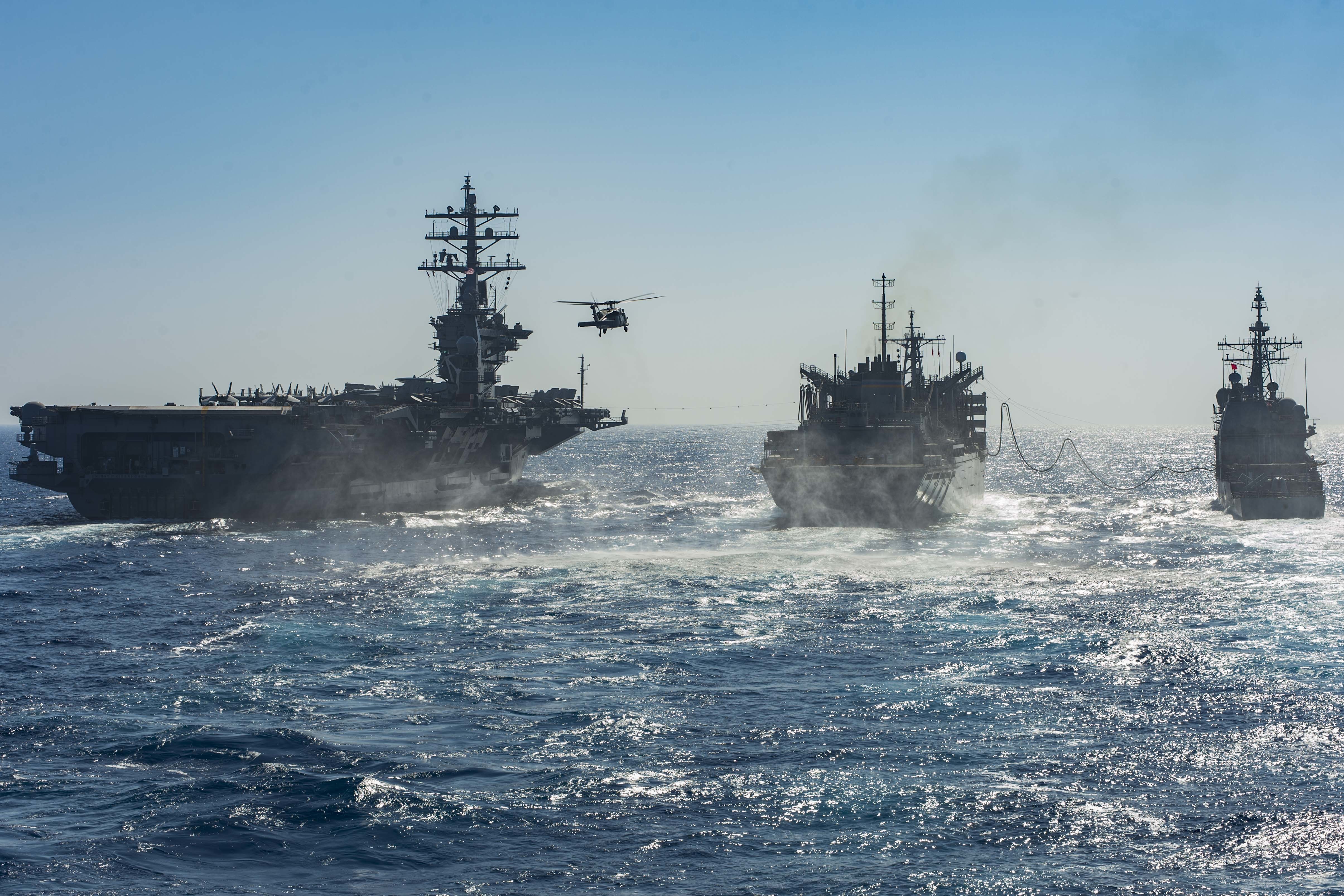 The series of “multiple erratic maneuvers” – all while USS Dwight D. Eisenhower (CVN-69) was launching and recovering aircraft – was characterized as “abnormal safe and unprofessional,” in the report.

Mudry was the same Russian frigate that on June 17 had a similar standoff with guided-missile destroyer USS Gravely (DDG-107) with the Harry S. Turman CSG and came within 300 yards of the ship after maneuvering in a fashion U.S. officials considered unsafe.

The crew of Gravely and the carrier determined the Russian frigate, “was intentionally trying to interfere with Harry S. Truman operations,” a U.S. official told USNI News this week.
“We have deep concerns about the unsafe and unprofessional Russian ship maneuvers. These actions have the potential to unnecessarily escalate tensions between countries, and could result in a miscalculation or accident which results in serious injury or death.”

Russian officials released a video earlier this week from Mudry which they accuse Gravely of acting unsafely.