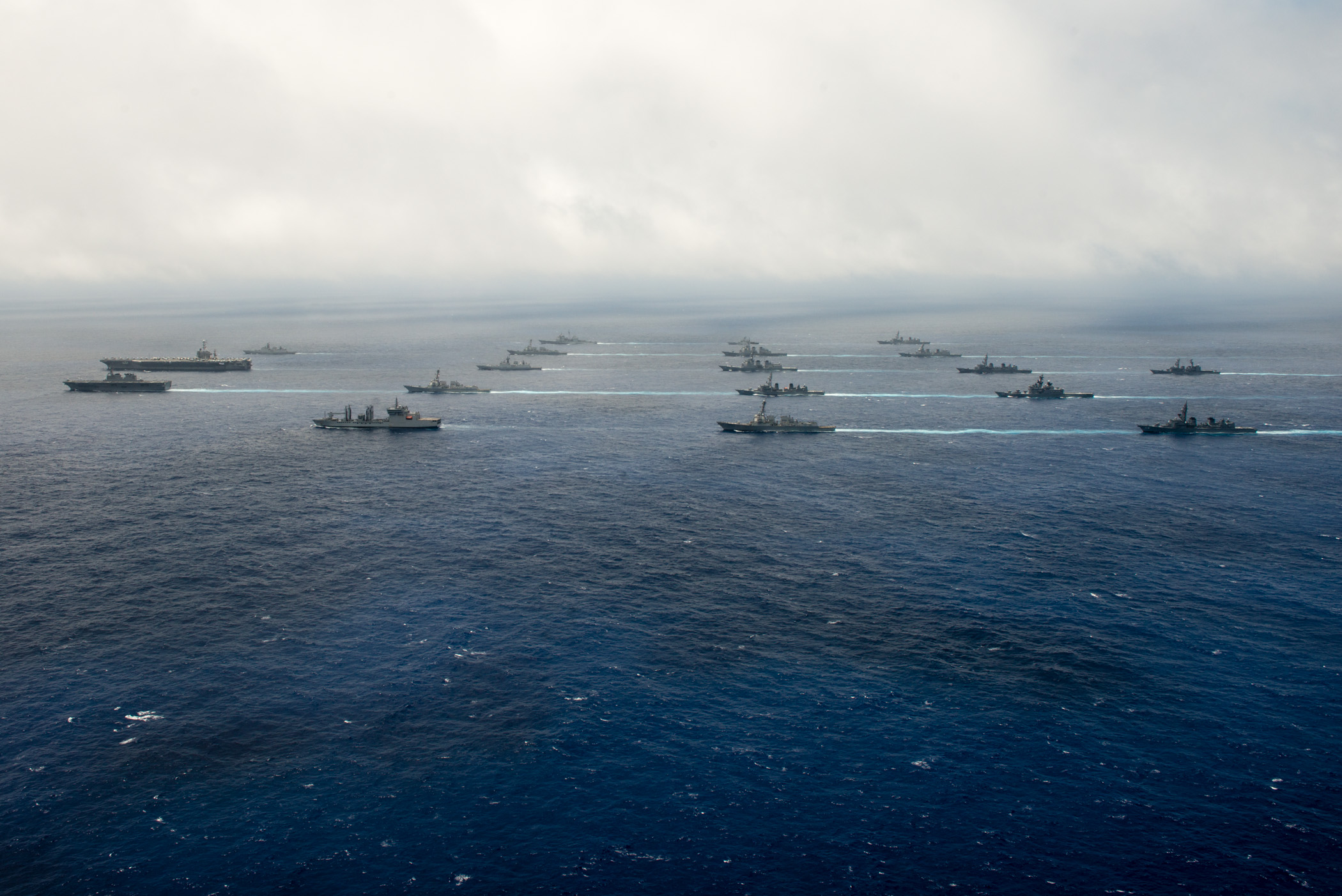 Navy, Pentagon and national leadership spoke about the importance of military alliances and regional cooperation in solving today’s biggest problems, from terrorism to piracy to maritime security.

Chief of Naval Operations Adm. John Richardson said today at the Center for a New American Security annual conference that multinational coalitions are active around the globe and solving unique challenges that single nations and bilateral partnerships alone cannot fix.

For example, he said, piracy off the Horn of Africa is “pretty much eliminated for now, and that is a multinational coalition that does address that problem.” Information-sharing technology has allowed for greater participation in these regional coalitions, with some partners bringing high-end capabilities and others bringing lower-end presence and capacity, but all sharing in relevant domain awareness information.

“These information-sharing types of technology allow us to maximize the overall contribution of that maritime coalition,” Richardson said, naming the P-8 maritime patrol aircraft as “one of these things that has really been almost a partnership-building type of a capability, that just everybody is looking for, more information, more awareness.”

Richardson said that information-sharing and humanitarian-assistance/disaster-relief cooperation are standard foundations of good relationships, but increasingly so is submarine operations.

In the Pacific, “many nations in the region are getting submarine forces, but there are aspects of submarine operations – submarine rescue, submarine safety, those sorts of things – that are a good opportunity for cooperation to everybody’s benefit,” he said. “So these are the building blocks by which you can start to build a more meaningful relationship with the backdrop of our presence in the region.”

The CNO noted there are many strong bilateral relationships in the Pacific, but increasingly common trilateral and multilateral collaborations are key to maintaining regional stability. Of the growing U.S./Japan/Republic of Korea relationship, Richardson said “that trilateral type of cooperation is another aspect of this changing dynamic in the region that is very encouraging in terms of another step in this network of partners that is advocating for this rules-based structure out there to manage growth and move this in a direction that continues to be non-confrontational, non-conflict.”

Defense Secretary Ash Carter spoke earlier in the day about the need for a web of trilateral and multilateral relationships in the Pacific as well.

“The U.S.-Japan-Republic of Korea trilateral partnership helps us coordinate responses to North Korean nuclear and missile provocations. And our three nations will conduct a trilateral ballistic missile warning exercise later this month,” he said.
“And through joint activities like the aforementioned Malabar Exercise, the U.S.- Japan-India trilateral relationship is starting to provide real, practical security cooperation that spans the entire region from the Indian Ocean to the Western Pacific.

“Many countries within the Asia-Pacific are coming together on their own in bilateral and trilateral mechanisms,” Carter continued.
“For example, India is increasing its training with Vietnam’s military and coast guard on their common platforms. And the Japan-Australia-India trilateral meeting last year was a welcome development and addition to the region’s security network.

Richardson and Carter made clear in their remarks that all these relationships were not intended to alienate China – in fact, bringing China into the conversation is a positive step for the Pacific.

“It’s important to remember, as I said earlier, that this Asia-Pacific security network is not aimed at any particular country. The network’s not closed and excludes no one,” Carter said.
“Although we have disagreements with China, especially over its destabilizing behavior in the South China Sea, we’re committed to working with them and to persuading them to avoid self-isolation. That is one reason why we’ll continue to pursue a stronger bilateral military-to-military relationship with our colleagues in China, including later this month at RIMPAC, which China will participate in again this summer.”

Richardson said that, after many telephone and video conference calls with his Chinese counterpart, he will travel to China next month to meet with his counterpart, People’s Liberation Army Navy (PLAN) chief Adm. Wu Shengli.

Vice President Joe Biden gave a keynote address at the CNAS conference, noting the importance now and going forward of seizing opportunities for partnerships around the globe; carefully managing complex relationships, such as those with China and Russia; and dealing with transnational events such as terrorism and health epidemics in a global, collaborative manner.

In addition to maintaining ties with treaty allies, “we’ve also seized historic opportunities to build relationships beyond our traditional allies. Fostering a democratic transition in Burma, deepening our ties in Vietnam, managing relationships with Cuba, expanding our partnership with India, working with ASEAN to advance rules-based order. These relationships complement our alliances and further support economic, political and military foundations of America’s Pacific power.”