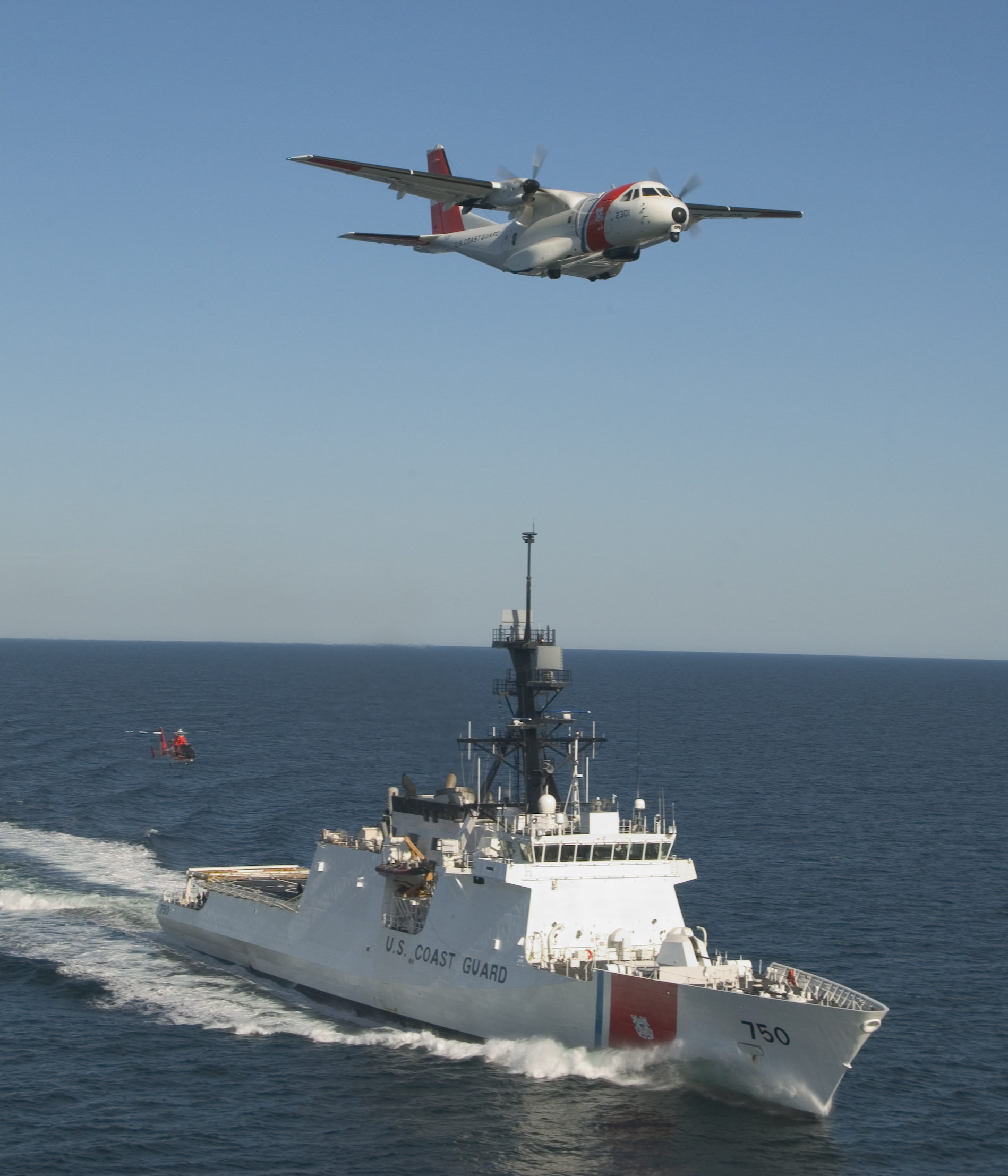 The U. S. Coast Guard’s first national security cutter took to the sea on Friday, operating in concert with the service’s new maritime patrol aircraft, the Ocean Sentry HC-144A, and a newly re-engined MH-65C helicopter. US Coast Guard photo.

The Coast Guard’s current success in its drug and human trafficking missions, as well as future success in its heavy icebreaker program, rest in a whole-of-government approach, the commandant said earlier this week.

Last year the Coast Guard removed more than 191 metric tons of cocaine from the market and this year is on track to remove more than 400 metric tons, which not only keeps the drugs off American streets but serves as a good first step in trying to restore law and order in Central American countries, Adm. Paul Zukunft said at an event Monday cohosted by the Center for Strategic and International Studies and the U.S. Naval Institute.

“We didn’t do it by ourselves. We had great support from Customs and Border Protection and (Homeland Security Investigations) within the Department of Homeland Security, and the national intelligence community – the Department of Justice, (Drug Enforcement Administration), FBI, just to name a few others – all in on this as well,” he said.
“So last year we removed 191 metric tons of cocaine and we took 700 smugglers into custody for prosecution here in the United States.”

Zukunft said this not only demonstrates a great interagency success, but also an international one – the president of Honduras told him that when drugs arrive in bulk on his shores, the first thing they lose is rule of law because police officers cannot be paid enough to counter the drug rings. The commandant said “it’s like money falling from the sky, but in this case it arrives in bales of cocaine,” and if the drugs stopped then the Honduran government could begin to address the violence and criminal activity that is driving mass migration from the country.

Zukunft said “the Navy is and must be deployed elsewhere” – between the pivot to the Pacific and the decommissioning of the last frigates, Navy presence in U.S. 4th Fleet is down dramatically – but thanks to an interagency intelligence gathering operation, Coast Guard cutters can be in the right places to make a greater impact than ever before.

“The only way you find these is through intelligence, and that’s where this whole of government comes into play,” Zukunft said.
“It’s the ability of these platforms to leverage intelligence so we can optimally position those where the greatest threats may exist.” 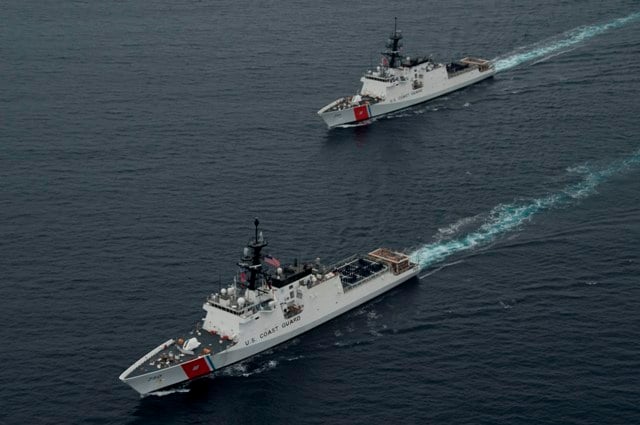 This year the Coast Guard awarded a contract for long lead materials for the ninth NSC, added by Congress above the original eight-ship program of record.

“Is there work for nine national security cutters? Absolutely,” the commandant said.

Interagency cooperation is important now and will be going forward, Zukunft made clear. Four months ago the Coast Guard posted the operational requirements for its heavy icebreaker program, and ahead of doing so “we consulted with Navy, National Science Foundation, Arctic Research Council, Department of the Interior, Department of Commerce – there are a lot of stakeholders that have Arctic equities, to make sure if you’re going to build a heavy icebreaker, does it meet the needs of whole of government? So we’ve already done that due diligence, including the operational requirement document that has been submitted.”

Zukunft said that, between the NSC, icebreaker, the Fast Response Cutter, upcoming Offshore Patrol Cutter and more, “we are investing in the Coast Guard like never before.”

The OPC program, with 25 ships planned, will be the Coast Guard’s larges acquisition program ever. Zukunft said the service would award a contract for the program by the end of the fiscal year.

In addition, the Coast Guard is missionizing 14 C-27J planes the Air Force transferred to them, creating a new intelligence, surveillance and reconnaissance tool.

“Its’ great that we are recapitalizing the Coast Guard and modernizing it as never before. As many services will probably testify to at a budget hearing, you can usually do one of three things: you can modernize, you can build and restore readiness, or you can build force structure – but rarely do you get to do all three at the same time,” he said, noting that the Coast Guard always has to sustain high readiness as a forward force, and that it is gradually growing back its force structure.

However, he said he is concerned that after all the investment in new platforms, the operations and maintenance budget won’t adequately keep pace. Zukunft said he’s been pleased to attend more ship commissioning ceremonies than decommissionings, “but that’s where the real expenses of that platform start to kick in because now you own it for the next 40 years. It’s not on warranty, so now you need to operate and maintain it.”

Coast Guard operations budgets have not kept pace with increases in overall government spending top lines as outlined in the Bipartisan Budget Agreement, and he said he worries that if spending doesn’t increase faster he will struggle to man and operate the ships he’s been able to buy in recent years.

Big picture, Zukunft said funding for the Coast Guard will need to increase enough to allow for an even larger fleet.

“We are currently resourced for a relatively benign operating environment,” he said, such as a single natural disaster at a time. But if more complex operations were required – responding to a dual event, such as an earthquake followed by a tsunami, or responding to an overseas threat – “we’re going to need a bigger coast guard.”