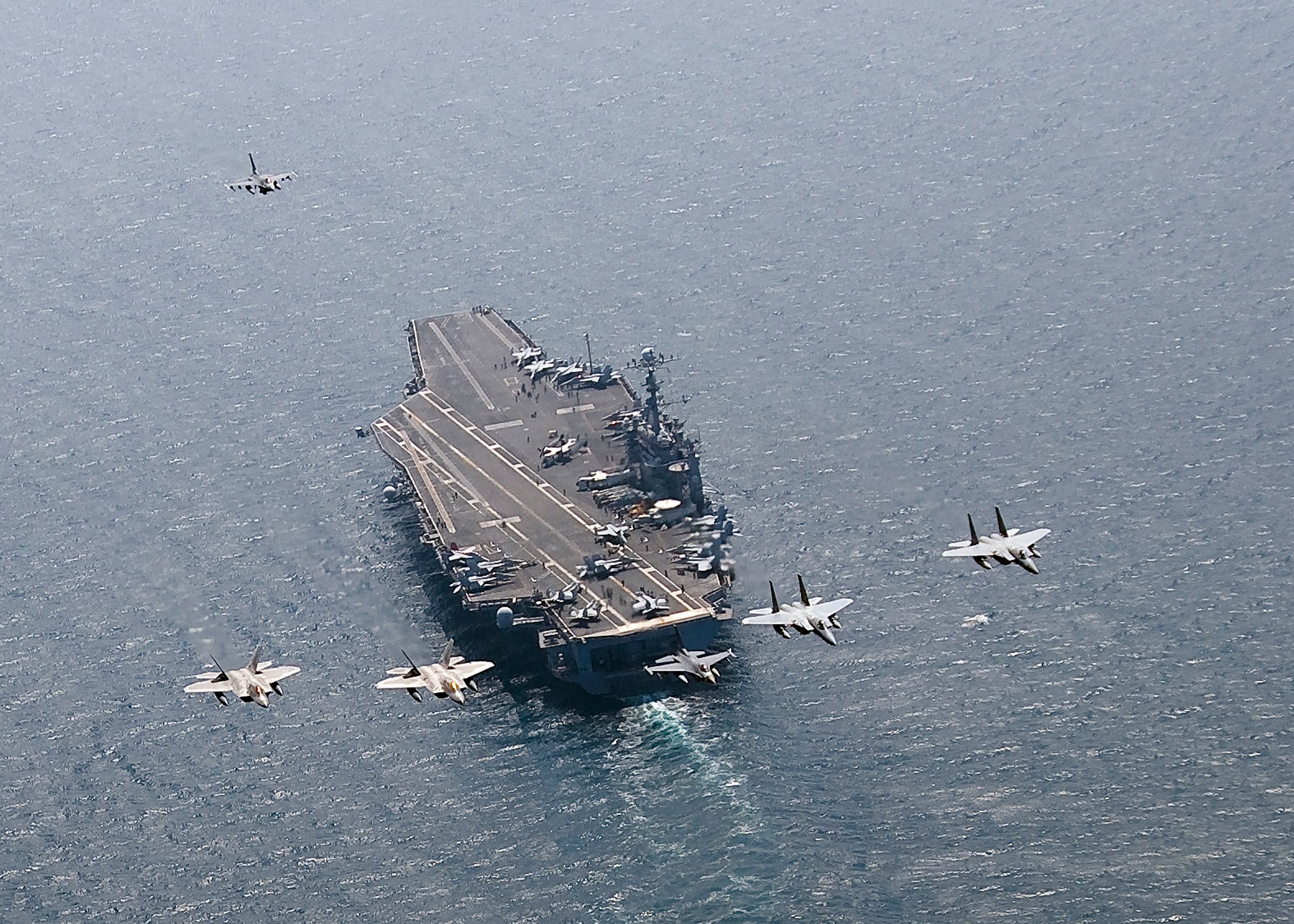 WASHINGTON – The Air Force’s top officer said today he welcomes input from the Navy and the other services in determining how to provide future U.S. air power – which may not include a sixth-generation manned fighter.

Air Force Chief of Staff Gen. Mark Welsh also said at a Defense Writers Group event that he is not concerned about Congress’s creation of the National Sea-based Deterrence Fund, intended to assure sufficient funding for the next strategic ballistic missile submarine to replace the current Ohio-class “boomers.” But, he said, there should also be a national debate on the need to modernize all three legs of the strategic deterrence triad – silo-based missiles and the strategic bomber, in addition to the Navy’s SSBNs.

Welsh, who is set to retire next month after four years as Air Force chief of staff, was asked what came of an earlier effort between the Navy and Air Force to develop a sixth-generation fighter to eventually replace the F-22 and F-35. The Air Force has changed its view of the future, Welsh said, and now is considering a possible system of systems approach that might not include a new manned aircraft.

“When it comes to sixth-gen fighter, or more recently our Air Superiority 2030 Capability effort, everybody was invited to participate. We want the Navy there, the Marine Corps, and the Army is welcome to come,” he said.
“What we want to do is stay ahead of the developmental curve… so we’re thinking about options 20 years down the road. And everybody who would be impacted by those options is welcomed.”

The Air Force’s new view – that the F-22 and F-35 replacement may be a system of systems and would include unmanned aerial vehicles – puts the service squarely in line with the Navy. In 2015 Navy Secretary Ray Mabus predicted that the F-35C Joint Strike Fighter would be the last traditional manned fighter the Navy would buy. In January the Navy began a requirements study for the Next Generation Air Dominance program – the effort formerly known as F/A-XX, or the sixth-generation fighter program – and Navy aviation leadership told USNI News that the effort would be conducted with input from the Navy but not in a joint manner.

“We have established a partnership with the Navy and the other services, and there is no intent to change that. We’re trying to accelerate and expand it,” Welsh said of the Air Force’s view on collaborating with the Navy on future fighters.

Discussing an earlier Navy partnership, Welsh said the Air-Sea Battle idea – which began as a Navy/Air Force collaboration – was seen by the two services as a reasonable approach in a time of limited budgets to avoid duplication of effort in countering the A2/AD capabilities being fielded by China and, to a lesser extent, Iran.

Although that has become a DoD-directed office, the services all contribute to it, Welsh said.

“Anything we do in mission areas that overlap or intersect in battle space, we should cooperate with the other services,” he said.

Asked about the separate fund to support the Ohio replacement submarine, Welsh said he was “not a conspiracy theorist” and did not believe the Navy was trying to take away money the Air Force needs for its parts of the nuclear triad, which consists of silo-based intercontinental ballistic missiles, nuclear-capable strategic bombers and the sea-launched ballistic missiles on SSBNs.

Because the Ohio replacement submarines could take as much as $10 billion a year from the Navy’s shipbuilding account, which averages around $15 billion, Congress created a separate fund for the new subs. But so far lawmakers have put little money into it.

“The idea was to ensure that the Navy strategic program continued,” Welsh said.
“It’s a question of what are we going to invest in. That’s a policy decision, not an Air Force or Navy decision… And if we’re going to have that capability, it has to be credible against an enemy today and viable 10 to 20 years in the future. Maintaining what we have today won’t do that.”

Some critics have said that keeping and modernizing the entire triad could cost in excess of $1 trillion and may no longer be necessary.

But, Welsh said, “I’m a believer in the triad. There are benefits in having a very survivable capability like the sub-launched ballistic missiles, a very flexible option like a bomber and a very responsive option, and relatively cheap option, like the ground-based ballistic missile.”