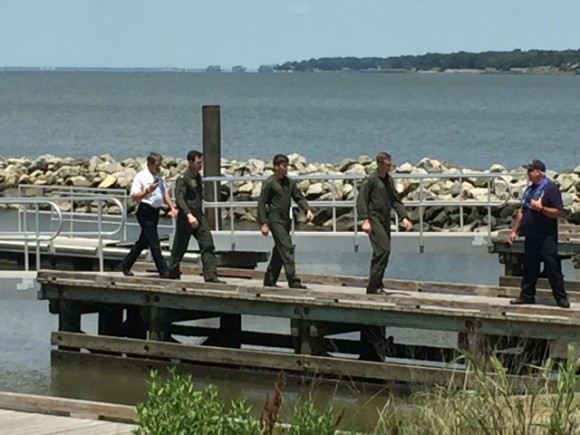 The three crew members from the MH-60S that crashed in the James River walked from the Newport News Police Department (NNPD) boat to an ambulance. NNPD photo.

This post has been updated to include additional images and information from local news sources.

A U.S. Navy MH-60S helicopter crashed in the James River today while on a routine training mission, the Navy announced.

The three crew members aboard were rescued by a Newport News Police Department boat and then transported by ambulance to Naval Medical Center Portsmouth, Naval Air Force Atlantic spokesman Mike Maus told USNI News. He said the three were uninjured.

Local media reported that civilian boaters first rescued the three crew members from the water and called 911. The crew were transferred to the police boat and then to a fire department boat for initial medical evaluation.

Newport News Fire Battalion Chief Steve Pincus told reporters in a press conference that the scene will remain an active investigation site for “some time,” with the Navy taking the lead. Local hazardous materials teams were monitoring for spilled fuel, and state and local agencies were blocking off the river to allow space for the Navy investigation and eventual recovery of the helicopter. 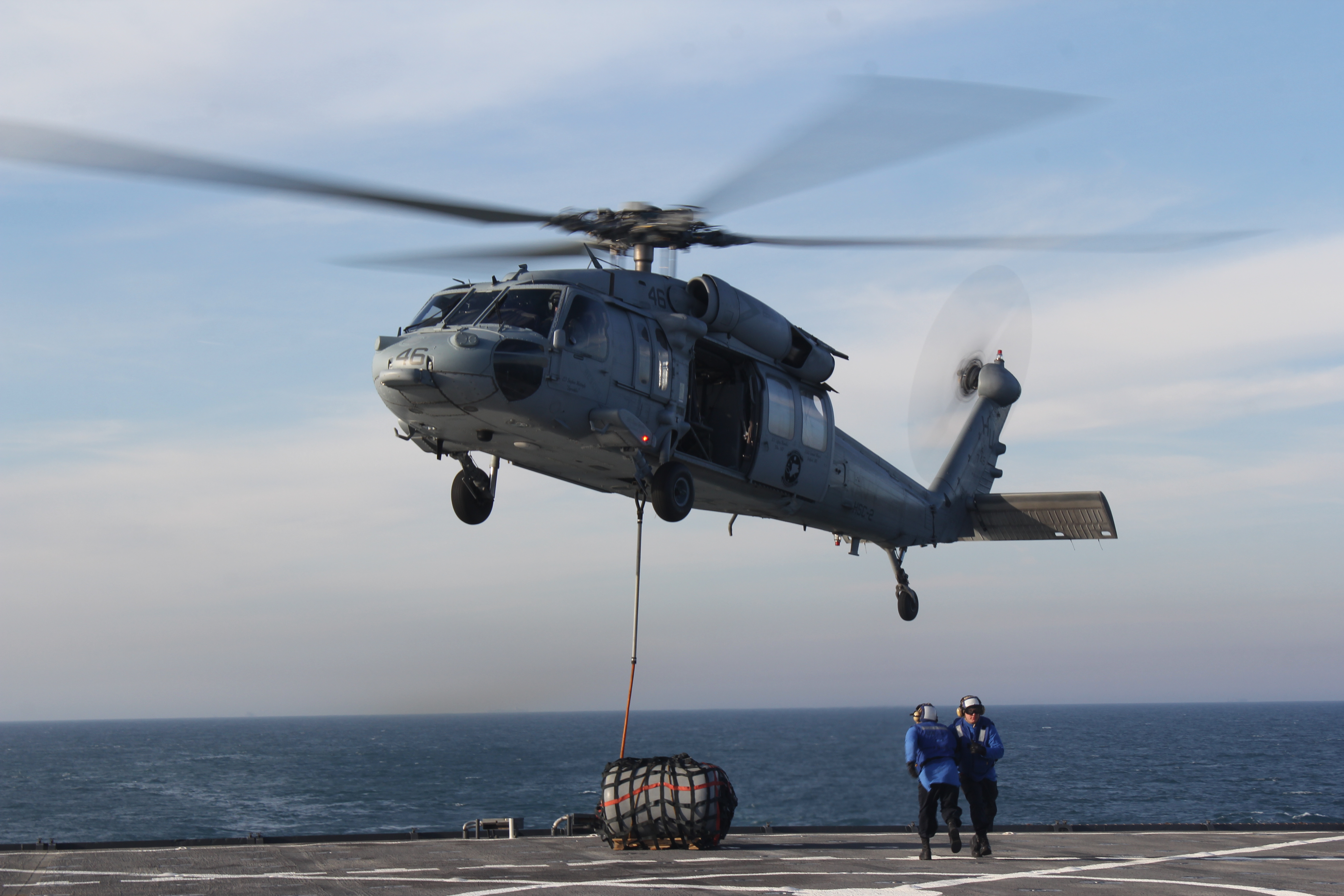 Redhawk 746 from the Fleet Angels of HSC-2 conduct daytime vertical replenishment training for certification onboard the USS Carter Hall (LSD-50) off the cost of Norfolk, Va., on March 7, 2016. US Navy photo.

The helicopter is assigned to Helicopter Sea Combat Squadron Two (HSC-2) “Fleet Angels,” a fleet replacement squadron based at Norfolk Naval Station’s Chambers Field. The replacement squadron serves to train pilots and aircrewmen to fly the MH-60S for a variety of missions, including fleet logistics support, search and rescue, medical evacuations, humanitarian assistance and more, according to the squadron’s website.

A mishap investigation board will be convened to determine the cause, according to a Navy statement. Maus said there is no indication yet of whether the aircraft experienced a malfunction or whether human error may have caused the crash.