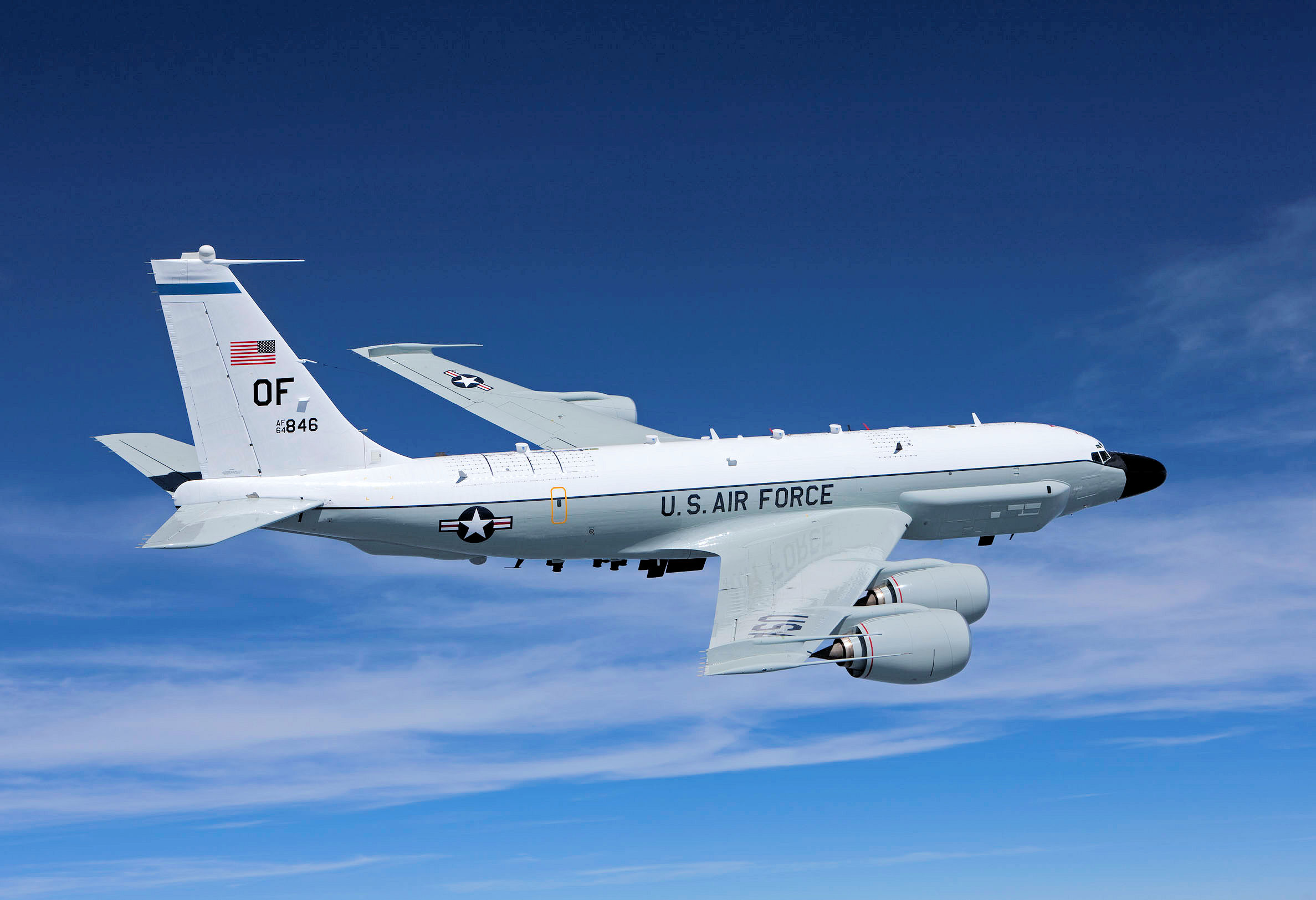 A Tuesday intercept of a U.S. Air Force reconnaissance plane by a Chinese fighter the Pentagon deemed unsafe was likely due to “improper airmanship,” a defense official told USNI News on Wednesday.

However, poor airmanship rather than intentionally aggressive flying was to blame for the safety concerns, according to an assessment from U.S. Pacific Command.

“One of the intercepting Chinese jets had an unsafe excessive rate of closure on the RC-135 aircraft,” read a statement provided to USNI News on Wednesday morning.
“Initial assessment is that this seems to be a case of improper airmanship, as no other provocative or unsafe maneuvers occurred.”

In response to the Pentagon, Chinese officials again called for U.S. surveillance planes to stop patrolling so close to the Chinese coast.

“I want to point out that pilots of the Chinese military take responsible and professional moves in accordance with laws and regulations,” said Chinese foreign ministry spokesman Hong Lei on Wednesday.
“Everything starts with the US military aircraft’s frequent reconnaissance against China’s coastal areas which severely threatens China’s safety at sea and in the air. China has the right to take defensive moves in response. We urge the US to stop such kind of reconnaissance activities and prevent similar incident from happening again.”

The Tuesday incident with the Rivet Joint follows one in May over the South China Sea when two Shenyang J-11 fighters came close to a U.S. Navy EP-3E Aries II signals intelligence aircraft near the People’s Liberation Army enclave on Hainan Island.

In September, two Xian JH-7 fighters conducted a less dramatic intercept of a U.S. Air Force RC-135 Rivet Joint with one fighter crossing about 500 feet in front of the nose of the surveillance aircraft in which some reports called a “near collision” over the Yellow Sea.

At the time, Pentagon spokesman Peter Cook said, “there’s no indication this was a near collision but the report that came back was that the plane operated in an unsafe fashion.” 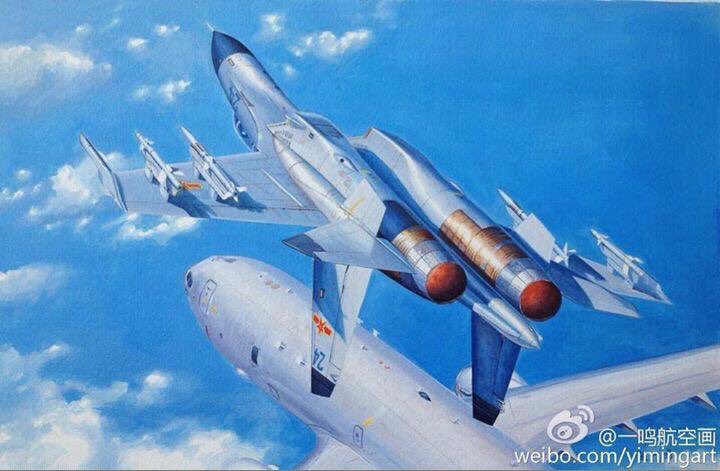 An artist’s depiction of a Chinese J-11 intercepting a US Navy P-8A Poseidon in 2014. Image via Weibo

Aside from the recent incidents, U.S. officials have characterized the interaction between Chinese and U.S. surveillance flights as mostly professional since a 2014 incident where a fully armed J-11 performed a threatening barrel roll in front of a U.S. Navy P-8 Poseidon to show the aircrew it was carrying a full weapons load-out.

The following is the June 8, 2016 statement from the Pentagon on the intercept.

U.S. Pacific Command has reviewed the details of an intercept of a U.S. reconnaissance aircraft (US Air Force RC-135) on a routine patrol by two Chinese jets (J-10s) that occurred on June 7 (local time), in international airspace, over the East China Sea. One of the intercepting Chinese jets had an unsafe excessive rate of closure on the RC-135 aircraft. Initial assessment is that this seems to be a case of improper airmanship, as no other provocative or unsafe maneuvers occurred. The Department of Defense is addressing the issue with China in appropriate diplomatic and military channels.