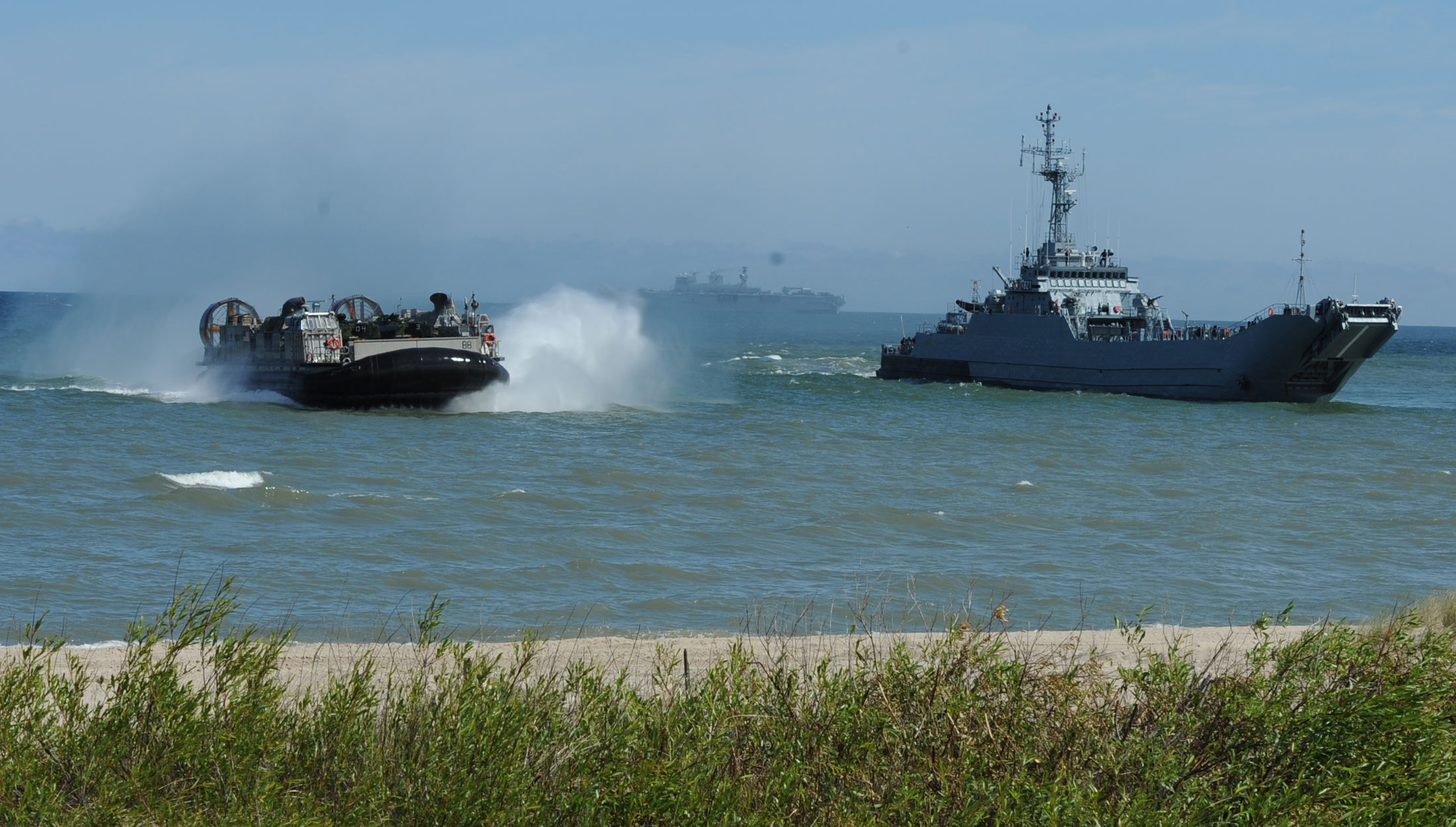 Summer is exercise season in the Baltic Sea region, and one of the largest ones is BALTOPS 16, which runs between June 3 and June 18, and ranges across a considerable portion of the Baltic Sea.

Over the next three weeks BALTOPS 16 will draw together some 6,000 personnel, 45 warships, and 60 aircraft from 17 nations, including the United States, Germany, the U.K., the Netherlands, along with the littoral states of the Baltic States who are NATO members (Estonia, Latvia, Lithuania, Poland, Denmark) or NATO partners (Sweden and Finland).

Over the last two decades, the annual BALTOPS exercises have taken on a decidedly low-end character, with emphasis placed on maritime security tasks such as search and rescue, counterterrorism at sea, and other types of cooperative security tasks. High-end naval and amphibious warfighting came roaring back, however, to BALTOPS 15, with landing exercises taking place in both Sweden and Poland, while B-52s were brought in to practice airborne deployment of sea mines.

BALTOPS 16 will maintain the focus on high-end maritime warfighting (including amphibious landings and anti-submarine warfare), as the region remains a central friction zone between NATO and a newly assertive Russia that has continued with its snap exercises and close, and arguably dangerous, encounters between Russian and NATO member warships and jets. Indeed, this behavior has even escalated in recent months, as the U.S. guided missile destroyer USS Donald Cook (DDG-75), while in the Baltic Sea in April, experienced multiple high-speed passes by Russian jets at close range. A few days later a U.S. reconnaissance flight over the Baltic Sea was barrel rolled by a Russian fighter which came as close as 30 feet to the U.S. plane.

The navies and merchant fleets of the Baltic Sea littoral states have experienced this type of behavior since 2014, but Russia now seems more willing to also perform these types of maneuvers in close proximity to US ships and planes. This should be understood as an extension of the anti-access area denial (A2/AD) network that Russia is building with long-range anti-ship and air defense systems in its Kaliningrad enclave in the southeast corner of the Baltic. Making it uncomfortable for the United States and NATO to operate and exercise in the Baltic through dangerous encounters is another way to deny the area to U.S. and NATO forces.

BALTOPS 16 is an important message to Russia, and showcases the U.S. and NATO’s determination to operate in the Baltic Sea, and prepare for contingencies when maritime forces will have to play a role in forcing access to the region to reinforce the exposed Baltic States in a crisis or during wartime. But BALTOPS is also sorely needed for purely military reasons.

The nations of northeastern Europe, along with the rest of the NATO members, have spent precious little time on complex and high-end warfighting skills, such as anti-submarine warfare in the littorals, over the last two decades, and these skills must now be dusted off.

Furthermore, there is a real need to bolster interoperability and a regional approach to maritime missions. While the navies of the region have indeed shrunk since the end of the Cold War, northeastern Europe is hardly void of capable platforms and crews. Sweden and Germany operate some of the best conventional submarines in the world, while both Norway and Denmark have opted to introduce the F-35 Lighting II to replace their F-16 Fighting Falcon fleets. Poland meanwhile has embarked on an ambitious military modernization effort, which includes both new surface combatants and a new class of submarines. BALTOPS is an important opportunity to begin stitching these capabilities together across the region.

BALTOPS also carries special political importance this year. It is held a mere month before the major NATO Summit in Warsaw in Poland, close to the Baltic Sea, where NATO is expected to decide on a more robust presence in northeast Europe in the form of multinational battalions for the Baltic States.

Previous major meetings of NATO’s leaders have usually been accompanied by Russian attempts to stir discord within the alliance. For example, Russian operatives snatched an Estonian intelligence agent from Estonian territory mere days after President Obama visited the country in 2014, in a clear attempt to point to America’s apparent inability to defend its allies. Russia will certainly watch BALTOPS 16 closely, and may attempt to disrupt it, or stage its own snap exercise, to cast doubt on the alliance as it prepares for its crucial summit in Warsaw.