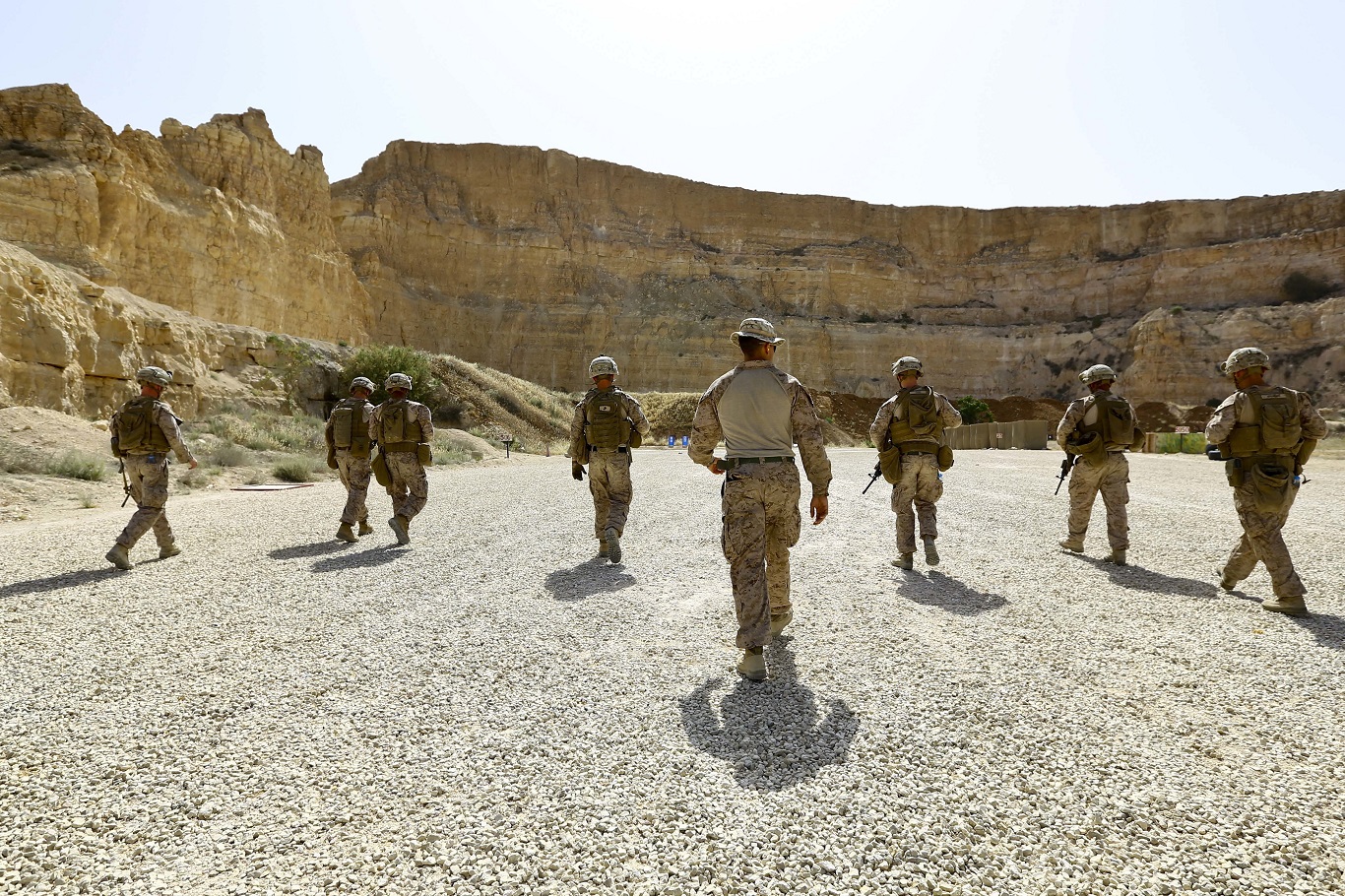 The Marine Corps needs to push the envelope now during a so-called inter-war period – pursuing better technology, tighter international partnerships, higher manpower levels – to be ready whenever and wherever the next war breaks out, the assistant commandant of the Marine Corps said this week at the Navy League’s Sea-Air-Space Exposition 2016.

Though Marines are busier now than during previous inter-war periods, Gen. John Paxton said potential adversaries are developing new technologies and tactics at accelerated speeds, and the U.S. needs to keep up.

“We used to pay attention to the Spratlys and the Paracels, but now we’ve got shoals and reefs that no one knew was out there, and they’re a lot bigger and a lot more permanent than they were two years ago. They threaten the [United Nations Convention on the Law of the Sea] and the freedom of navigation,” Paxton said during his speech of the South China Sea.

Afterward to reporters, he said of China and Russia, “we watch them in terms of their ability to integrate, their ability to accelerate, their ability to navigate. … There are areas where we believed we had a distinct advantage, and now we watch to see what they do. And this is more along watching what happened in Syria, what happened in Ukraine, what’s happening in the South China Sea, because they are evidencing capability, whether it’s offensive or defensive, that perhaps we hadn’t seen before … like [electronic warfare], like cyber.”

To prepare for whatever war comes next, potentially against these increasing capabilities the U.S. has seen from Russia and China, Paxton said repeatedly that the Marines need to “push the envelope” now.

“We need to keep pushing that envelop, both with our technologic purchases, what we do with operational test and evaluation, and what we do in a joint and combined arena so we have the ability to share techniques and share procedures and do command and control with allies and partners,” he said in his speech.

In dealing with partners, Paxton told reporters that “it’s a joint and combined world and we’re going to have to fight that way. So when you look at exercises we do, whether it’s bilateral or multilateral – you take the Pacific, for example, we’ll do bilateral exercises with Japan and with Korea, with Thailand, with the Philippines, and then we do multilateral exercises like RIMPAC. And every time we do those, we’re always testing new organizational concepts, new technologies or new equipment, and we’re sharing some of that. We always have to work deliberately into the sharing mechanism in terms of need-to-know and ability to work together, but we constantly push the envelope” on developing closer partnerships, he said. 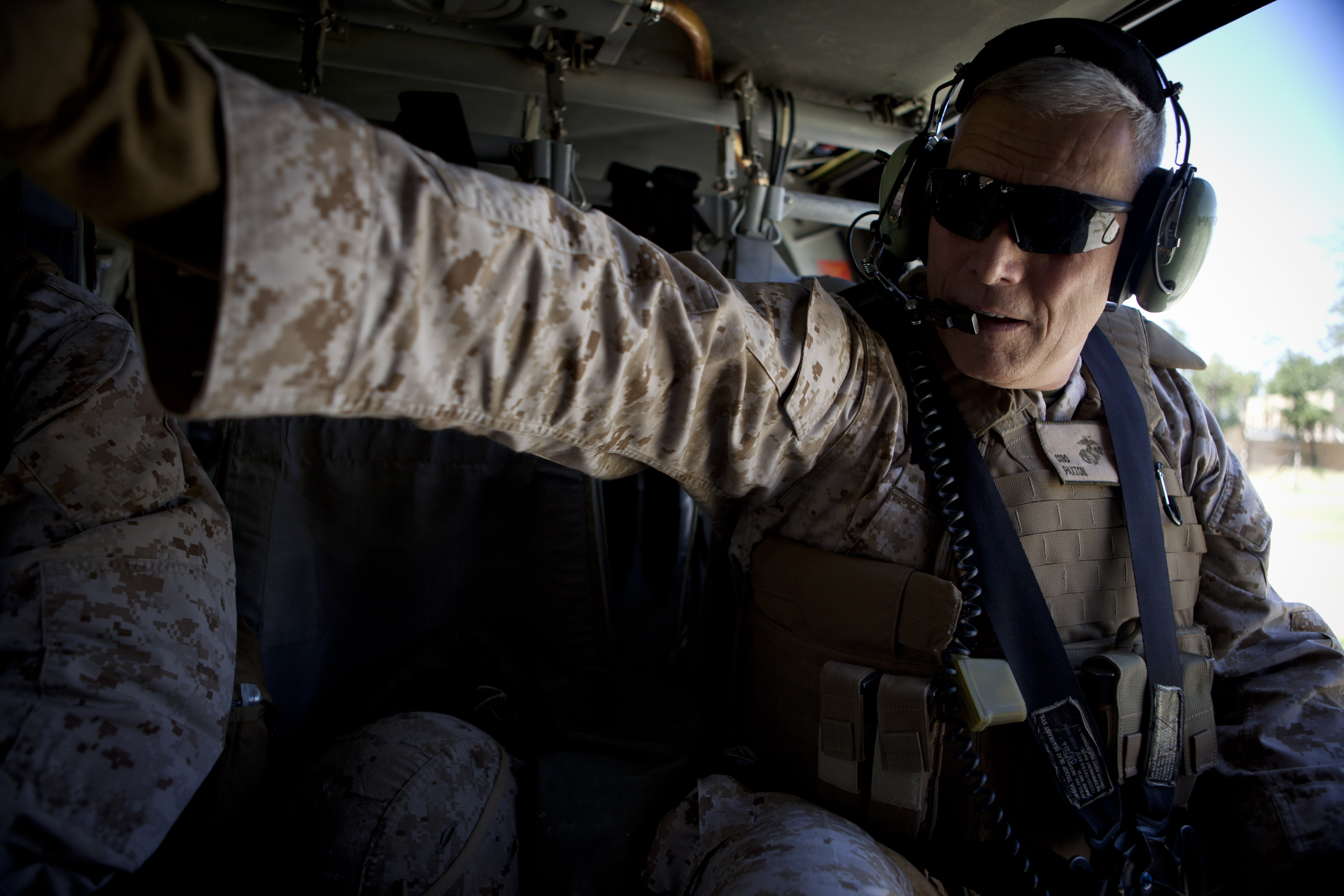 Another way to hedge against a future war of unknown time, location and nature is to build up cyber, electronic warfare, information warfare and other high-tech skills – which Paxton said is important but shouldn’t come at the expense of conventional forces. As the Marine Corps has been on a glide path down to 182,000 Marines – nearly 5,000 below the service’s stated need – building up a cyber force within that same headcount has meant a rearranging of the force that would pull from other warfare communities. But Paxton said there is still hope the service could find a way around this, preserving its conventional force and adding in extra cyber and electronic warfare personnel.

“We haven’t taken a cut to conventional forces as a given,” he told reporters.
“I mean, when we did the study four years ago, 186,800 was the optimal number for the Marine Corps. As you all know we’re on our way to 182 now. There is language in at least two of the committees about buying back 3,000 there. But we’d like to get north of 186,800. We believe that’s the number we need, and that will allow us to retain the conventional force capability, which we have to have to go into Afghanistan, to do the counter-ISIL fight, to be around the world, and also simultaneously develop some of those new skills and capabilities.”