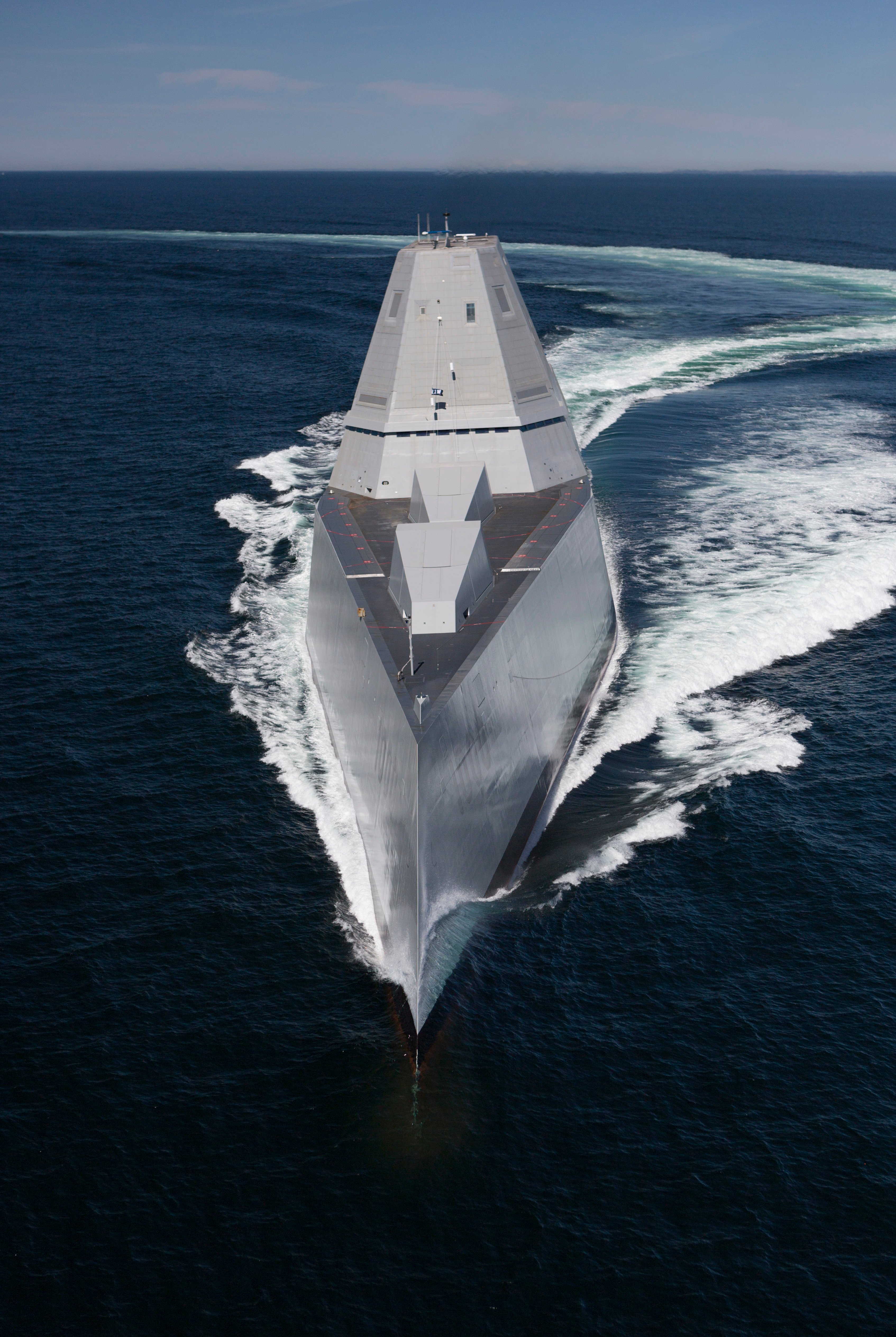 The delivery of the 16,000-ton Zumwalt (DDG-1000) optimized for stealth and operations close to shore follows last month’s successful acceptance trials of the ship overseen by the service’s Board of Inspection and Survey (INSURV), Navy officials told USNI News.

“Zumwalt’s crew has diligently trained for months in preparation of this day and they are ready and excited to take charge of this ship on behalf of the U.S. Navy,” said Capt. James Kirk, commanding officer of Zumwalt in a statement. “These are 143 of our nation’s finest men and women who continue to honor Admiral Zumwalt’s namesake with their dedication to bringing this ship to life.”

Now that Zumwalt is delivered, the ship’s crew will move aboard and begin an about four-month training process to operate the ship ahead of the ship’s planned commissioning in Baltimore on Oct. 15.

Following commissioning, the ship will transit to San Diego to complete the combat systems activation in a post-delivery maintenance availability. The move will free up additional space in the BIW yard allowing more room for the construction of other ships at Bath.

Zumwalt is the first hull delivered in the $22 billion, three-ship class. The second and third ships — Michael Monsoor (DDG-1001) and Lyndon B. Johnson (DDG-1002) – are currently under construction at BIW.

The ships delivery was delayed by several months — in part — due to an extensive testing schedule to prove out several of the new systems on the ship.