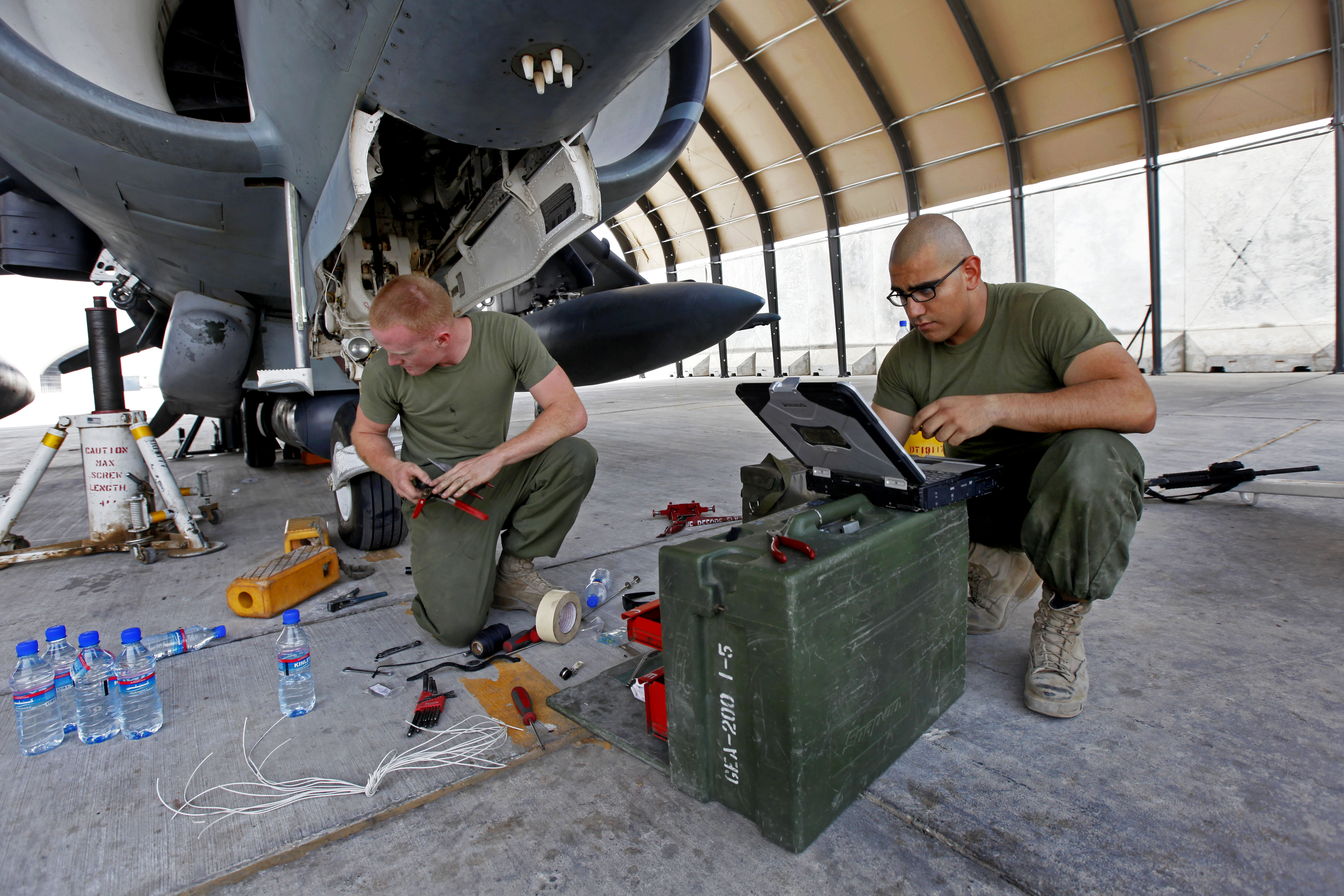 NATIONAL HARBOR, Md. – Future weapons acquisition will have to grapple with several challenges as the Navy replaces legacy systems with new ones that may accomplish a mission in drastically different ways –comparing total ownership costs of dissimilar systems, predicting how the fleet may employ these innovative concepts, and building in some agility to react when predictions don’t pan out, Navy leaders said Wednesday at the Navy League’s Sea-Air-Space Exposition 2016.

The Navy and Defense Department – with a healthy dose of pressure from lawmakers – have pushed for smarter contracting over the last couple years to make the most of every defense acquisition dollar. But for program managers responsible for spending those dollars, there aren’t always clear answers as technology evolves.

For example, “as part of the next generation for NGEN (Next Generation Enterprise Network), we’re looking at an extensive use of cloud services, so we did a cost estimate,” Lewis said.
“Right now NGEN C costs several thousand dollars per person. A cloud offering for the same capability is like $6. So we did a cost estimate. Is that cheaper? It seems like an obvious answer. The answer was no, it’s not cheaper. And we struggled with that for a while, and it turned out the cost of having the word processing and the Internet access and all that was the same, but what wasn’t included in the lifecycle cost estimate was the cost of the actual computer and all of the support for the computer, which you don’t need (with a cloud service)– you just need a … fairly dumb terminal to access the cloud.

“So we had left out of the equation all of the big cost drivers, so it looked like it was no savings. We changed that, included those things in the cost, so now it was … a more holistic process, and now it turns out it is cheaper to spend $9 a seat instead of several thousands per seat,” he continued.
“But that took us quite a while to figure out the second and third order effects of a new technology that we had to think about it in a very different way in order to realize there were savings there.”

“Our program managers are routinely forced to make decisions and tradeoffs that they know will reduce total ownership cost, but it comes with an increase in acquisition cost, and then it’s relegated to the junk pile. And that’s a mistake,” Kearney said during the panel.
“There’s definitely pressure on our PMs to reduce acquisition cost – the cost caps, unit cost [key performance parameters], Nunn McCurdy, the whole nine yards. However, I have seen several opportunities that the program managers have had where we could reduce total ownership costs significantly but it came at a slightly increased acquisition cost, and they said nope, can’t do it. And I think that, as an acquisition community fielding our ships to our Navy, we need to figure out how to do that.”

The Marine Corps is in the midst of acquiring some sophisticated technologies that will totally overhaul how they conduct certain missions – integrating active protection systems onto ground vehicles to neutralize incoming missiles and mortars, rather than adding on more and more armor plates, for example. The active protection system would cost much more upfront than more armor plates, but it would theoretically save the Marine Corps a lot of money repairing and replacing ground vehicles that were hit by incoming rounds, would avoid injuries and deaths from vehicles being hit, and may even allow more efficient ground vehicle operations if it were safer for smaller convoys to go out on their own. So how does the Marine Corps compare the total ownership costs of those two vastly different scenarios?

Brig. Gen. Joseph Shrader, commander of Marine Corps Systems Command, conceded it was a challenge. In a case like this, he said, the best argument for fiscal support from the Pentagon is commonality: picking an open system that could be integrated onto additional platforms later on without further engineering costs.

“You want to make sure that the system you design is adaptable to many different platforms,” Shrader said.
“It has to be integrated into the system, but integrated in such a manner where you can take it off of one system like the LAV (Light Armored Vehicle) and also use it on JLTV (Joint Light Tactical Vehicle) or any of the other vehicle platforms we have coming along.”

Shrader told USNI News after the panel that the pursuit of an active protection system is still “in the infancy” stages, but “it’s a done deal in terms of we’ve decided we have to go after it.” The Marine Corps is already working with the Army to integrate an Israeli Trophy active protection system onto an Abrams tank, and it is also working with the Navy to get Fiscal Year 2017 research and development dollars under the rapid prototyping effort to look at other systems, possibly including the Iron Curtain system. Shrader said the Marines may also look at integrating active protection systems onto the LAV and JLTV, pending the results of the tank tests.

Also at the panel, Naval Supply Systems Command (NAVSUP) Commander Rear Adm. Jonathan Yuen said the acquisition, maintenance and supply communities needed to talk to the operators when procuring a new system and thinking about its future maintenance needs, in the hopes of designing an efficient maintenance and logistics model. And, he said, they need to build in flexibility so they can throw that efficient plan out the window when things inevitably change.

“Changes do happen though after we buy weapons systems – technological changes, obsolescence occurs, the threat environment changes,” he said.

Navy aviation has proven this true recently – the legacy F-18 Hornets are having their lives extended, the Super Hornets are being used much more heavily at the beginning of their lives than anticipated, and the Marines’ AV-8B Harriers that were supposed to sundown in 2018 will now be used until 2026 or later, Yuen said. Each platform had a maintenance plan, but with these changes the supply community is having to react quickly to get parts and tooling for these planes that, in many cases, were made by companies that no longer exist. Marine and Navy aviation officials have said 3-D printing has proven to be a good solution here. But Yuen said he would like to see the Navy start buying technical data packages when they buy a platform, rather than letting the original manufacturer retain that information, to give the Navy the knowledge and the flexibility to react as needed to sustain their planes, ships and weapons efficiently going forward.