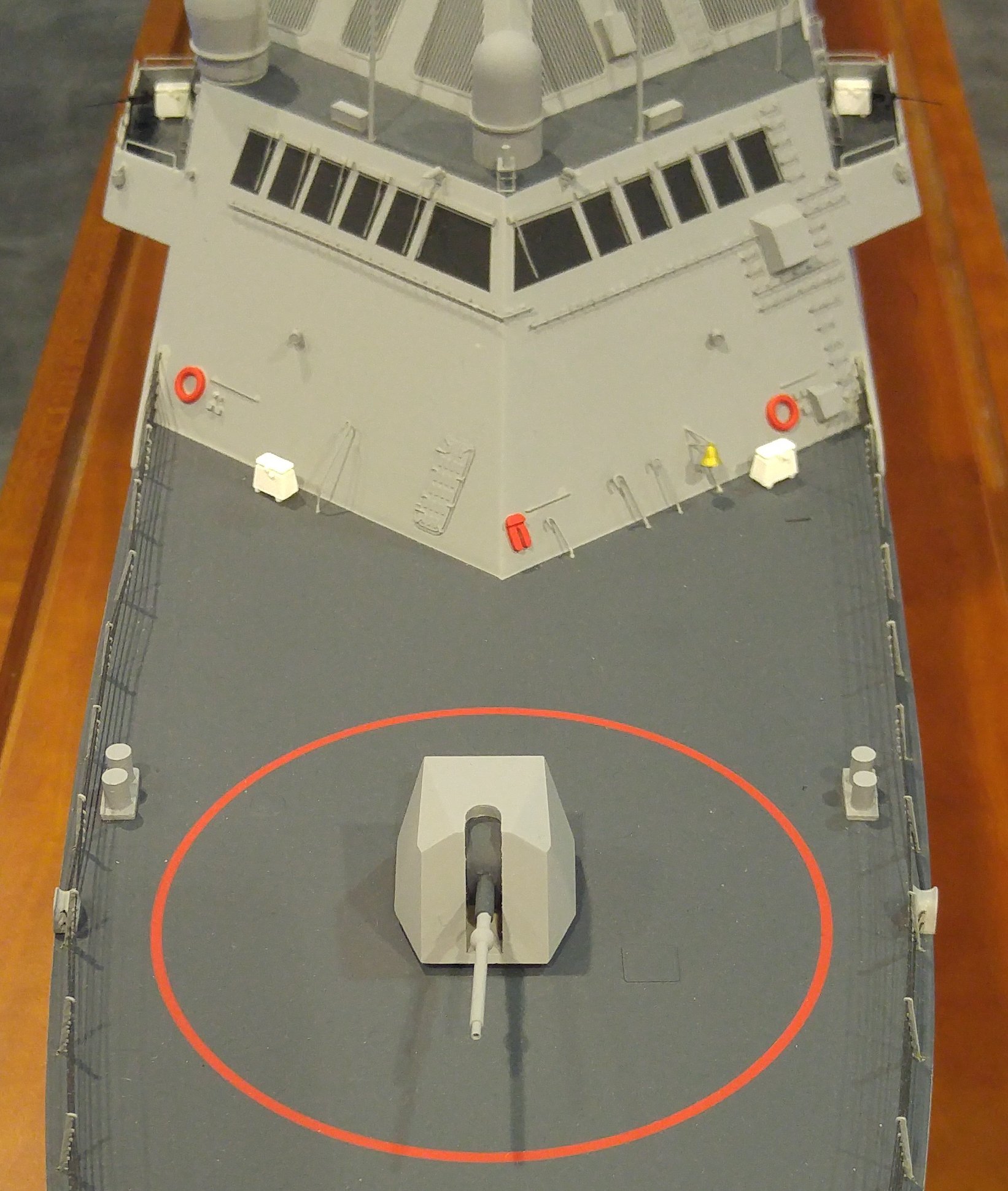 NATIONAL HARBOR, Md. — The frigate Saudi Arabia will use as the backbone of its planned Eastern Fleet expansion will feature an expanded anti-air and anti-surface capability over the Lockheed Martin Freedom-class template, USNI News has learned.

The frigate will be built around a 16 Mk 41 vertical launch cells capable of fielding the Raytheon Enhanced SeaSparrow Missiles (ESSM) or Raytheon SM-2 and an Airbus TRS-4D active electronically scanned array (AESA) air search radar suite, according to a model of Lockheed Martin’s international multi-mission surface combatant at the company’s booth at Navy League’s Sea-Air-Space Exposition 2016.

“It has some of the same components as a [Littoral Combat Ship], especially from the propulsion train but as you look at some of the combat system we have some international content for different vendors that are out there,” Joe DePietro, Lockheed’s LCS international director told USNI News on Tuesday.

DePietro indicated the model wasn’t tailored to a specific international customer, but two industry sources with an understanding of the ongoing negotiations between the U.S. and Saudi Arabia for the Saudi Naval Expansion Program II (SNEP II) told USNI News the load out seen in the model was the same configuration offered to the Royal Saudi Navy.

The primary difference between the international frigate layout and the Littoral Combat Ship is the lack of modular reconfigurable mission space. 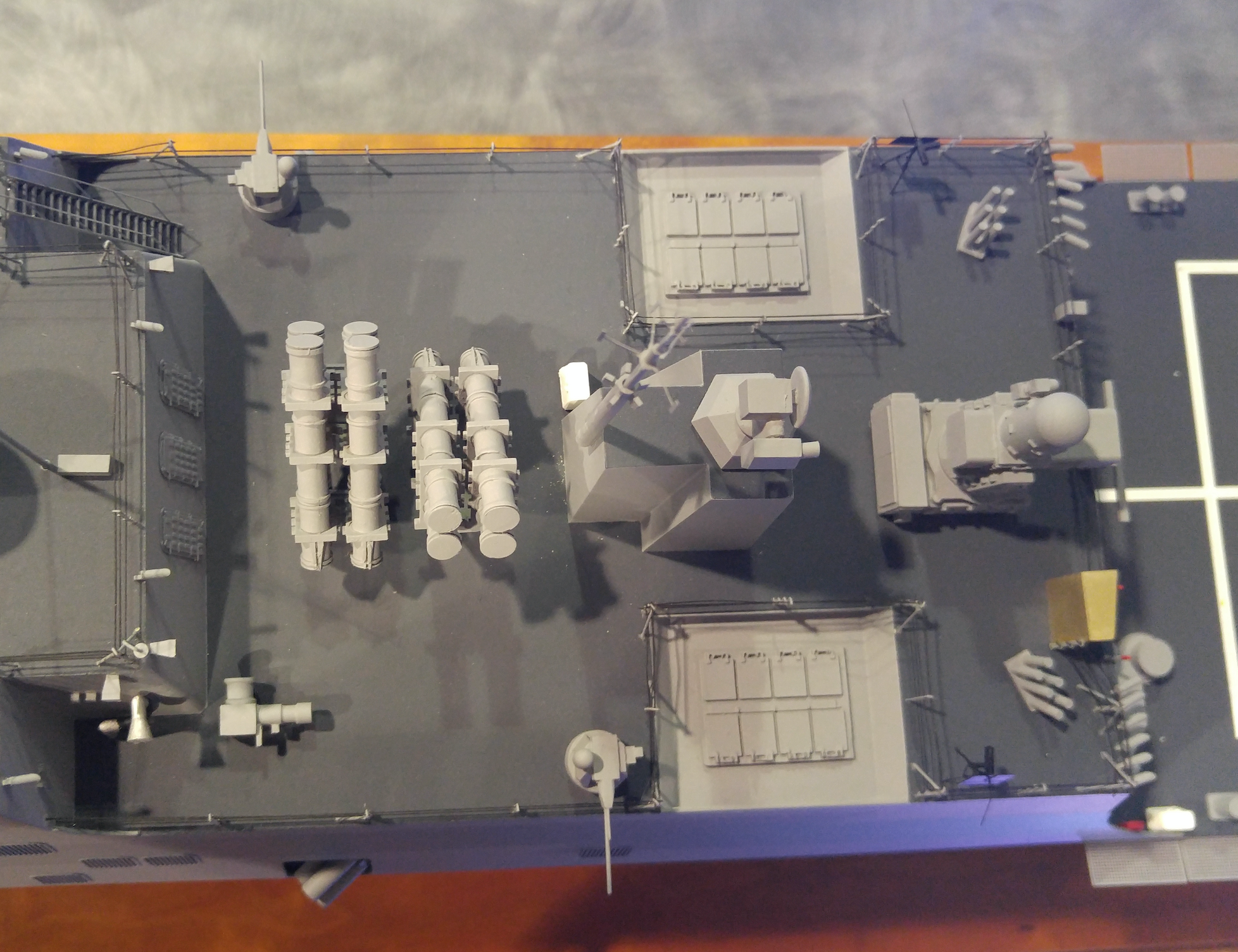 The reconfigurable mission space forward of the boat area has been converted into machinery spaces and the boat launch itself is able to accommodate an 11-meter rigid hull inflatable boat. On either side of the boat launch of the ship are spaces where the ship can launch a variable depth towed sonar passive or active array and a towed AN/SLQ-25 Nixie torpedo decoy system.

The configuration can field a crew of 110 to 130. At 10 knots the ship has a range of about 5,000 nautical miles and can reach speeds in excess of 30 knots, DePietro said.

In October, the U.S. State department released a notification to Congress for a $11.25 billion foreign military sales case based on the Freedom-class.

“This acquisition will enhance the stability and maritime security in the sea areas around the Arabian Peninsula and support strategic objectives of the United States,” read the notification. “The proposed sale will provide Saudi Arabia with an increased ability to meet current and future maritime threats from enemy weapon systems. The Multi-Mission Surface Combatant ships will provide protection-in- depth for critical industrial infrastructure and for the sea lines of communication.”

However, following the initial notification, Saudi Arabia allegedly “balked at the price tag for the [four ship] package – thought to be more than $3 billion but less than $4 billion – and were unhappy with the time it would take to complete detail design of the ships, carry out systems integration, build the vessels, deliver them and install infrastructure improvements in the kingdom,” reported Defense News.

The total value of SNEP II is estimated at around $20 billion.