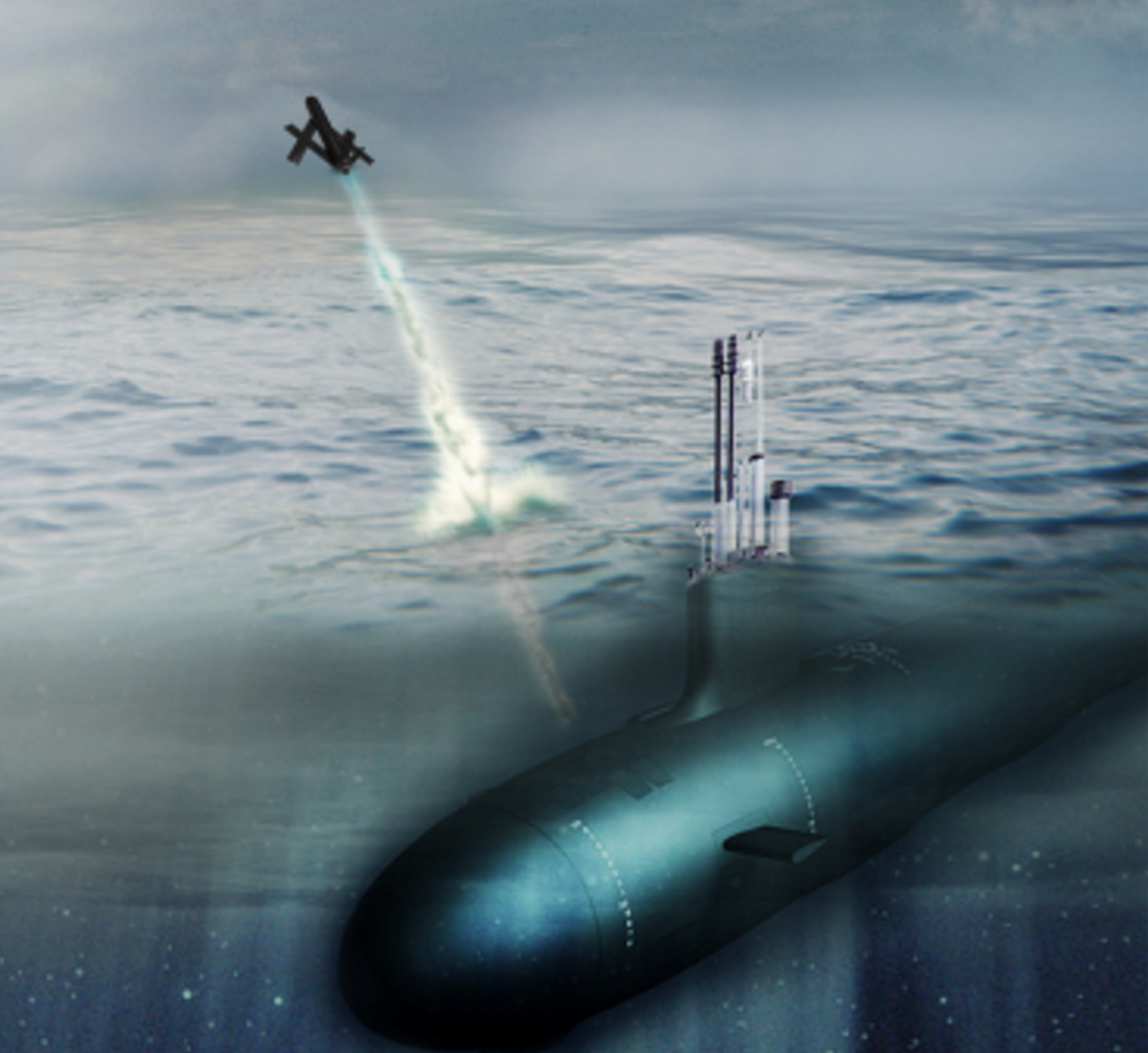 This post has been updated with additional information from AeroVironment.

NATIONAL HARBOR, Md. — The Navy has selected the unmanned aerial vehicle manufacturer AeroVironment to supply miniature UAVs for the service’s fleet of attack and guided missile submarines and unmanned underwater vehicles, the company announced on Monday during the Sea-Air-Space 2016 Exposition.

The three-inch Blackwing UAVs, “are part of Advanced Weapons Enhanced by Submarine UAS against Mobile targets (AWESUM) demonstrates submarine launch, data sharing and control across the Joint Force,” read a March statement from the Navy to USNI News on the program.

Sharpin would not release range or speed information on the 20-inch long, four pound Blackwing but said the endurance of the platform was about an hour.

The service recently decided to move from a test program to operationalize the program and start acquiring more units for the entire submarine fleet, the Navy’s director for undersea warfare Rear Adm. Charles Richard told USNI News in March.

“So there’s 150 small unmanned aerial systems coming in on submarines, so we’re now buying them,” Richard said.
“It’s not something that you would [just] see on a PowerPoint presentation. These are fully integrated they’ll go in, talk back to the ship, talk to the combat control system.” 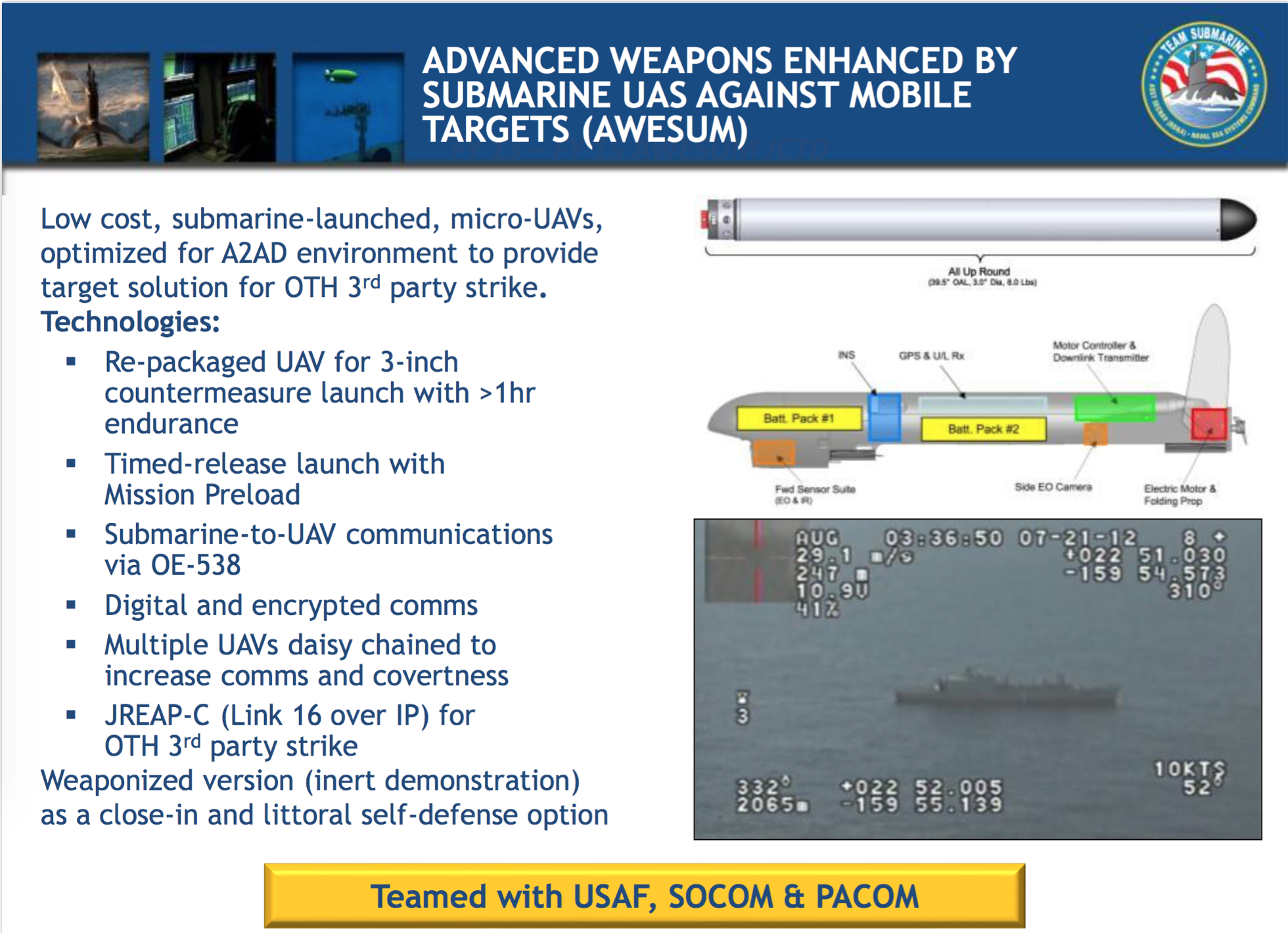 In a 2013 briefing on the AWESUM program, the Navy said the Blackwing could communicate with submarines antennas and provide targeting information to aircraft through Link 16 data links. The Blackwings can also be weaponized to provide additional protection to submarines operating closer to shore. The program was developed in conjunction with U.S. Special Operations Command (SOCOM) and could also provide information, surveillance and reconnaissance (ISR) for Special Operations Forces (SOF).

“The basic platform can do ISR. It can do communication relay and so if you wanted to do… third party targeting, that’s possible,” he said.
“How they employ it in the future? We’ll see.”