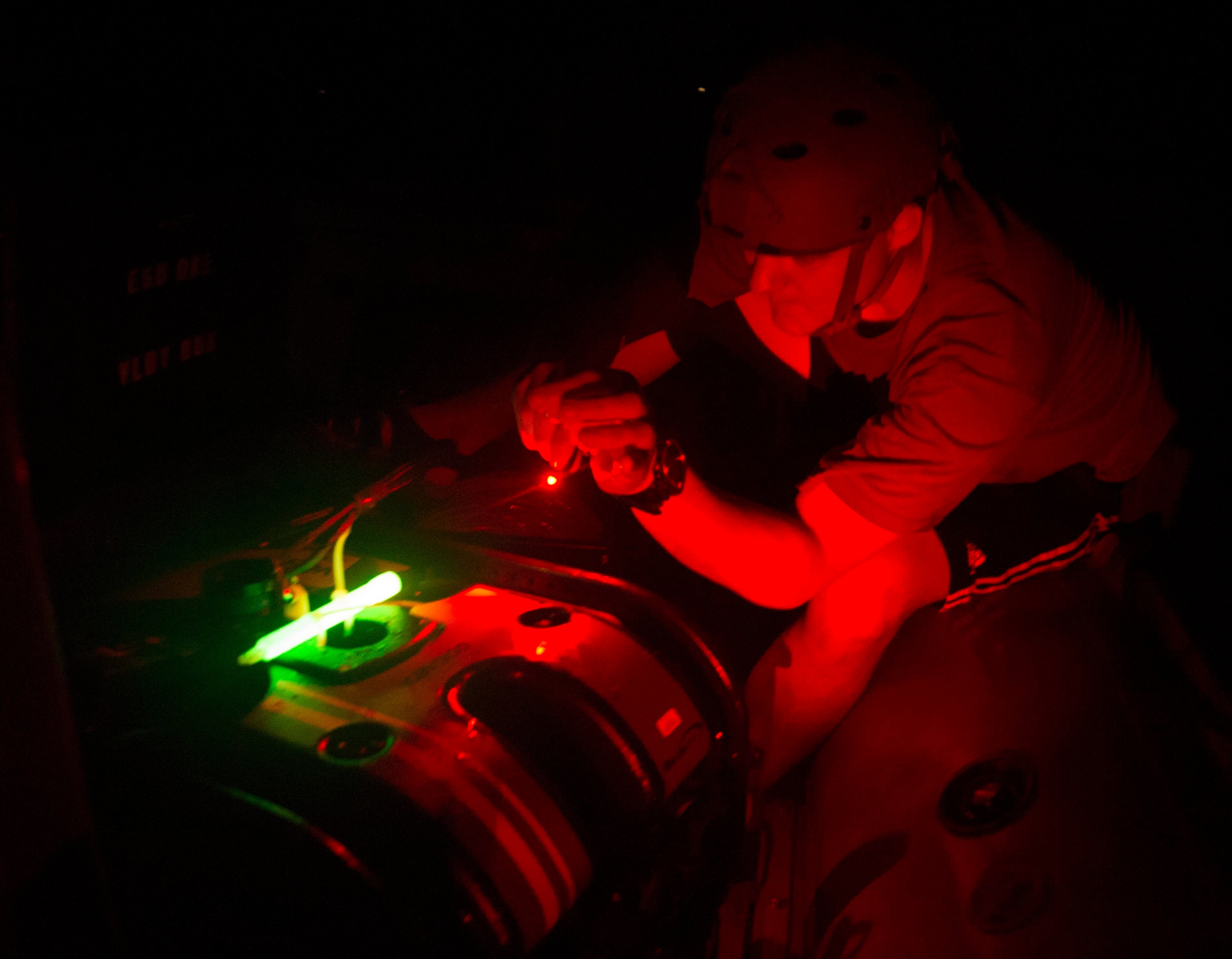 “Train like we fight . . . fight like we train!” This has been a military maxim for eons. Two decades into the 21st century, nowhere is this more compelling than in the Navy’s mine countermeasures (MCM) capabilities and capacities needed to defeat our adversaries’ weapons that await.

“Finding and destroying naval mines will continue to be a challenge for our Navy’s MCM forces,” MCM-training expert retired Cmdr. Ron Swart commented in a March interview. “It takes lots of practice and the right equipment, which includes the right mix of mine shapes used as minesweeping and mine-hunting targets. In short,” he continued, “we need to train as we must fight. And MCM developments over the last year have made that more achievable than ever before.”

The nub of the problem is keeping up with the worldwide threat, which today totals more than a million weapons of some 300 different types, from rudimentary but still-dangerous World War I-era contact mines to highly sophisticated, multiple-influence, programmable weapons, many available on the open market. Worse, these figures are for sea mines, proper; they do not include underwater-improvised explosive devices (UWIEDs) that can be fashioned from fuel bladders, 50-gallon drums, and even discarded refrigerators. Defeating the UWIED threat was the focus of the April 2016 International MCM Exercise in the Persian Gulf, which brought together 30 countries’ MCM and explosive ordnance disposal (EOD) forces.

“We did have ‘dummy’ mines through the 1970s,” Swart noted, “versions of our own service mines that were fully instrumented but of questionable training value due to lack of feedback. And, more importantly, these drill mines did not include foreign weapons.”

The Navy made several attempts to improve performance and training value during the 1980s, including an instrumented, multi-flare actuation mine simulator and the British-designed versatile exercise mine system (VEMS). VEMS, the first true computer-based mine simulator, could replicate the performance characteristics of a few foreign mines, but overall system reliability and time-late feedback seriously degraded training benefits.

In 2005, Naval Surface Warfare Center Panama City Division developed the Advanced Mine Simulation System to meet an urgent requirement of the Commander Operational Test & Evaluation Force. However, only two were built and were not available for Fleet training. The Navy made do with VEMS. 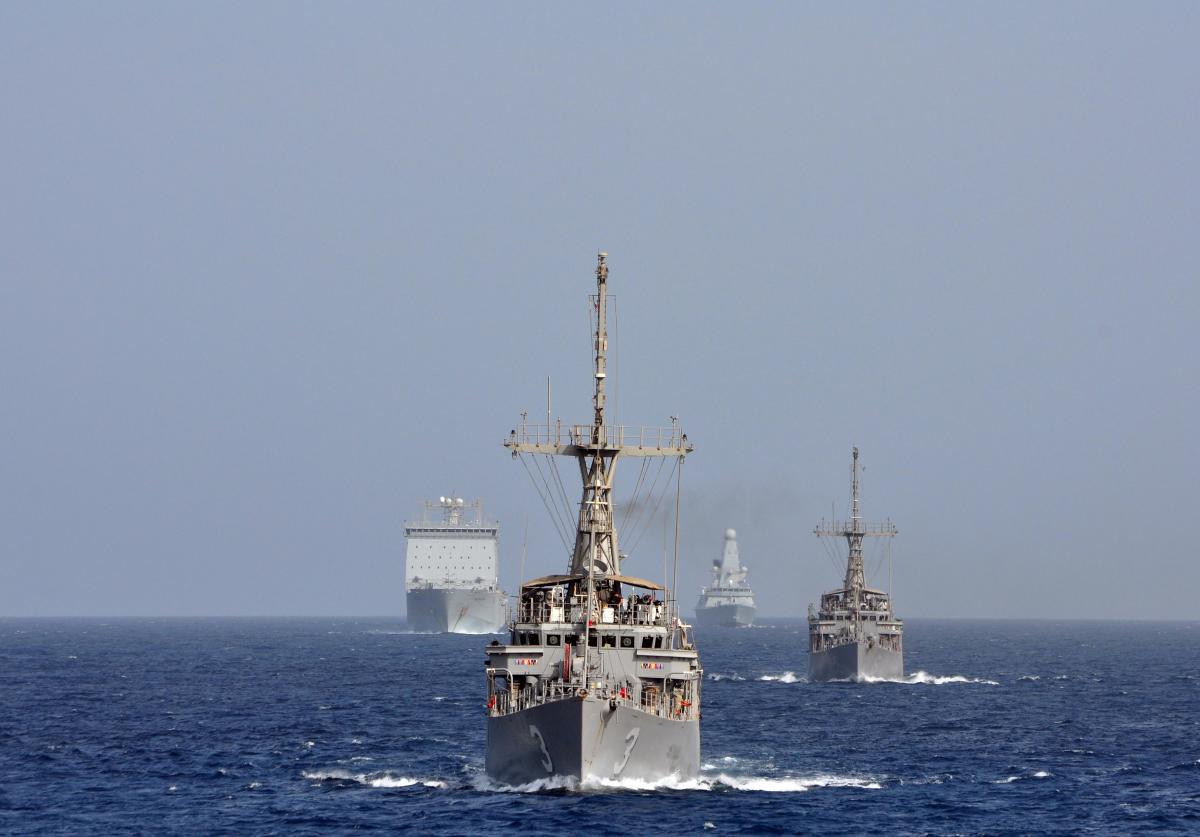 Things move slowly in the Navy’s mine-warfare community generally, and after a decade of no funding, in 2016 Panama City is finally developing the Navy Instrumented Threat Targets (NAVITTAR) training system to address the challenges.

“The fleet has long needed an instrumented mine-like target that accurately represents the growing threats that the U.S. Navy will face,” Panama City’s NAVITTAR project engineer Bryan Smallin explained. “To meet requirements in an affordable way, our approach is to leverage existing hardware and upgrade obsolete components and the operating software, greatly improving both system performance and maintainability.”

“We’re taking a modular open system architecture approach that will allow for future upgrades,” he continued, “so the system can adapt to emerging threats with long-term supportability. We want the fleet to have a training-and-evaluation MCM tool that will provide an accurate assessment of minesweeping performance against a variety of naval mine threats and will provide useful feedback in a timely manner. We also plan to expand our customer base to the test and evaluation community.”

“It will have the capacity to expand its performance and capability to meet current and future real-world training and evaluation requirements,” he continued. “In addition to the traditional MCM communities––surface, air and EOD––NAVITTAR will eventually provide the undersea-warfare community with an instrumented, deep-water version, too.”

The ultimate customers for this capability are the Fleet MCM sailors, according to retired Lt. Cmdr. Edward Simmons, Exercise and Training Department Head on the staff of Commander, Mobile Mine Assembly Group. The Fleet-wide manager for mine training targets, Simmons has long advocated for mine targets that are better performing, more reliable, and easier to maintain. “The Fleet has sent a clear demand signal on what is needed: realistic and effective MCM training.”

“Since September 1945 three-quarters of the Navy’s ships that have been sunk or severely damaged by adversary attacks were mine victims,” Swart observed. “We need to train as we must fight against such a truly global A2/AD threat.”

An earlier version of this commentary was published in “U.S. Navy in Review,” U.S. Naval Institute Proceedings, May 2016.