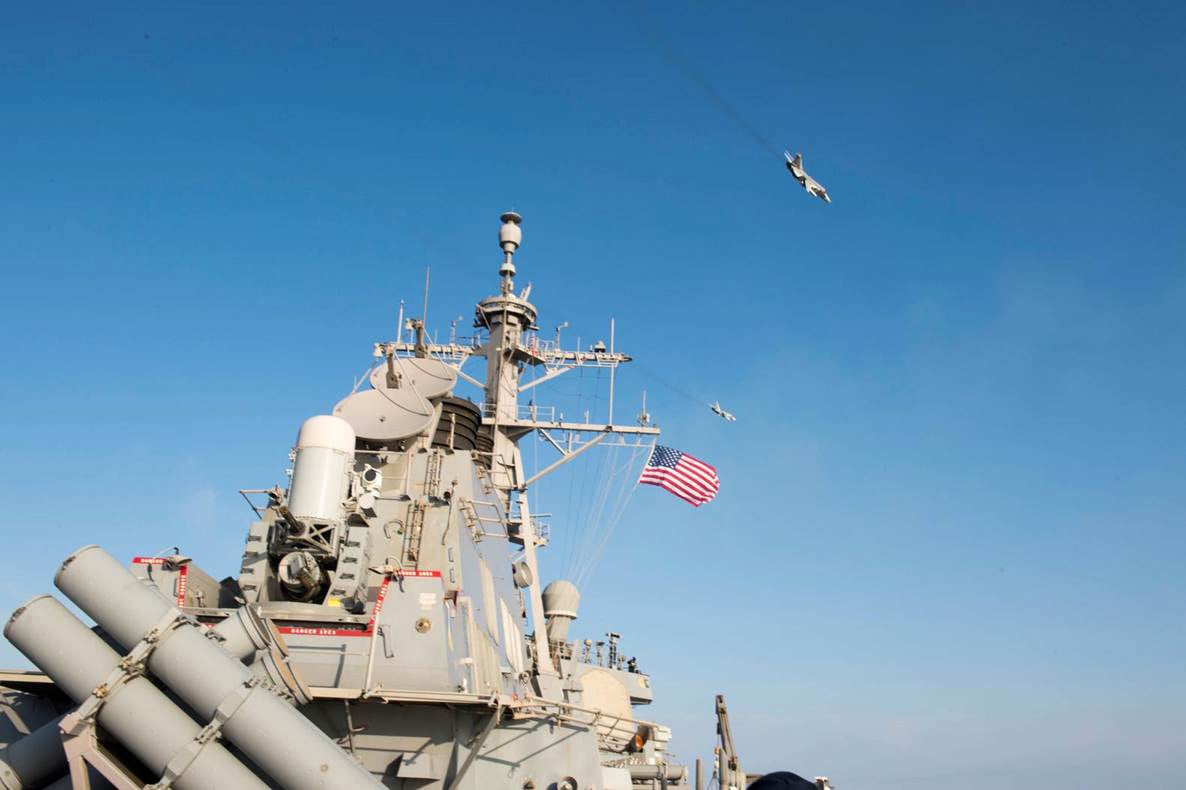 This piece is based on the recently released Atlantic Council Issue Brief “A Maritime Framework for the Baltic Sea Region” by Magnus Nordenman and Franklin D. Kramer.

The Baltic Sea region has emerged as one of the friction zones between an aggressive Russia and the United States and its NATO allies in northeastern Europe. Recently the USS Donald Cook (DDG-75) was twice buzzed by Russian Sukhoi Su-24 Fencers during an exercise in the Baltic Sea. The Cook incident is just the most recent of a string of close encounters between Russia and the West at sea and in the air over the Baltic Sea over the last two years.

Russia is also building a powerful anti-access/area-denial network in the Kaliningrad enclave in the southeast corner of the Baltic Sea. Built around the S-400 system and Iskander missiles, it would make U.S. and NATO operations in the region hazardous in a crisis or during wartime. Russia would also be able to quickly move its mobile Bastion anti-ship missile system into Kaliningrad, which would further threaten U.S. and allied maritime operations in the region. The relatively small size of the region also means that Russian systems reach well into, and in some cases, over the Baltic Sea. And while Russia’s Baltic Sea fleet is not very big, its submarines could still cause serious problems in a sub-surface domain that is famously challenging for anti-submarine warfare forces.

This is a critical problem for the United States and NATO, as it must reach its NATO allies Estonia, Latvia, and Lithuania on the other side of the Baltic Sea with reinforcements in case of a serious crisis or war. NATO’s forward presence in the Baltic States is certainly increasing, but it is not enough by itself to deter Russian aggression. Defense and deterrence in the region therefore hinge on reinforcements, and this is where access to the maritime domain and NATO’s ability to establish sea control is crucial.

The situation is, however, far from hopeless. While the navies of the region are all relatively small, they all pack some punch. The German navy operates 15 surface combatants along with five submarines. Poland is in the process of a major modernization of its naval forces, and Sweden operates one of the finest conventional submarine fleets in the world, albeit a small one. The Baltic States have built up considerable experience in mine-hunting since regaining their independence in the early 1990s. The nations of the region also operate considerable airpower, including F-16s, Eurofighters, F-18s, and JAS-39 Gripens.Norway is currently introducing the F-35 into service. All in all, there are over 400 modern combat aircraft in the region, some of them capable of conducting electronic warfare as well; an important aspect of defeating A2/AD networks.

The missing ingredient is thus not capabilities, but an approach that would allow the navies of the region to work together to align capabilities (especially maritime domain awareness, anti-submarine warfare and mine hunting), devise a long-range plan for maritime exercises, and develop regional command-and- control arrangements. Of course, the role of U.S. naval forces must be considered as well, as only it (and perhaps the U.K. and France) could provide key high-end capabilities (such as strike from the sea and amphibious landings) in case of war in the region.

In order to accomplish this the NATO nations of the Baltic Sea region could use a framework approach, where one nation takes on the role as leading the development of maritime capabilities, planning, and command-and-control in the Nordic-Baltic region. NATO has used this approach before with considerable success. A framework approach could also allow the NATO-partner nations Sweden and Finland to plug into the effort and contribute their forces to the framework as well.

That will not work, however, without the direct involvement of the U.S. maritime forces. They are needed both for the capabilities that they bring to the table, but also in the form of U.S. naval leadership that can catalyze action from the nations of the region. The Baltic Sea is likely to remain tense for quite some time, and the A2/AD challenge in the region will become ever more apparent. A maritime framework led by the region, but directly supported by the United States could do much to bolster the defense of U.S. allies in northeastern Europe and deter an increasingly aggressive Russia.