USNI News asked its readers, “What is the greatest warship of all time and why?” Though what makes a warship great is highly subjective, our readers offered their education and expertise to put forth their ideas as to what the answer to that question should be. And with nearly 900 reader-generated answers and more than 26,000 votes, the results are in.

The answers fell into several themes. Aircraft carriers, whose use in World War II revolutionized naval warfare and strategy, were the most common. Similarly, a common theme was the ships of the two World Wars and of specific navies such as the U. S. Navy and the Royal Navy. But one ship in particular unquestionably led the poll in all aspects: USS Constitution. 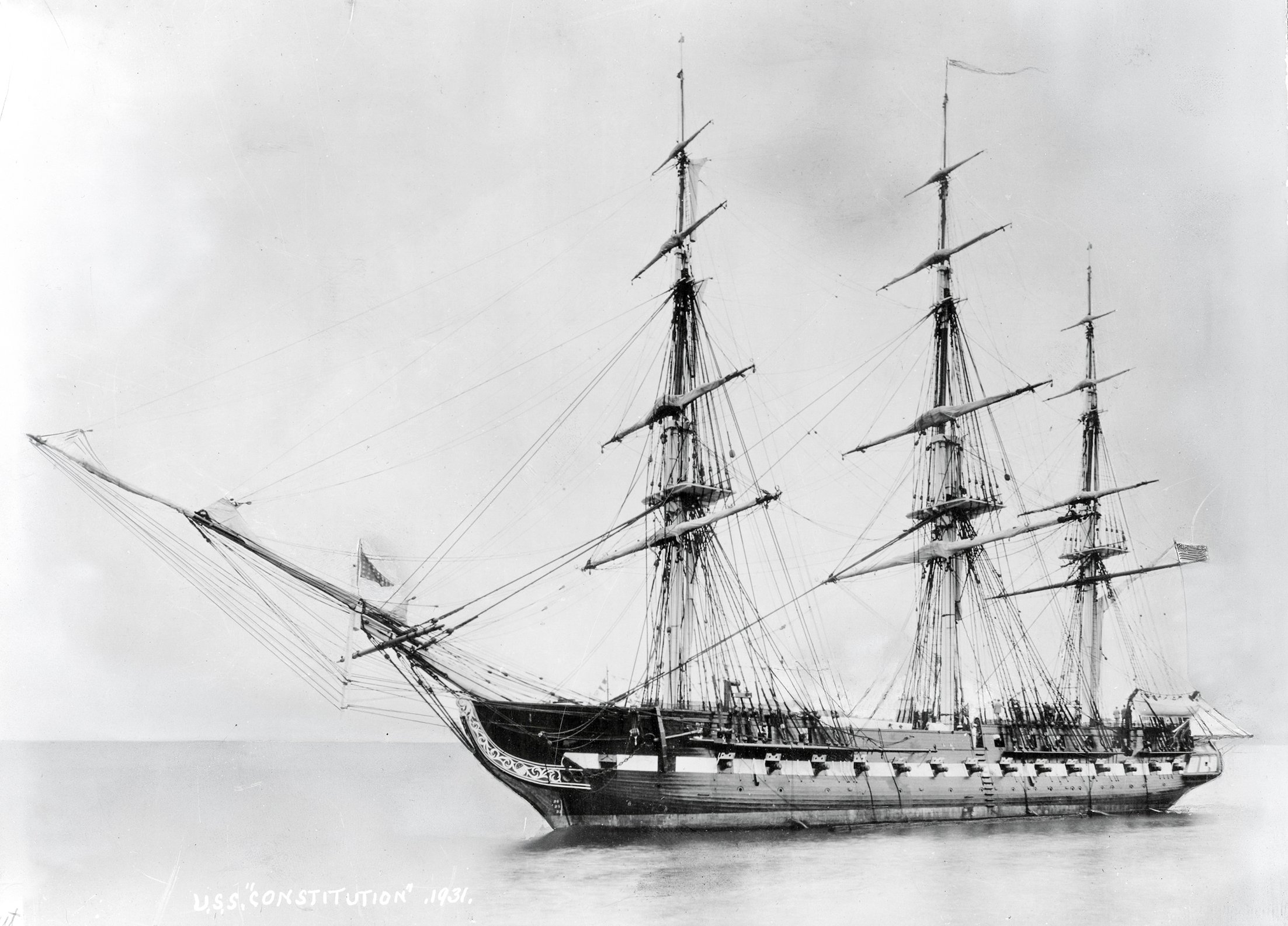 USS Constitution is shown in a 1931 photograph shortly after her recommissioning in July of that year after an extensive restoration. Naval Institute Photo Archive

Constitution was not only one of the original six frigates built for the nascent U. S. Navy, she was, as one reader noted, a “technological marvel for her day”, being heavily-built, well-armed, and fast. Undefeated in combat, “Old Ironsides” — her nicknamed earned during her famous battle with HMS Guerriere in 1812 when the latter’s shots bounced harmlessly off her heavily-braced hull — forced the Royal Navy to reevaluate it tactics against the fledging nation and helped propel the United States onto the world stage. “America’s Ship of State” still looms large in many minds as representing “all that is great and lasting about the United States Navy.” 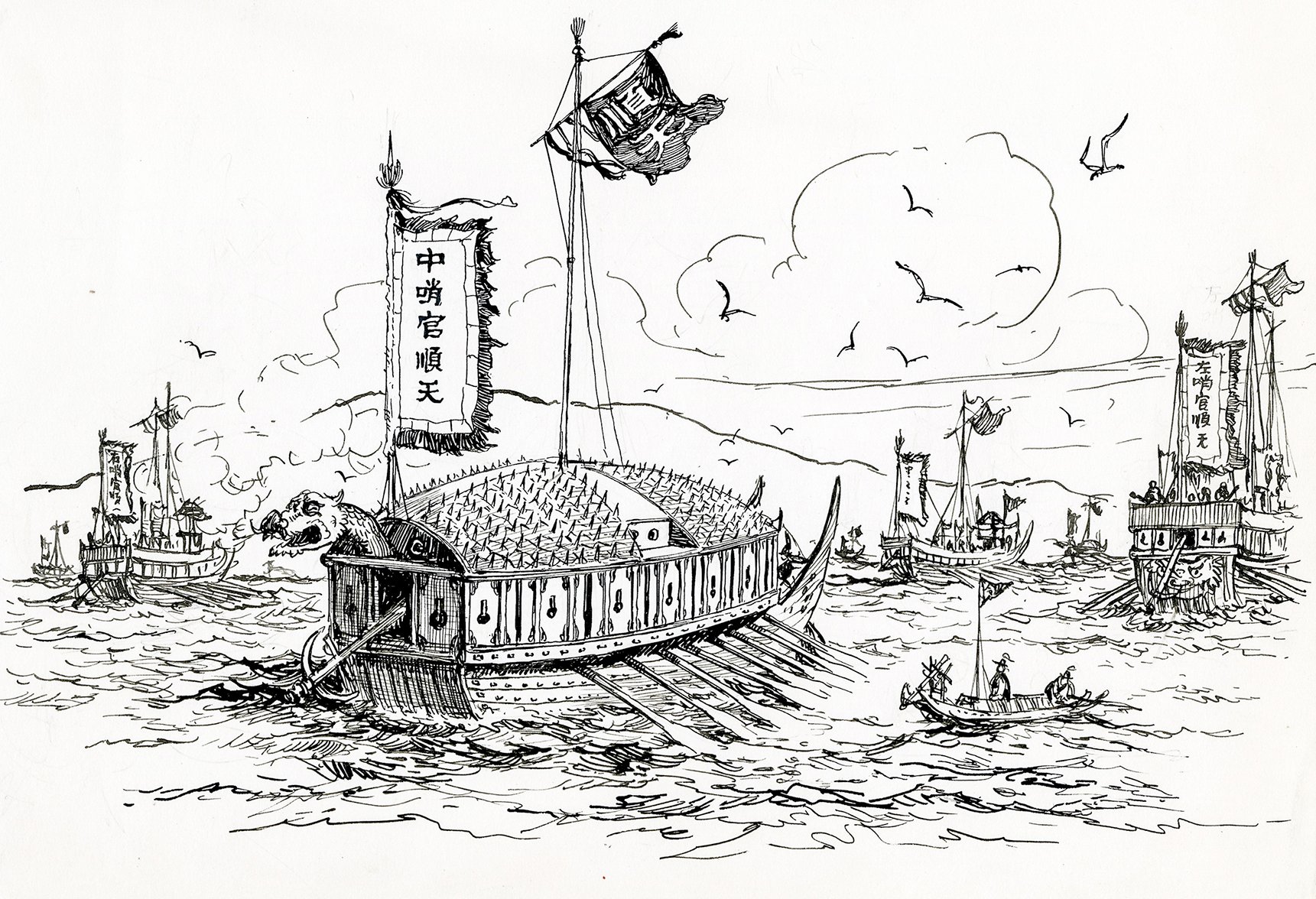 Readers also held particular esteem for the uniquely Korean “turtle boats” that came into form under Admiral Yi Sun-Shin, who in 1591 resurrected and modified the best features from designs from nearly two centuries prior to produce the Kohbukson — “turtle ship” — whose convex-covered decks resembled a turtle shell. Averaging in length from 70-110 feet, these flat-bottomed, boats, studded with spikes to prevent board and spaced with gunports, loopholes for muskets, and sporting a a powerful psychological weapon — a smoke-spewing dragon’s head at the bow — were not only virtually impenetrable, but also fast and maneuverable. The ships played a decisive role in defeating regent Toyotomi Hideyoshi’s numerically-superior fleets during Japan’s invasion of the Korean peninsula of the Imjin War of 1592-1598. The ramifications of that defeat still resonate to this day. 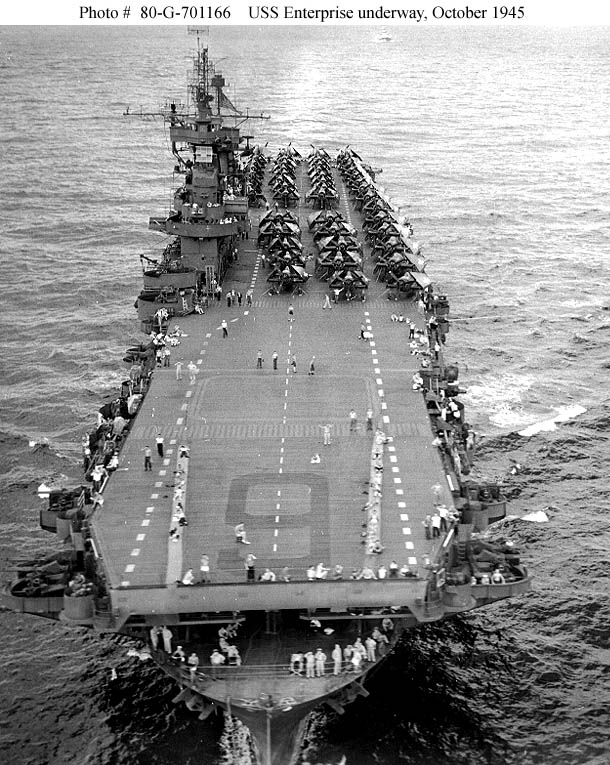 Aircraft carriers were also a popular choice, and none more so than USS Enterprise (CV-6). The “Big E” as she was known, was the most decorated US ship in the whole of World War II. She served in nearly every major campaign of the Pacific War, from the earliest days just after Pearl Harbor, to Guadalcanal to Midway to Iwo Jima. The contributions of the Yorktown–class carrier, subject of the new Naval Institute Press book The Big E: The Story of the USS Enterprise, as one reader put it, “at Midway alone would earn her consideration, but when you factor in her overall body of work, it’s no contest.” 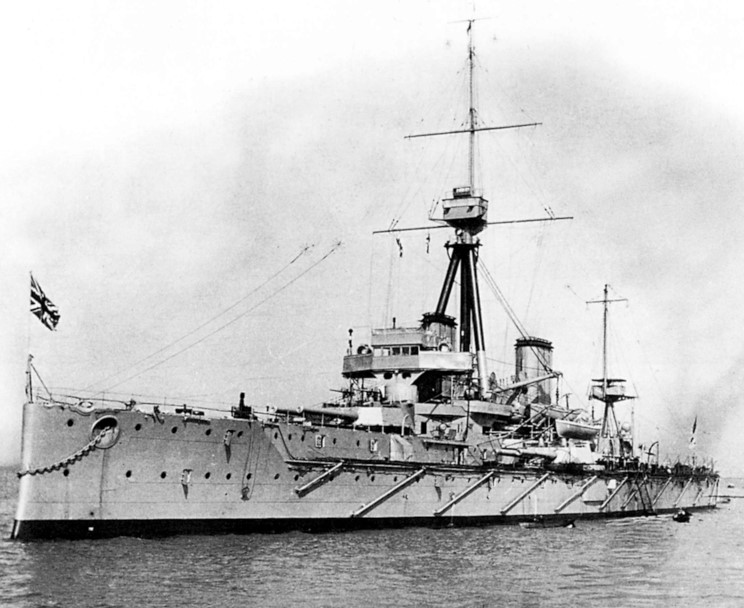 The U.K. Royal Navy’s HMS Dreadnought was not known for a distinguished service record (though she does hold the distinction of being the only battleship to have sunk a submarine), but readers recognized her revolutionary design. So tremendous was the paradigm shift represented by the combination of technologies in her that the statement has often been made that her launching rendered all battleships before her obsolete. Her name came to literally define an era and her launching precipitated an arms race between world naval powers to build the biggest and the best battleship along her lines. 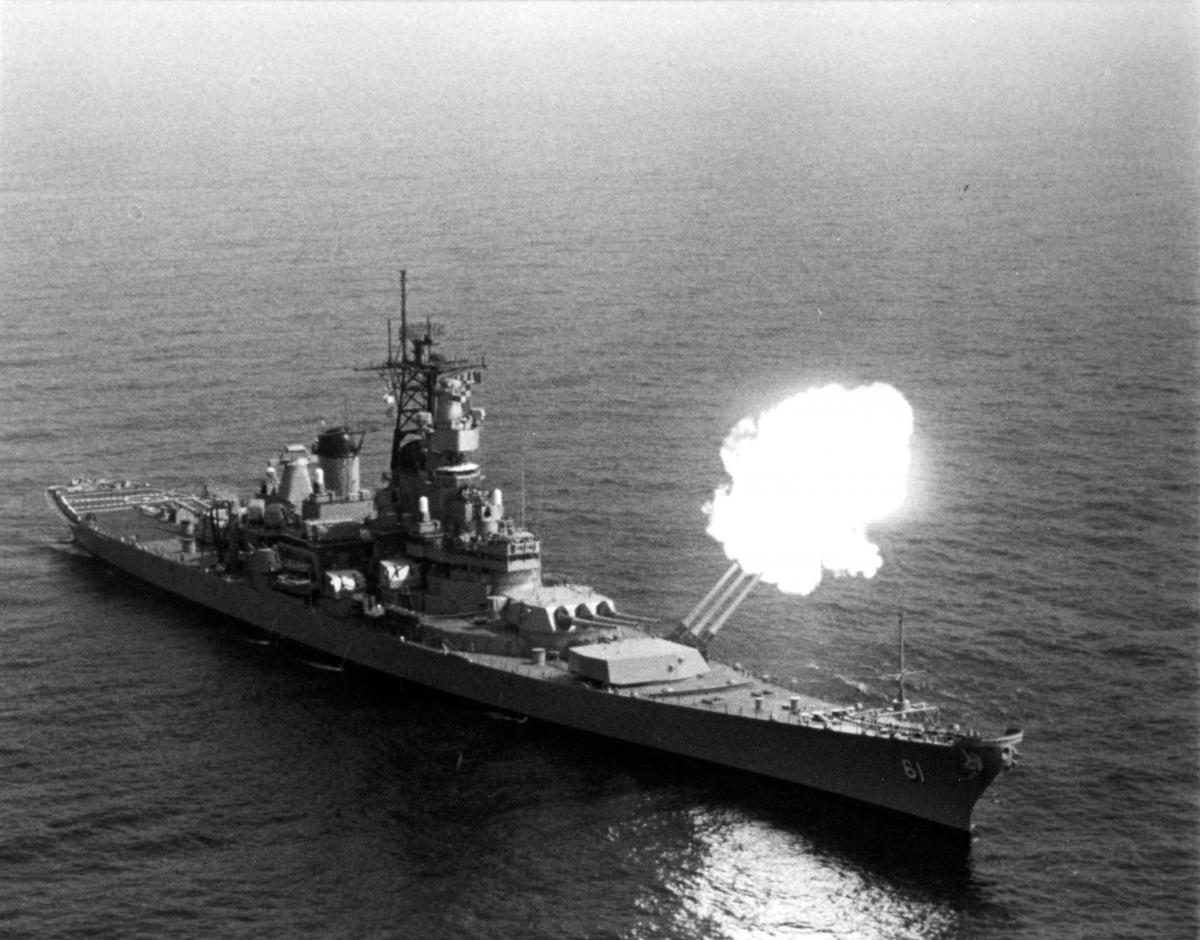 But those battleships, readers noted, were totally outclassed by the advent of the aircraft carrier during World War I. One reader noted that the power of the carrier as a ship type “transformed along with aviation technology simply because its power comes from the aircraft it carries. This makes it the most adaptable and useful warship type yet. Even when the age of manned aircraft passes, we will still need a launch/recovery platform for high-performance UAVs that can be closer to the operational area.” Of the many aircraft carriers over the years, readers were particularly mindful of the Essex-class carrier, which formed the backbone of the US fleet in World War II and whose adaptability and resilience in the years beyond served the country in Korea, Vietnam and through the early 1990s. 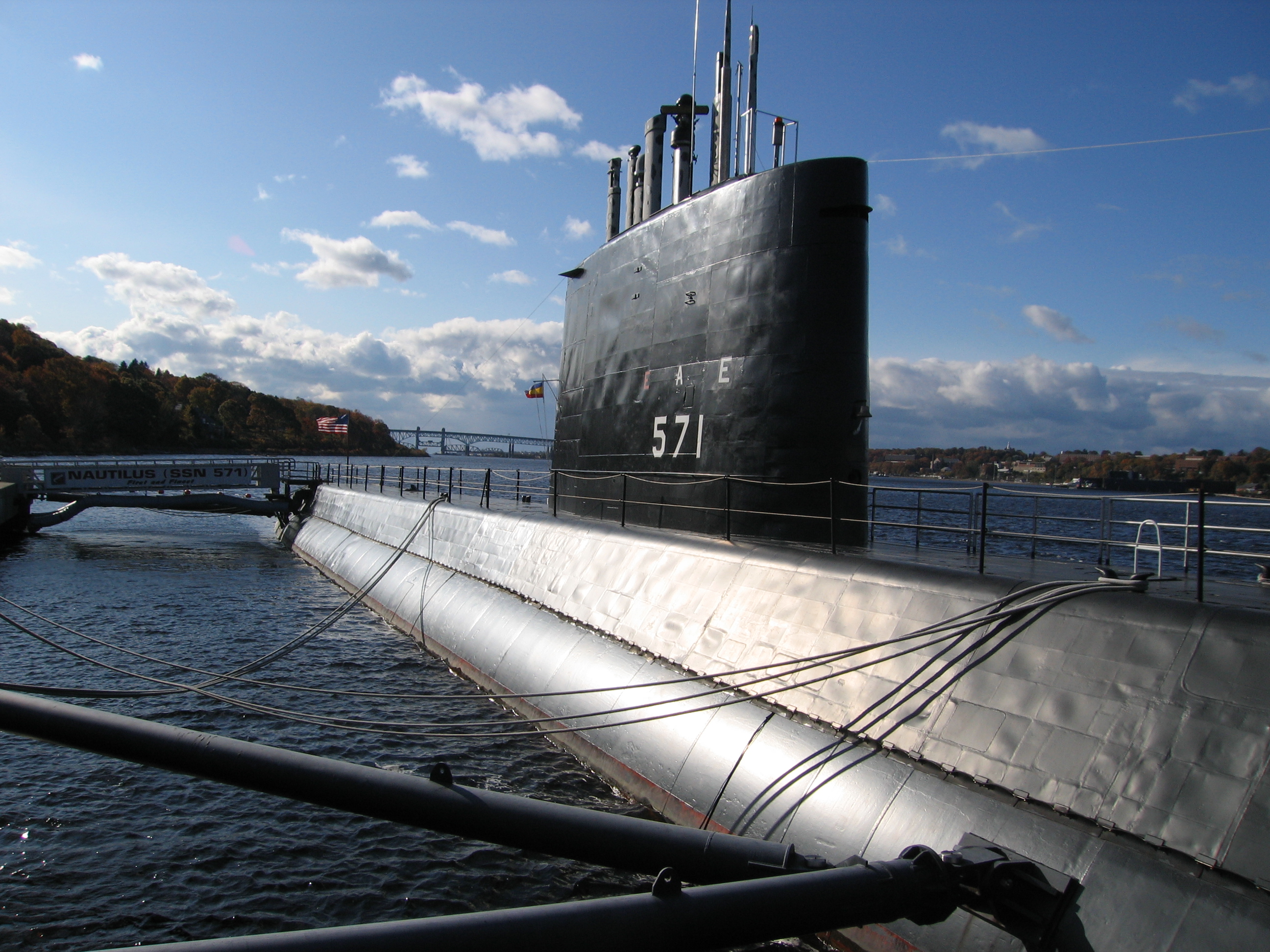 USS Nautilus (SSN-571) was also recognized as the leader of a new class of weapon: the nuclear submarine. Though submarines had played a decisive role in WWII, the impact of a revolutionary type of ship that could lurk silently under the ocean’s surface for extended periods, yet still “profoundly” affect ground operations through the use of cruise missiles and nuclear weapons when needed, as embodied by the Nautilus, was not lost. 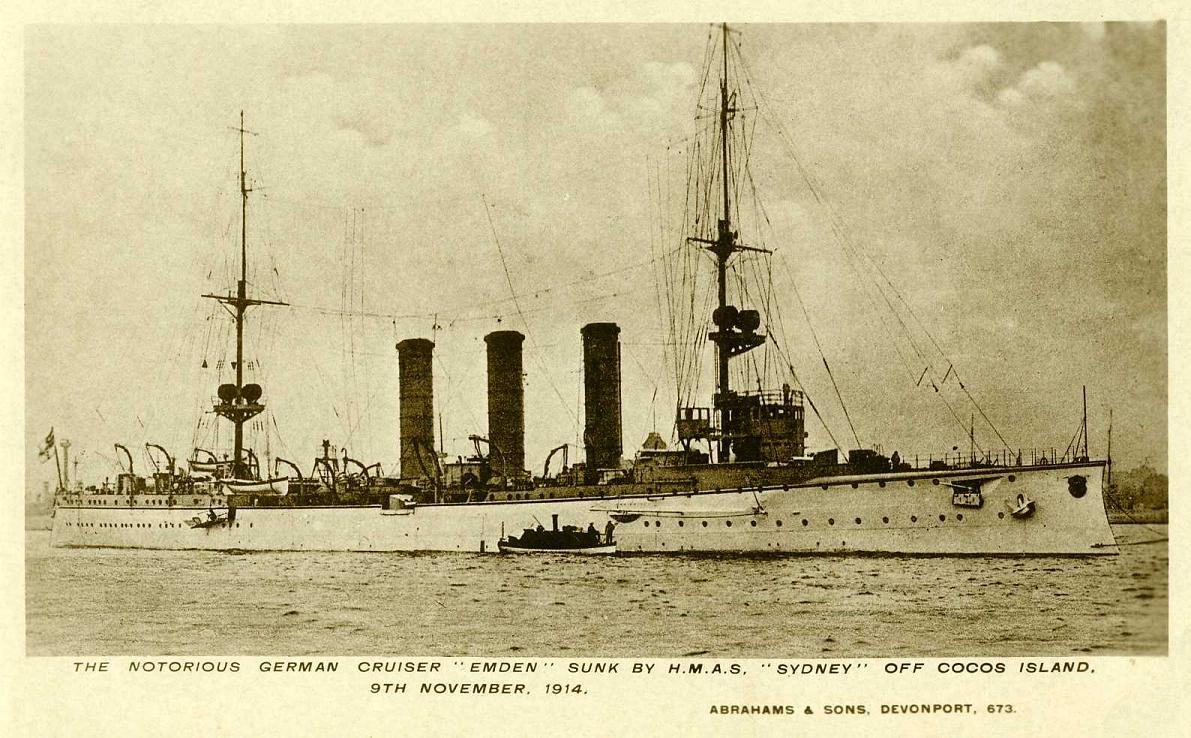 One of the more surprising results was the recognition of SMS Emden, the German light cruiser that raided commerce and attacked Allied shipping in the Pacific during World War I. Though ultimately sunk at the Battle of Cocos, the Emden and her crew, whose subsequent adventures were well-chronicled by Hellmuth von Mücke for the Naval Institute Press, demonstrated, in the words of one respondent, “what a small ship with a dedicated crew and under a good captain can do against a much larger host of foes.”

USNI News is looking for our next question to put to our readers. Tweet suggestions @usninews and use the hashtag #usnisurvey.