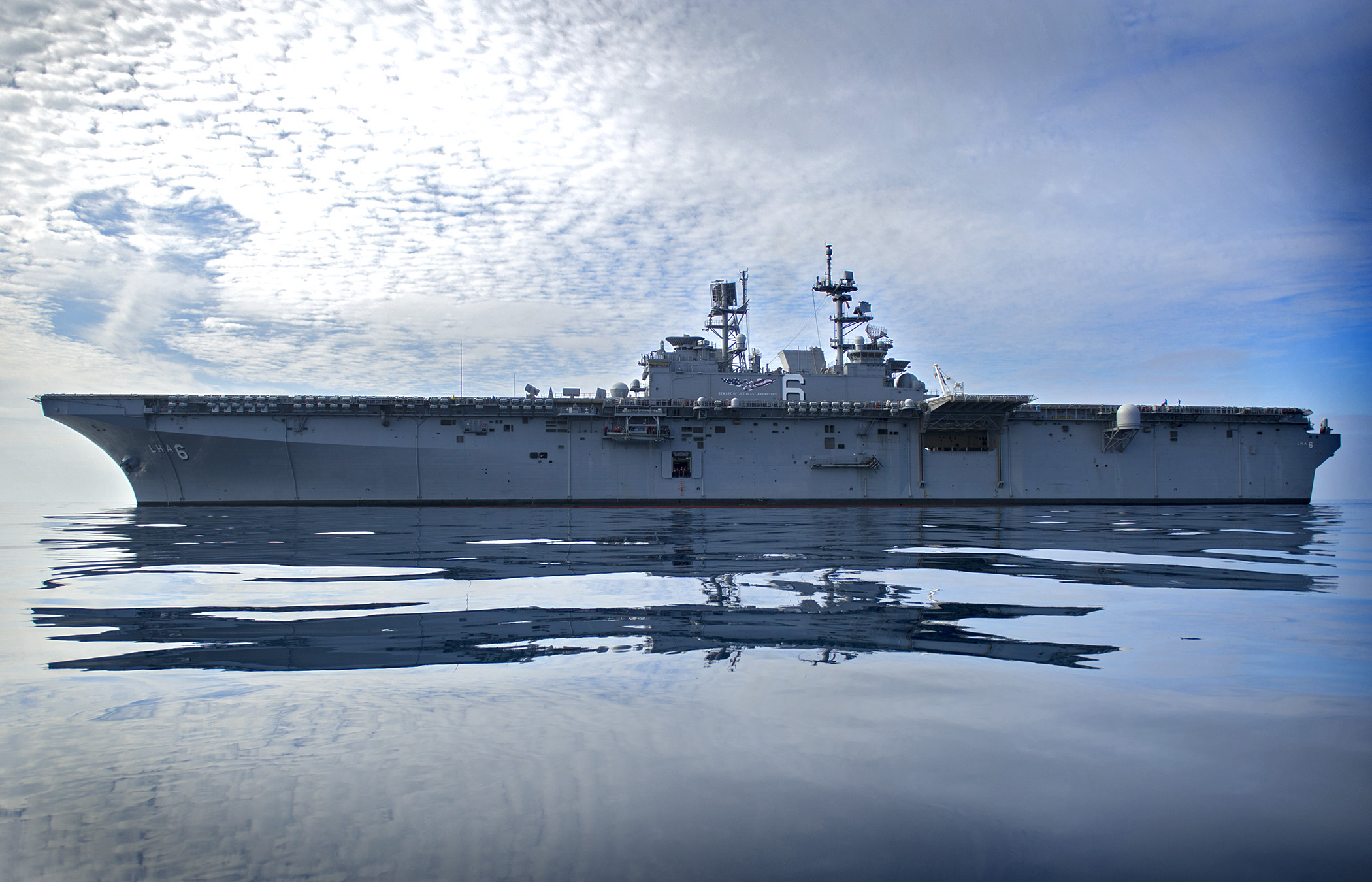 USS America (LHA-6) is underway off the coast of San Diego in 2015. US Navy Photo

The ship left its homeport in San Diego for additional testing off the coast of Southern California, according to the service.

The aviation-centric big deck was commissioned in late 2014 but required additional work to take the day-to-day strain of operating the short takeoff and vertical landing (STOVL) strike fighters that will operate from the ship.

The $3 billion, 44,850-ton ship is the first of two America-class amphibious ships that have been built without a well deck to emphasize support for aviation assets like the F-35 and the MV-22 Osprey tilt-rotor.

The follow-on Tripoli (LHA-7) will undergo a similar – but shorter — maintenance availability following delivery to accommodate the F-35s which some of the deck strengthening work already underway at Ingalls Shipbuilding in Pascagoula, Miss.

The third ship in the class – the unnamed LHA-8 – will be built with the stronger deck in production and will include a well deck to allow the ship to deploy amphibious landing craft in the same way as traditional big-deck amphibs.

The contract for LHA-8 will be built at Ingalls or General Dyanmics NASSCO in San Diego as part of a contracting deal in which one yard will build the amphib and the other yard will build six John Lewis-class (T-AO-205) fleet oilers – formerly known as TAO(X).