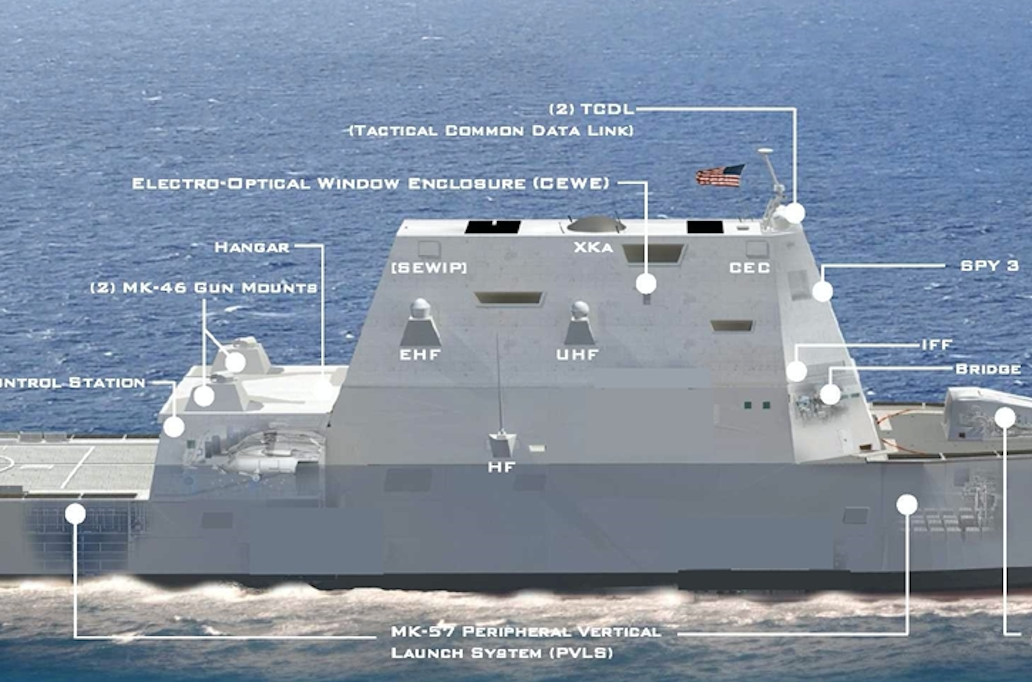 According to a new artist’s concept of the configuration from the service, the three ships in the Zumwalt-class will position sensors originally designed to be embedded in the ships’ composite deckhouses on a mast positioned on the front of the deck house, with several more sensors on either side of the deck house.

The change will sacrifice some of the benefits of the composite deckhouse design, conceived to make the ship harder to detect by an enemy’s radar. The antennas for the sensors would have been mounted on the superstructure much like the flush antennas on the U.S. fleet of stealth aircraft. 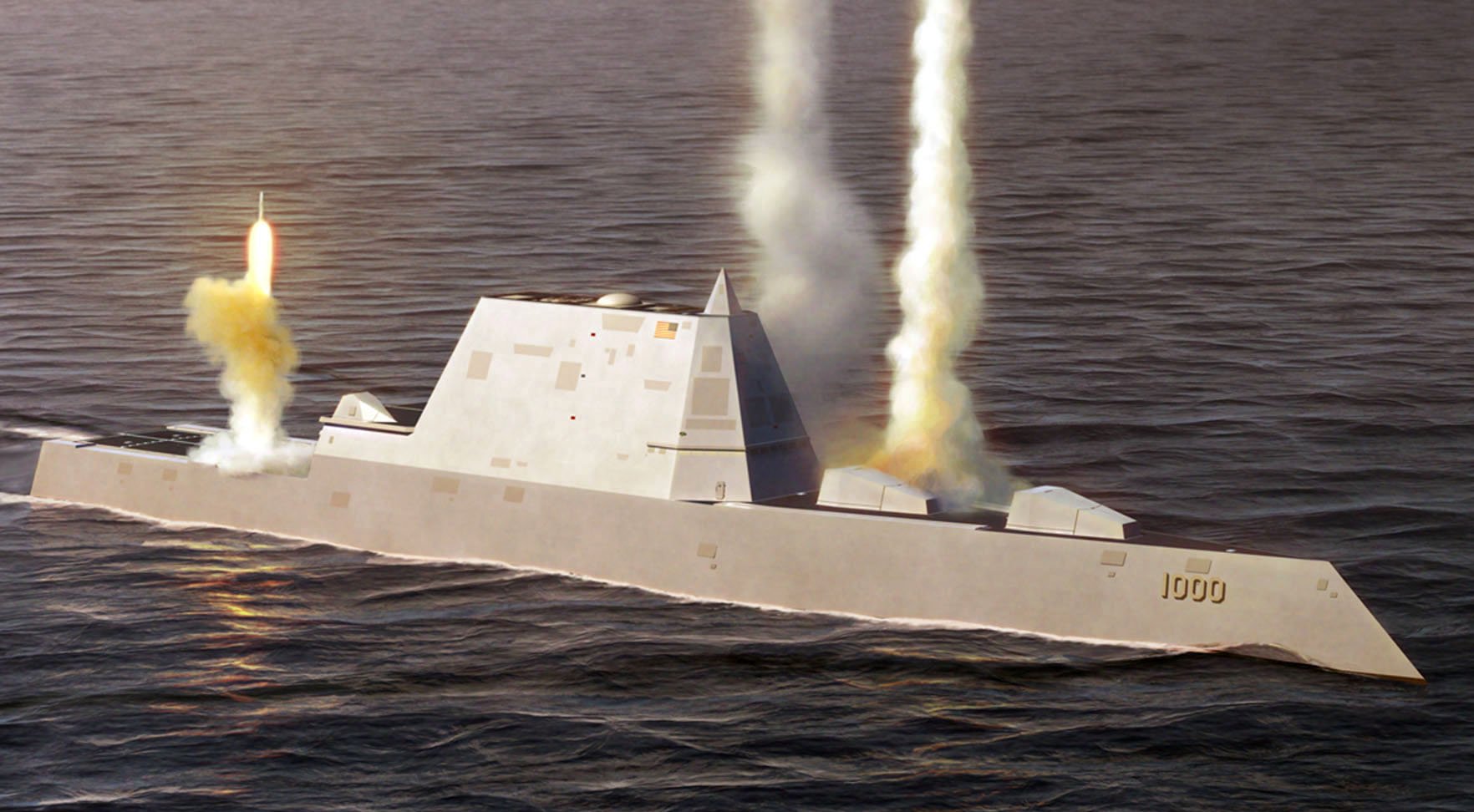 An artists rendering of Zumwalt’s original design prior to the Nunn-McCurdy restructure showing the original sensor configuration on the deckhouse.

Instead, to save weight and cost, the antennas will be installed on the outside of the superstructure, Naval Sea Systems Command told USNI News.

NAVSEA provided USNI News of a description of the changes, saying the Zumwalt-class would still perform within the Navy’s requirements for the stealth of the ship.

“The current DDG-1000 topside configuration is a performance and weight improvement and cost-avoidance initiative. This configuration adds a mast to the forward part of the deckhouse and relocates several communications systems including Ultra High Frequency (UHF), Very High Frequency (VHF), data link and the wind sensor from the deckhouse to the mast,” read the statement.
“This configuration will be present on all three ships and provides improved performance redundancy, cost avoidance and weight reduction, while still meeting Key Performance Parameters (KPP) requirements for Radar Cross Section (RCS).” 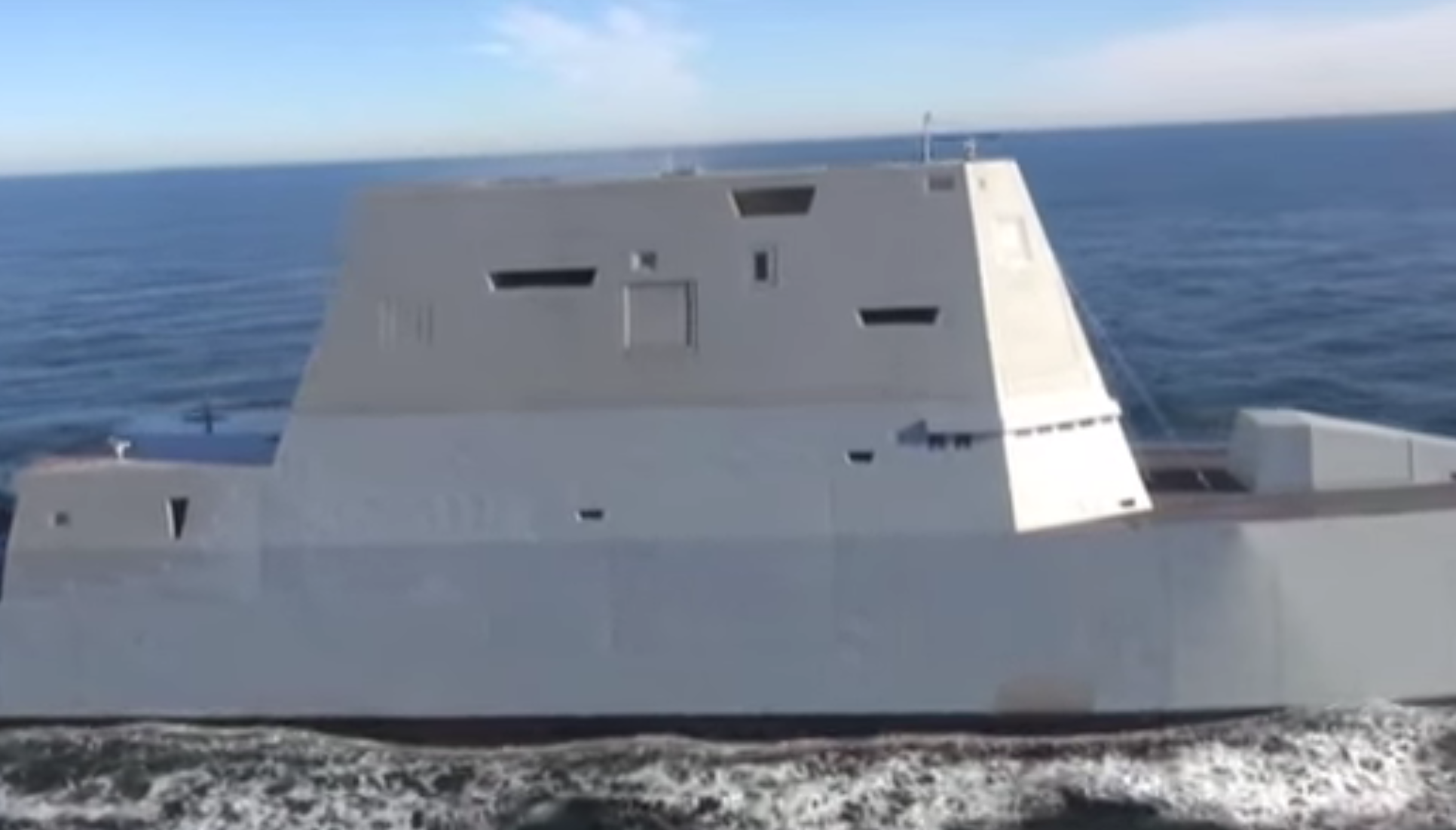 The RCS is a measure of stealth. The lower a RCS, the smaller a ship or aircraft appears on radar.

(For example, the Lockheed Martin F-22 Raptor is said to have the RCS of a “steel marble,” from certain angles.)

The original design of the ship would have had a much smaller RCS, but cost considerations prompted the Navy over the last several years to make the trades in increasing RCS to save money, Bryan Clark, naval analyst Center for Strategic and Budgetary Assessments (CSBA) and former special assistant to past Chief of Naval Operations Adm. Jonathan Greenert, told USNI News on Wednesday.

However, he said, the design still meets the minimum requirements for what the Navy asked for in its initial DDG-1000 requirements – the “threshold,” in acquisition speak.

“[The RCS] is still lower than their threshold but higher than it could have been,” Clark told USNI News on Wednesday.

Several sources told USNI News the changes to the mast were a direct result of a downscale in capabilities the service made to the ship class following a 2010 Nunn-McCurdy restructure – a federal law that requires the Defense Department recertify a program after costs have increased of 25 percent per unit above the original estimate. The program tripped the legislation when the Department of Defense cut the program to three hulls from seven, spiking the price-per-unit. 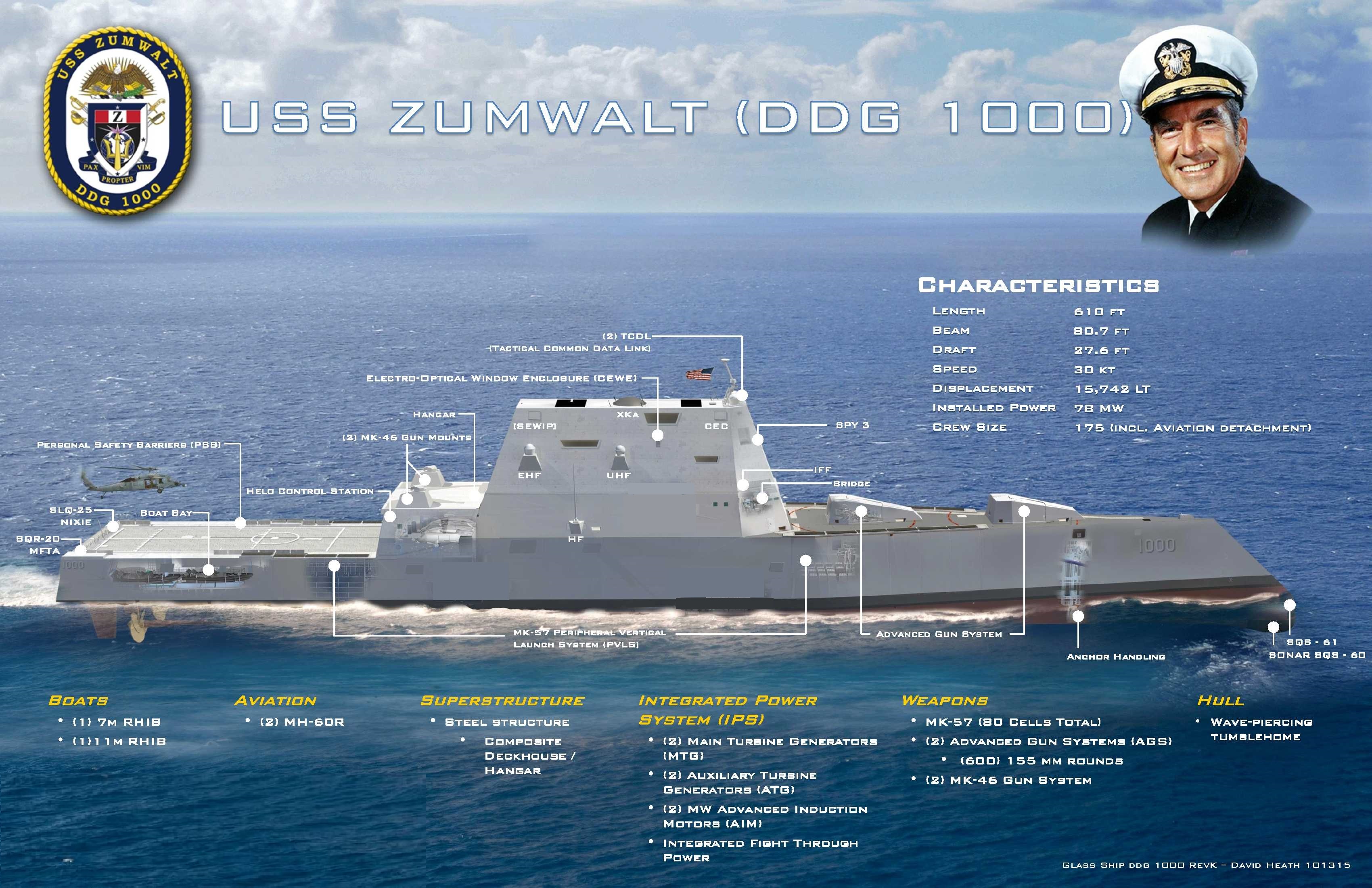 As part of the Nunn-McCurdy restructure, the Navy shed capabilities – like canceling the ship’s S-band volume search radar– on the hulls to bring the cost down on the $22.1-billion, three-ship program.

Other cost-saving choices have trickled out later, like replacing twin 57mm guns on the ship with a much smaller 30mm pair.

The first ship – Zumwalt – is set to start a round of builders trials later this month ahead of a delivery of the ship’s hull to the Navy from shipbuilder General Dynamics Bath Iron Works (BIW) later this year.

Following delivery, the ship will complete the outfitting of its combat system in San Diego.