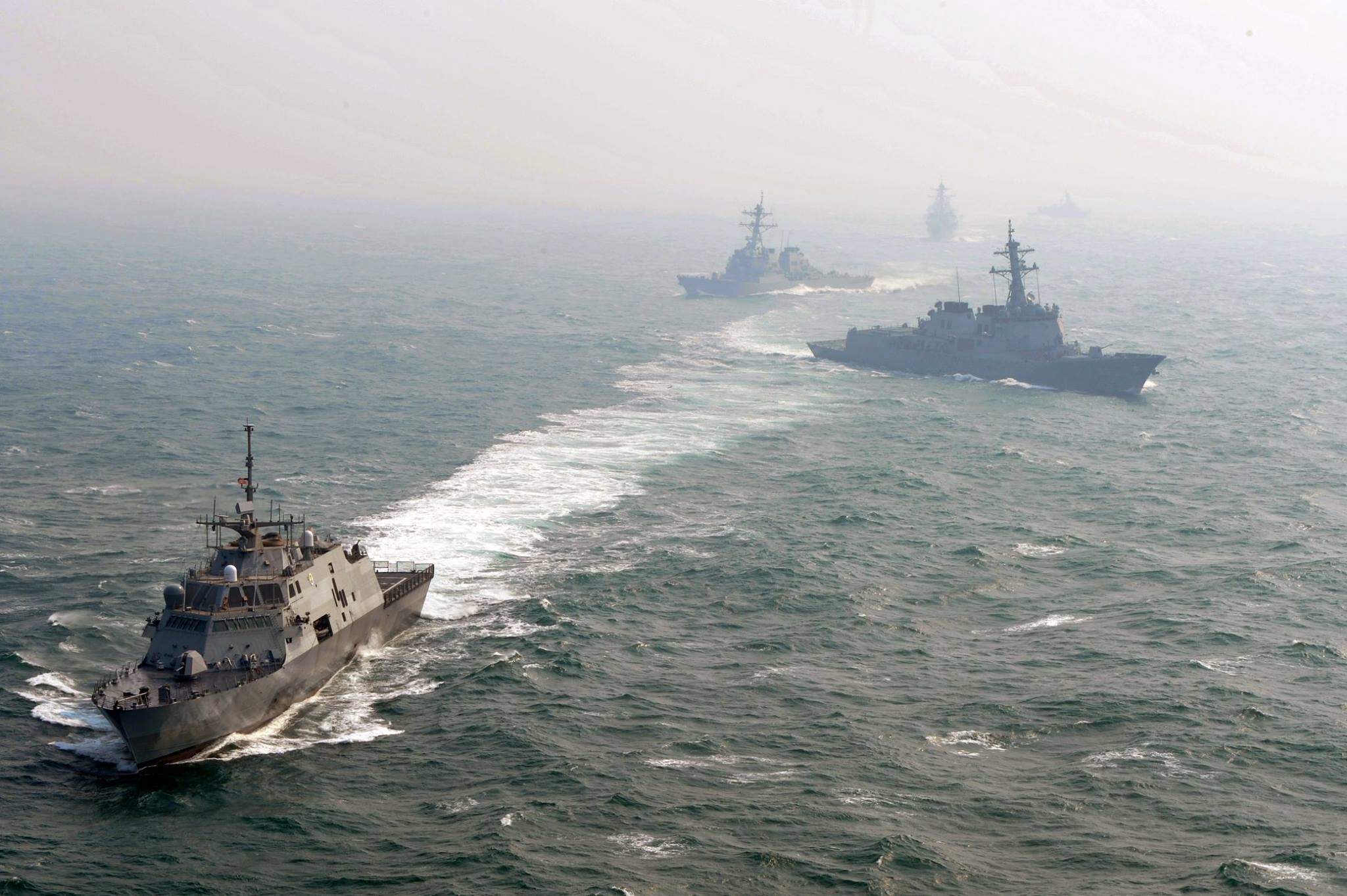 ARLINGTON, Va. — The Navy is in the midst of a massive shipbuilding spree, with 65 ships across eight shipyards under contract or in construction today – but maintaining that pace in the short-term and trying to replicate or even accelerate it for the next generation of surface combatants presents the Navy and industry with some serious challenges, officials said.

Speaking at the American Society of Naval Engineers’ ASNE Day 2016 on March 2, acquisition chief Sean Stackley said that this month alone includes a range of shipbuilding activities across 10 ship classes.

“A month in the life of shipbuilding,” Stackley said.

However, this particular month in the life of shipbuilding comes as a result of seven years under Navy Secretary Ray Mabus that more than doubled the number of ships bought compared to the previous seven years. The question yet to be answered, Stackley said, is whether the Navy and industry can keep this going, particularly in light of constrained budgets.

“In order to provide a stable, predictable workload that fosters investment in modern facilities and the retention of skilled workers, we’ve employed multiyear procurements, block buys and dual-sourcing where appropriate to maintain competition in capacity required to meet our long-term needs and foster industry investment,” Stackley said.
“In doing so, we’ve achieved an estimated $6 billion in critical savings across the most recent submarine, destroyer, Littoral Combat Ship, amphibious and auxiliary ship contracts. We’ve taken those savings and plowed that back in to building more. The challenge going forward and the question is whether the Navy, with the support of Congress, will be able to sustain the build rate required by that 308-ship navy, while at the same time sailing against strong headwinds in the budget and strong challenges associated with our major programs, most notably the Ohio Replacement coming our way.

“The good news: Congress is focused on the size of our navy, they are committed to the health of our shipbuilding industrial base. But that’s not enough,” Stackley continued.
“Affordability will be critical, it will be a requirement. There’s not a major program going forward that’s not going to be subject to an affordability requirement. From the CVN-79, the John F. Kennedy, to the future frigate, to the Ship-to-Shore Connector, to our amphibious warfare ships – not even the highest priority program, the Ohio Replacement, will escape the need and requirement for an affordability cap. And it can’t be done by merely cutting the budget. The strategy has been and will continue to be to drive affordability through the design, maintain an iron grip on requirements, and to sustain that year-over-year stability that we’ve enjoyed this past decade. And to keep, wherever competition is possible, up and down the supply chain when we leverage those multiyear procurements and block buys and incentivize industry to invest in their facilities and their people.”

In addressing those challenges, Stackley was referring to the ongoing procurement of those classes currently under construction. But an even greater challenge lies ahead: all the Navy’s surface combatants will need replacement programs to begin in the mid-2030s, and the new classes will replace ships that were bought at a rate of three or four a year – when the Navy today struggles to maintain two-a-year production of its attack subs and destroyers and had its only three-a-year program, the LCS, curtailed due to tight budgets.

“Believe it or not, the PCs (patrol coastal ships) were only supposed to last 15 years or so, we’re stretching them out to 20-plus,” Director of Surface Warfare Rear Adm. Pete Fanta said at ASNE Day.
“I have got to find something small that can be used in the coastal areas and be able to run it at a fairly cheap cost with few people on there. LCS, if you think about it, LCS was built in 2002. … It’s a 25-year ship, we’re about to hit mid-life on LCS. The first two LCS out of production are about to do their mid-life in the next couple of years, they’re halfway point of how long they last. I have to start thinking about what I do next. The next one up, Arleigh Burke destroyers. Arleigh Burke destroyers, the first one, was built … came off the production line in the early 90s, ‘90, ‘91. The first ones [the Navy] was building at three or four a year, I’m going to have to replace them. And I’m going to have to replace them when I can only afford to buy two a year instead of four a year. Cruisers. For those of you who haven’t heard, cruisers are getting older. They are having structural problems and cracking and so on. We know that we’re going to modernize them as fast as we can, we’re going to keep them around as long as possible. … I’m going to have to replace them sometime around the mid-30s. in fact, all these ships will probably have to be replaced in the mid-30s.” 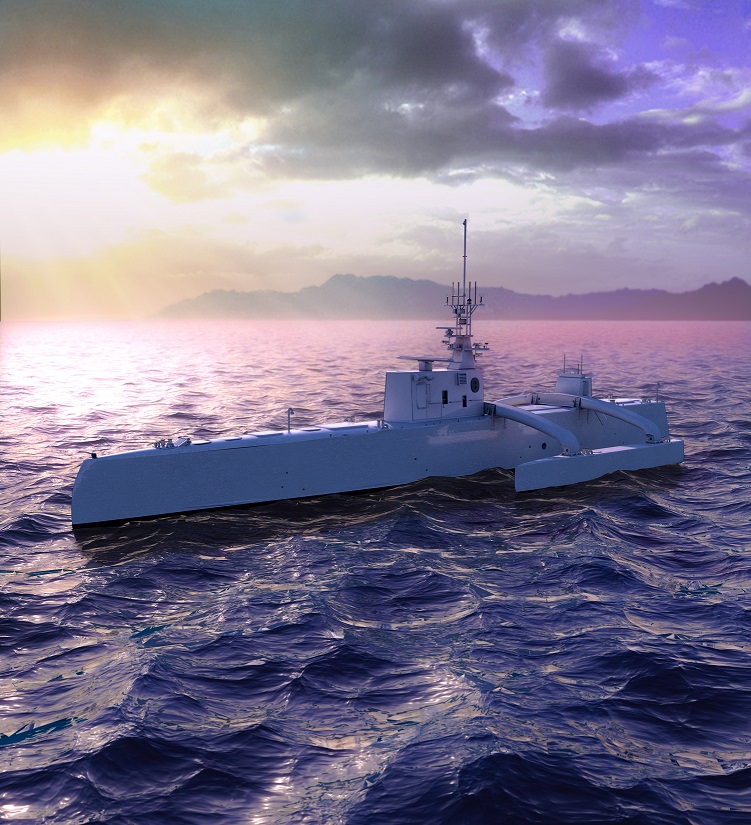 Replacing these classes with like ships at a one-for-one rate would be financially unachievable – and Fanta said his analysis of alternatives is looking primarily at a family of ships – a small, medium and large variant, perhaps – that rely on offboard sensors on unmanned vehicles to complement the ships’ capabilities and extend their range.

“We’re going to have to off-board our sensors. Why? Because we can’t cover everything at the same time,” Fanta said.
“So when I look at a future ship’s design, and I’m in the middle of that discussion right now – we’ve done the initial capabilities look and now we’re looking at the analysis of alternatives – those alternatives will consist of a family of ships, and it will be a family of systems both on the hull and off the hull.”

Fanta mentioned three unmanned systems – the Anti-Submarine Warfare Continuous Trail Unmanned Vessel (ACTUV), a project currently underway at DARPA; the Tactically Exploited Reconnaissance Node (TERN) Unmanned Aerial Vehicle (UAV), also under DARPA; and unmanned underwater vehicles that can provide additional sonar feeds to battle groups for long-range reconnaissance. Fanta said it was impossible to know what the state of technology would be 20 years from now when these new ship classes are in construction, but these types of technologies will be the basis for extending the ships’ range and creating multimission capabilities.

Another facet of the family of ships will be commonality, which Fanta said will have to be attacked more aggressively than the Navy does today to achieve the needed savings.

“Where we can save funds in a family of ships … is by looking at the requirements and how we drive those requirements forward, and then when those are translated down to the specifications,” Fanta said.
“Let me give you one example: cooling pumps or fire pumps. It would seem to you, as a group of naval engineers, that would be the simplest thing that we could actually say, go buy this pump off this shelf, and go buy it to this level, and all the sudden instead of buying three pumps per ship I’m buying 30 pumps per class and I’m spreading that out to five classes and I’m buying five times 30 a year as I continue to build this forward. Why? Because it’s good enough. And then I only have to have one spare part that fixes all those pumps.

“That’s been mentioned a number of times, and we still can’t seem to get that working because every time we issue a ship contract we go and tell the prime to find a ship pump that matches this specification instead of saying go buy this one off this shelf,” Fanta continued.
“We do it, industry does it. We’re our own worst enemy.”

During the same panel discussion, Naval Sea Systems Command chief engineer Rear Adm. Bryant Fuller said the Navy was trying to use the “virtual shelf” with approved parts to boost commonality – in the recent LHA-8, LX(R) and LPD-28 contracts the shipbuilder was instructed to look at the virtual shelf but not obligated to select components exclusively from the list – but there was room for improvement.