SAN DIEGO – In a time when the Pentagon is seeking innovative ideas from industry, shipbuilder Huntington Ingalls Industries is responding in a big way – by proposing digital-only blueprints for its next aircraft carrier, the future Enterprise (CVN-80).

While most of the Navy and Marine Corps’ talk of innovation recently has revolved around experimentation – bring the fleet new weapons, drones or software and they’ll test them out at sea – shipbuilders can’t very well produce prototypes for demonstration. To leverage this environment that favors innovation, though, HII President and CEO Mike Petters told USNI News that his company would research new processes rather than products.

“From our standpoint, most of the investment that we make in terms of research and development is really towards process. We’re not trying to invent a new kind of steel. We’re really trying to figure out, how do we cut down the training pipeline to have people effectively do work because we can innovate in training,” Petters told USNI News on Feb. 19 at the WEST 2016 conference cohosted by the U.S. Naval Institute and AFCEA.
“So our thinking is, how do you digitize? How do you take advantage of the data that’s out there, the tools that are out there, so our workers can be more efficient and more effective? So we’re thinking about the digital shipyard, and our ambition is that for CVN-80 there would be no paper drawings, there would be no two-dimensional drawings. It would all be tablets and three-dimensional representations.”

The digital-only blueprints would make the information more accessible to shipyard workers who may not have easy access to the paper drawings today, and they could be used to help sailors visualize their ship in ways that current operations and maintenance training can’t do. But the project, of course, comes with a cost.

“We’re not talking about a small project – that’s a massive project to do that, but if you can do that there you can do it anywhere,” Petters said, adding that the company is looking at both internal research and development dollars and Navy funding for this effort.

Petters said the digital blueprint project was a good example of naval innovation that has the potential to help the Navy save for decades. 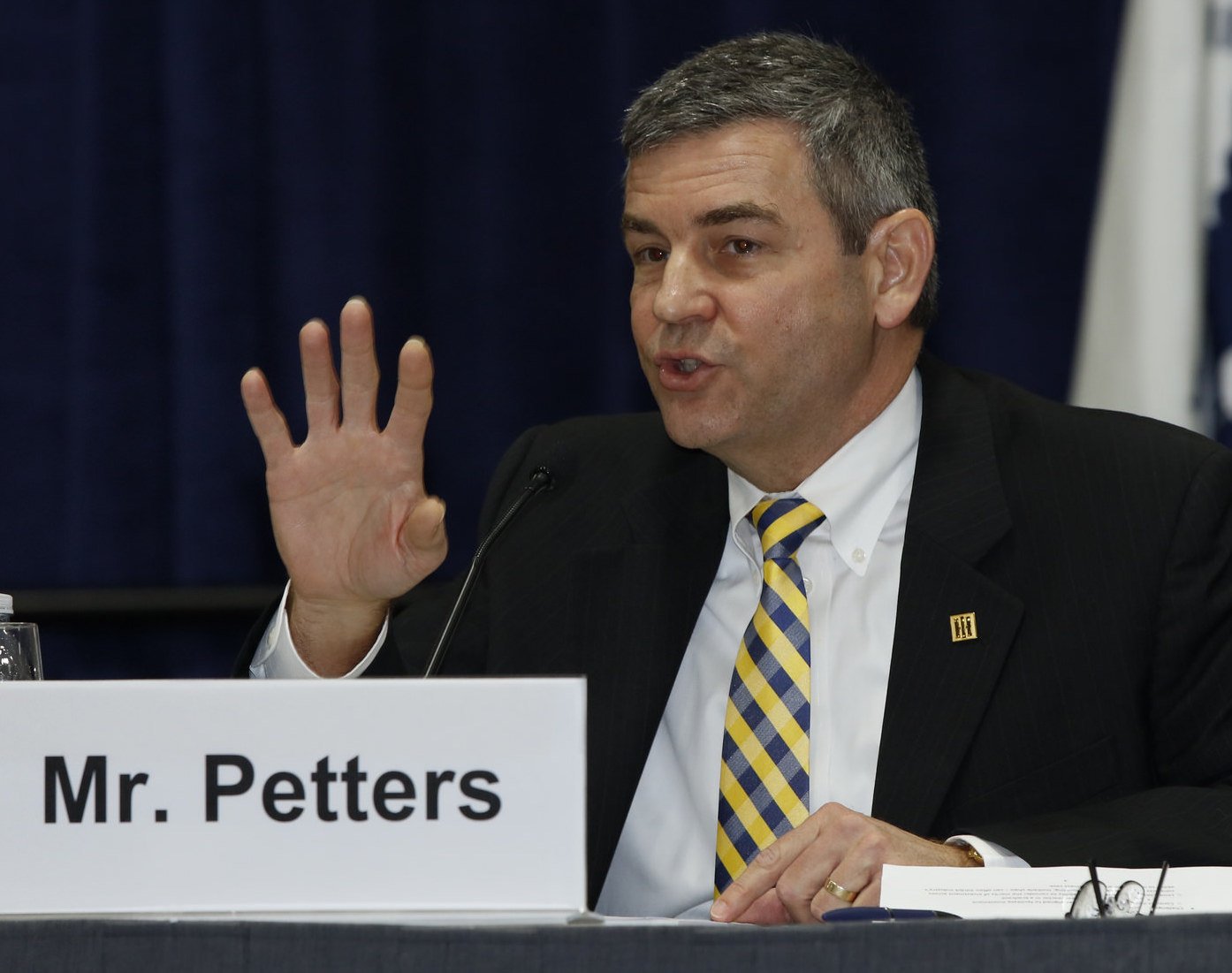 “If we are able to successfully do this with representations of the ship – the compartments, the space, the foundation, or the pump – when the ship is delivered, that representation is what the sailors will be using when they take care of the ship for the next 50 years,” Petters said, adding that HII was working closely with the Navy to ensure the blueprints would be compatible and useful for both the shipyard workers and the sailors who take ownership of the future carrier.

Petters said during a panel discussion at the conference that the military’s attitude towards innovation has improved but still could be better. Using a baseball analogy, he likened military and industry program offices to a third base coach, trying to use his experience and best data available to decide whether to send a base runner home or keep him safe at third base. Petters said the team that has the lowest percentage of outs at home plate is probably being too conservative and could be scoring more if they were willing to take more risk – much like program offices unwilling to take risk will struggle to innovate.

Whereas in baseball, having a runner thrown out at first base helps the third base coach gain just as much knowledge as if the runner is safe, in the Navy, “we will gravitate to the lowest common denominator to make sure that we don’t ever send another runner home that will be out. And we’ve just lost the opportunity to train our third base coach.”