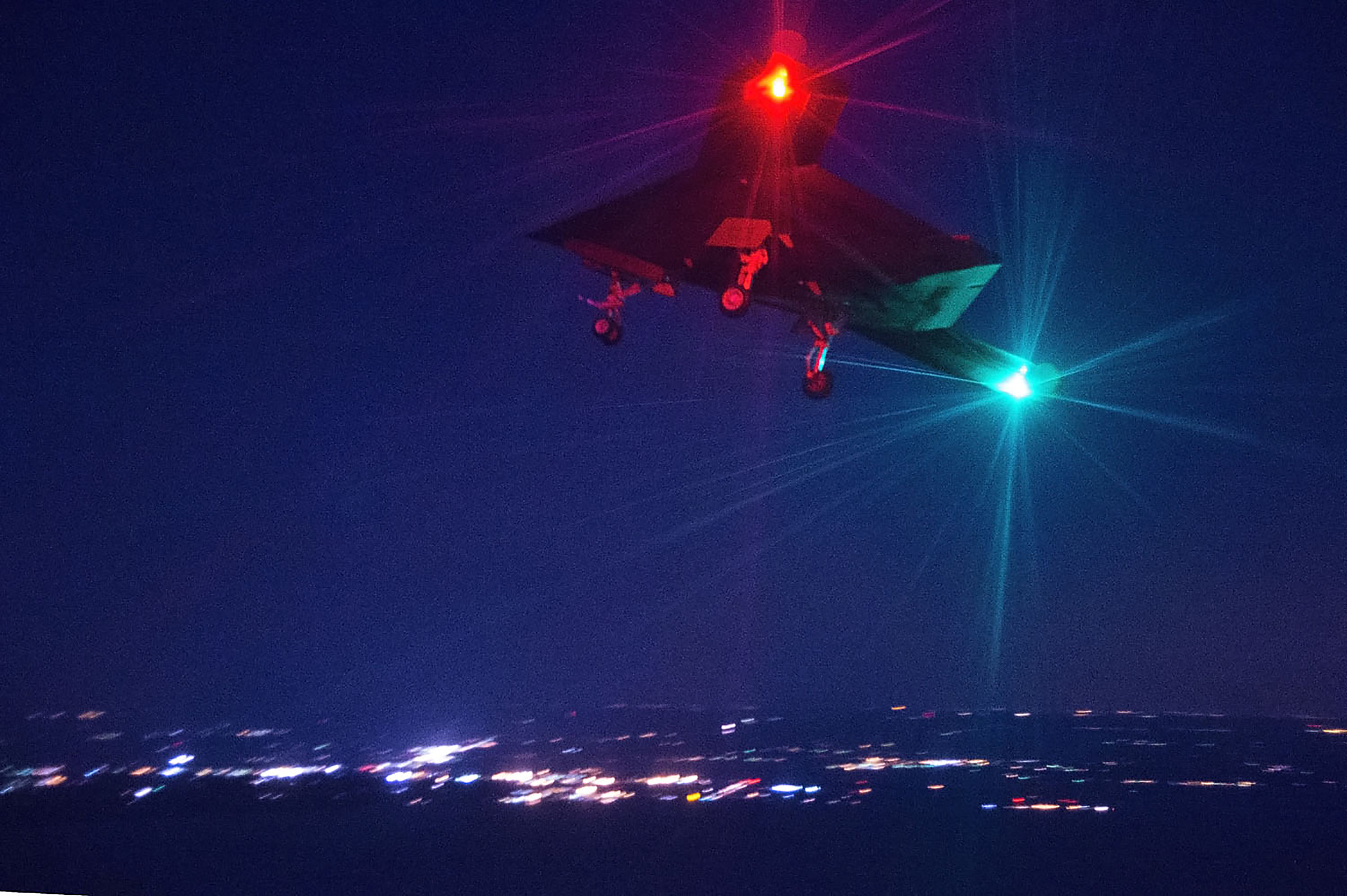 SAN DIEGO — The head of Naval Air Systems Command said the effort to build the Navy’s first unmanned aerial vehicle to operate with the carrier air wing would be a leaner process than what was planned for the Navy’s Unmanned Carrier Launched Airborne Surveillance and Strike (UCLASS) program.

NAVAIR’s Vice Adm. Paul Grosklags said the pursuit of the RAQ-25 UAV – currently dubbed the Carrier Based Aerial Refueling System (CBARS) – would take the work from the UCLASS acquisition and streamline the process – one burdened with a high level of requirements churn to industry.

“We end up giving to industry, giving to you all a specification — a statement of work — that literally contains thousands of shall statements. And every one of those shall statements is of equal importance because if you don’t comply with it you’re not complying with the terms of the contract. Thousands of them,” Grosklags said at the WEST conference on Thursday.
“What we’re doing with RAQ-25 is we’ve taken those thousands of shall statements down to a couple of hundred. We’re streamlining the team. We’re taking the typical hundreds of NAVAIR folks that would be working on a program like that and bringing it down to dozens. That is the culture change that we’re trying to get to with inside NAVAIR.”

The Fiscal Year 2017 budget request includes an $84 million line item for CBARS but will also build off of $434 million in future unmanned carrier aviation money that was included into the FY 2016 Omnibus bill, Vice Adm. Joseph Mulloy, deputy chief of naval operations for integration of capabilities and resources, told USNI News in a Wednesday interview.

“So UCLASS doesn’t exist but the CBARS will be able to draw that money. That’s why in one reason in ‘17 we didn’t ask for a whole lot more,” Mulloy said.
“Basically we view it as forward financing to back to the competitors again and actually start descoping their projects and submit something fast.”

Mulloy said the Navy was patching together a submission to the Joint Requirements Oversight Council (JROC) that amounted to an 80-percent solution for the initial UCLASS design.

“We’re probably going to drop some of the high-end specs and try to grow the class and increase the survivability [later],” Mulloy said.
“It has to be more refueling, a little bit of ISR, weapons later and focus on its ability to be the flying truck.”

CBARS (“we’re not real enamored [by the name]”, Mulloy said) will build off the UCLASS work for the control station and the connectivity piece of the RAQ-25 effort.

“Two of the parts remain mostly the same – carrier integration and command and control – because we still have to talk to the air vehicle,” Mulloy said.
“Those two will remain the same and will support us in any other unmanned vehicle going ahead.”

Mulloy said the mid-2020s fielding plan for the RAQ-25 would run into the development work for the replacement of Boeing F/A-18 E/F Super Hornet – the Navy’s F/A-XX program. Developed in conjunction with the U.S. Air Force’s F-X program, both services are considering optionally manned options to replace the capability.

If an unmanned variant of the Super Hornet follow-on were created it would leverage the work from the control station and connectivity piece from RAQ-25.

Later this year, pending JROC approval, the Navy is set to release a draft request for proposal to the four original UCLASS competitors – Northrop Grumman, Boeing, General Atomics and Lockheed Martin – for the RAQ-25 air segment with the final RfP set to be issued in 2017 and an anticipated contract award in 2018.