Secretary of Defense Ash Carter confirmed the Navy was developing a modification to the Raytheon Standard Missile 6 that will give the service a supersonic anti-ship weapon to reach a target more than 200 nautical miles away.

“We are going to create a brand-new capability,” Carter told reporters in San Diego on Wednesday. “We’re modifying the SM-6 so that in addition to missile defense, it can also target enemy ships at sea at very long ranges.”

With a top speed of Mach 3.5, the SM-6 will extend the lethal range of the CRUDES force well beyond the reach of the current Boeing RGM-84 Harpoon anti-surface missile – first introduced in the late 1970s.

The modified SM-6 – part of a $2.9 billion missile buy over the next five years — will be the largest new anti-ship capability in decades onboard the service’s fleet of guided missiles and cruisers and indicative of the Navy’s push to load its ships with more offensive firepower – codified in the “distributed lethality” philosophy pushed forward by service surface leaders in 2015.

“We haven’t been slightly leaning forward for a very long time. When you start to see the language start to change the [Chief of Naval Operations] has changed his tone about China – now they’re a peer adversary,” an industry official told USNI News last month.
“As the tone in the Navy changes from a force that will get fired upon before we take action, will we move forward and start taking action in different environments? And what effects can go do that?”

As the Navy orients the cruiser and destroyer force to take on higher end adversaries — like China and Russia — the emphasis will be how to maximize the use of the difficult-to-reload vertical launch system cells of the CRUDES force. 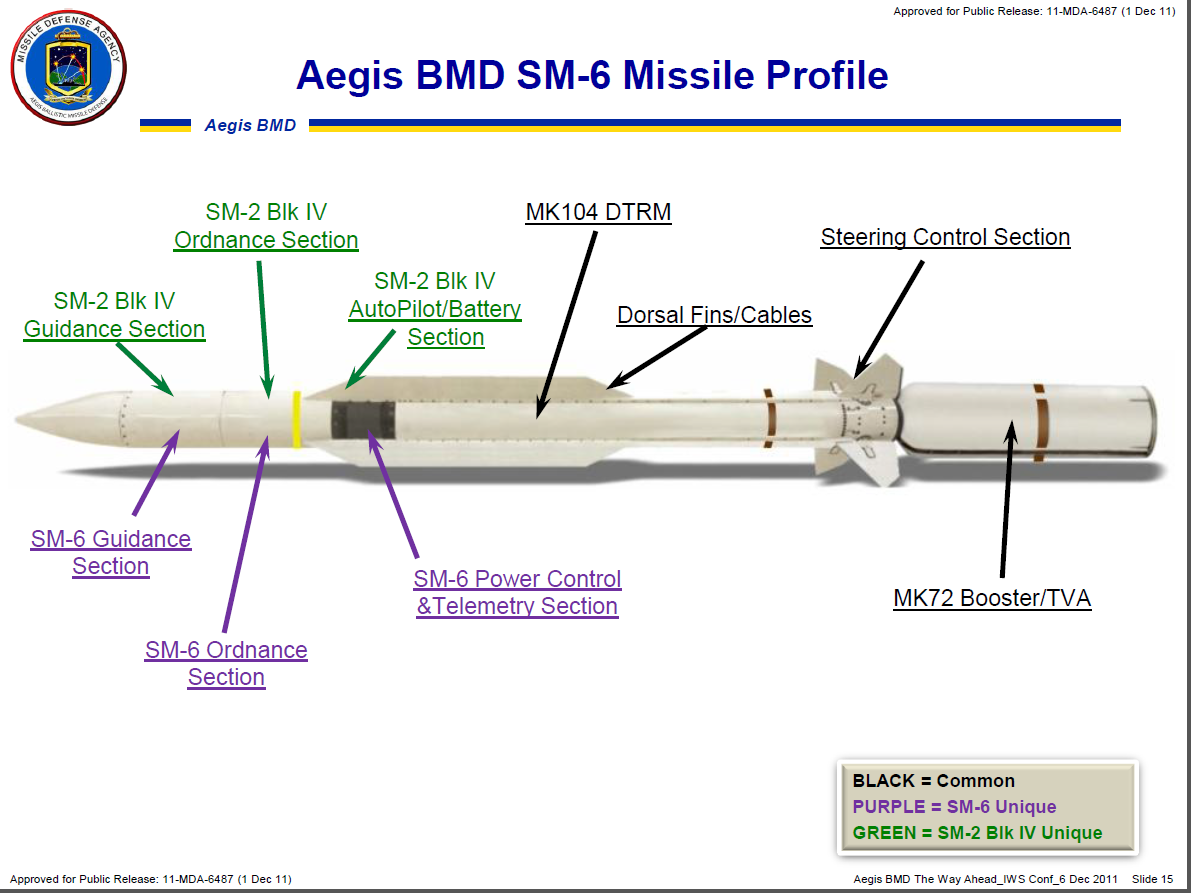 “What this shows is the Navy is looking for flexibility in their weapons and when you have a certain number of missile tubes in your ships,” Eric Wertheim — naval analyst and author of U.S. Naval Institute’s Combat Fleets of the World — told USNI News on Thursday.
“It shouldn’t be a surprise because the SM-2 had [the capability]. It just shows they’re looking for flexibility in their systems.”

Prior to Wednesday the Navy and Raytheon have been coy about the anti-surface potential of the SM-6. Its predecessor the SM-2 has its own anti-surface mode.

When USNI News asked the question of a senior defense official last year if the Navy was creating an anti-surface variant the SM-6 the answer was, “you will never get anyone to confirm that.”

While the news is out, the question remains as to what modifications the missile will need to be effective against the Raytheon officials told USNI News last month during the Surface Navy Association that work underway on the Block IA program.

“The big difference we can talk about is that it adds a GPS capability,” Raytheon said.

The SM-6 is designed to take out aircraft and cruise missile — and in limited scenarios ballistic missiles — which requires a smaller warhead class than the 500-pound class warhead found on the current Harpoons. It’s unclear if the missile will need warhead modifications.

Another lingering question is if the anti-surface mode of the SM-6 will be a networked weapon like the anti-air warfare mode in the Naval Integrated Fire Control Counter-Air (NIFC-CA) concept.

NIFC-CA can combine the targeting data from a Northrop Grumman E-2D Advanced Hawkeye and send targeting information to a SM-6 to intercept an air target beyond the range of the cruiser or destroyer firing the weapon.

“Does that mean an E-2 can guide a SM-6 to a bunch of swarming surface craft at long distances?” asked Wertheim.