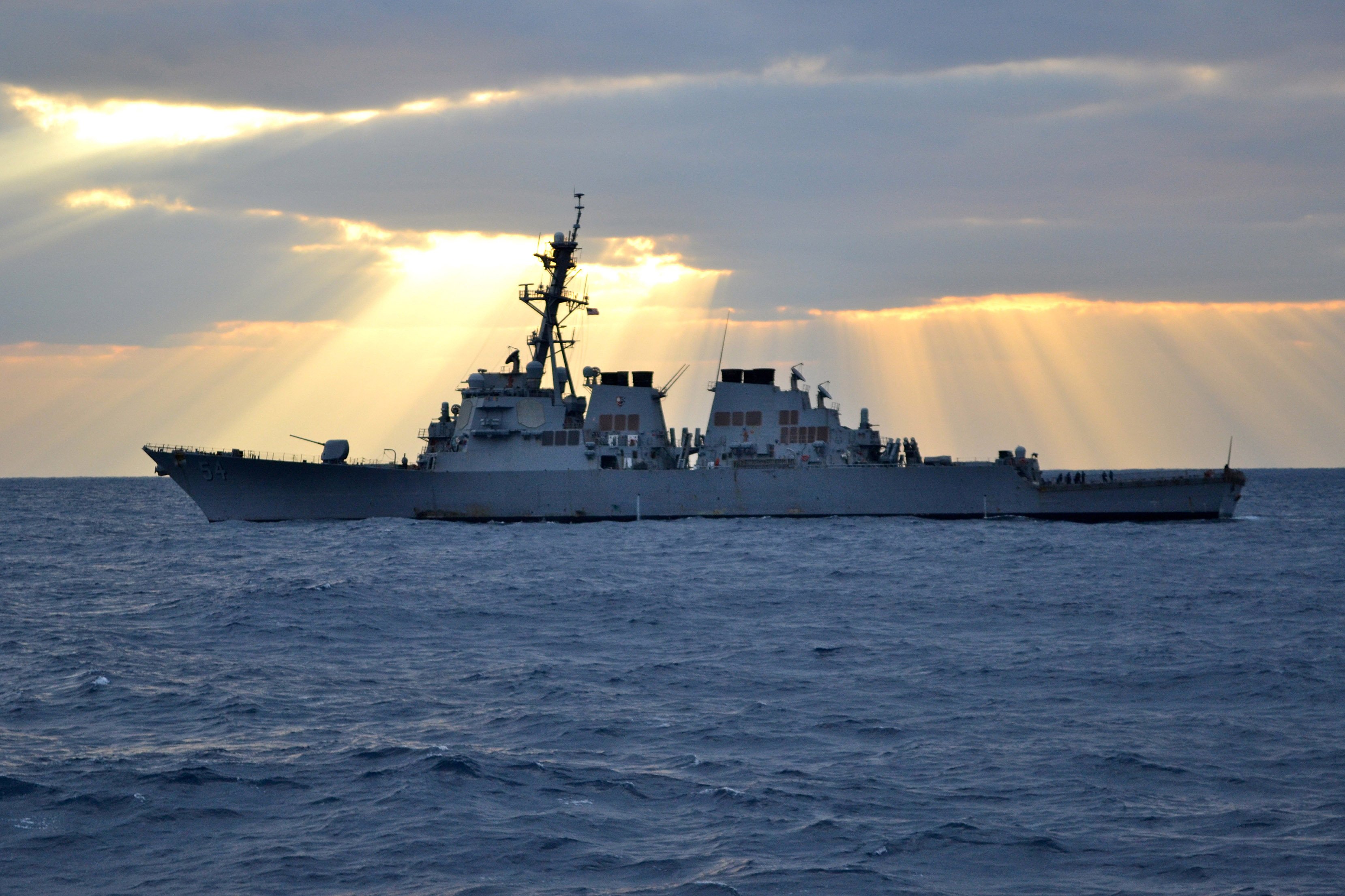 Chinese officials issued several condemnations of the latest U.S. freedom of navigation operation in the South China Sea in which an American guided missile destroyer came within 12 nautical miles of Chinese administered Triton Island in the Paracel Island chain.

The Wilbur FON op was “unprofessional and irresponsible… the U.S. act severely violated Chinese law, sabotaged the peace, security and good order of the waters, and undermined the region’s peace and stability,” National Defense spokesman Yang Yujun said on Saturday.
“For many years, the US side has proposed measures to ensure navigation safety of ships and aircraft of all parties, but it repeatedly sent vessels and planes into China’ s territorial sea and air space regardless of China’s opposition, leading to close encounters of navy and air force troops of the two countries.”

The Pentagon statement to USNI News on Saturday said the type of transit Wilbur took past Triton Island was an innocent passage – a stipulation in maritime law that allows warships to transit through a nation’s territorial waters “so long as it is not prejudicial to the peace, good order or security of the coastal state,” according to Article 19 of the United Nations Law of the Sea Convention.

Both Hua and Yang cited China’s 1992 law, which requires a foreign warship – no matter its posture – prior notification before entering its claimed territorial waters. The pair also cited China’s 1996 claim of a straight baseline around the island chain. The Chinese argue that baseline covers the entire Island chain its own maritime boundary like that of Indonesia.

“The U.S. side is fully aware of this, yet it still sent its warship into China’ s territorial sea without authorization,” Yang said in the statement.
“It is a deliberate provocation.”

For its part, the U.S. does neither recognize a Chinese right of prior notification for the innocent passage of a warship through its territorial waters nor the straight baseline China claims over the Paracels.

Also on Saturday Vietnamese Foreign Ministry spokesman Le Hai Binh said Vietnam – which has an overlapping claim to the Paracels – respects the right of innocent passage through its territory.

Last year, China conducted a similar innocent passage through the U.S. Aleutian Islands in September in a manner the U.S. “in a manner consistent with international law,” U.S. Northern Command Officials said at the time in a story first reported by USNI News.

“I am encouraged to hear that the U.S. Navy has conducted a freedom of navigation operation near Triton Island in the Paracel Islands in the South China Sea. This operation challenged excessive maritime claims that restrict the rights and freedoms of the United States and other nations under international law,” read a Saturday statement from McCain’s office.
“I continue to hope these operations will become so routine that China and other claimants will come to accept them as normal occurrences and releasing press statements to praise them will no longer be necessary.”

The U.S. freedom of navigation program begun in 1979 with the goal of testing maritime territorial claims the U.S. viewed as excessive and in violation of international law. In October, USS Lassen (DDG-84) conducted a FON op past a Chinese installation on an artificial island on Subi Reef in the Spratly Island chain.