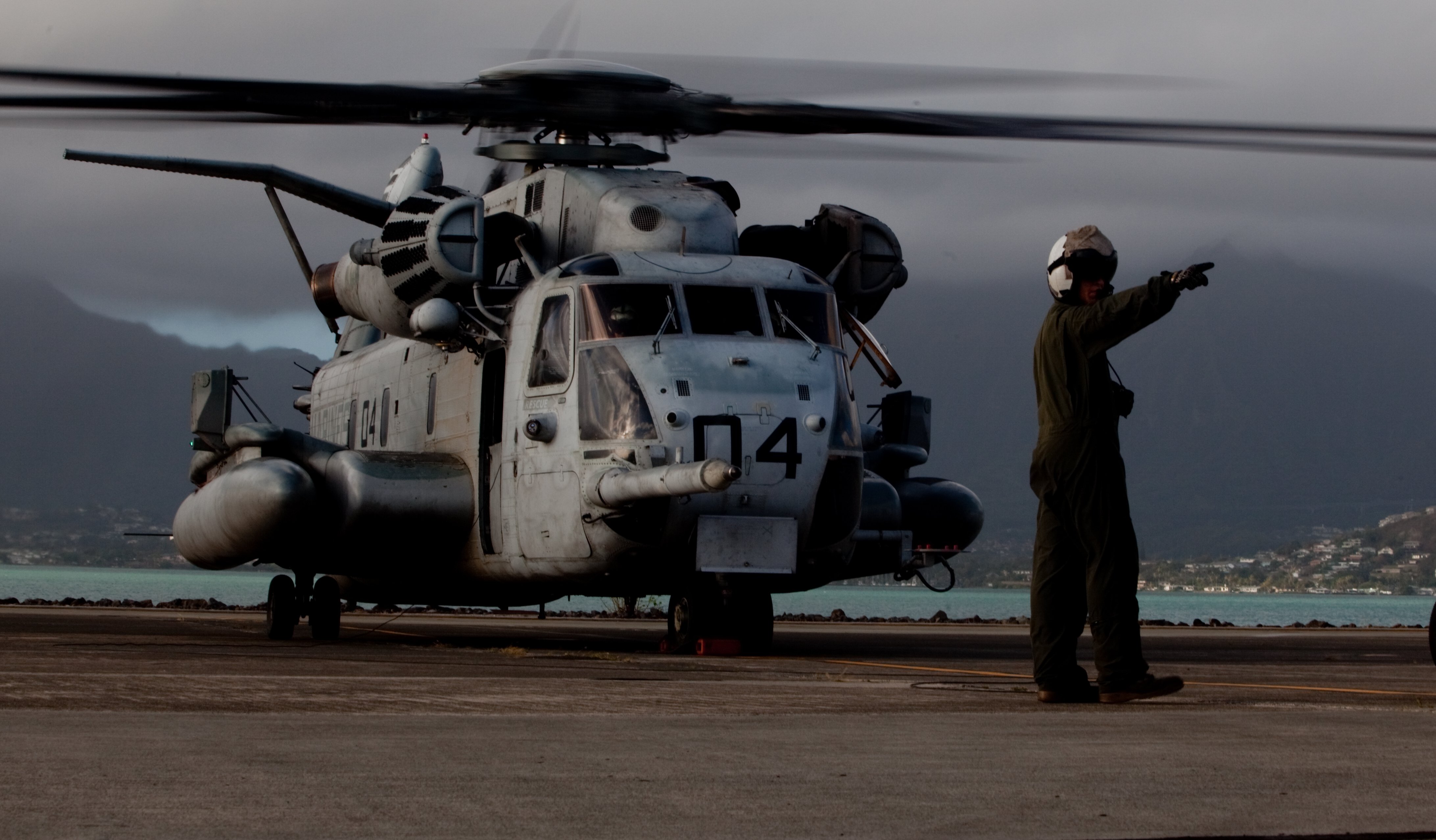 The Coast Guard is conducting a search and rescue operation for two Marine Corps CH-53E Super Stallion helicopters believed to have collided off the coast of Oahu, the Marine Corps confirmed to USNI News.

The two aircraft are from Marine Heavy Helicopter Squadron (HMH) 463, Marine Aircraft Group 24, 1st Marine Air Wing out of Marine Corps Air Station Kaneohe Bay, Hawaii, Marine Corps Headquarters confirmed, though it is unclear how many personnel were onboard the two helicopters.

Marine Corps Forces Pacific could not be reached by USNI News for additional information.

CBS News reported there were six Marines on each helicopter and that the Coast Guard spotted a debris field, empty life raft and a fire on the water shortly after midnight local time, but that information could not be independently verified yet.

HMH-463’s mission is to support the Marine Air-Ground Task force “by providing assault support transport of heavy equipment, combat troops, and supplies, day or night under all weather conditions during expeditionary, joint, or combined operations,” according to the squadron’s website.