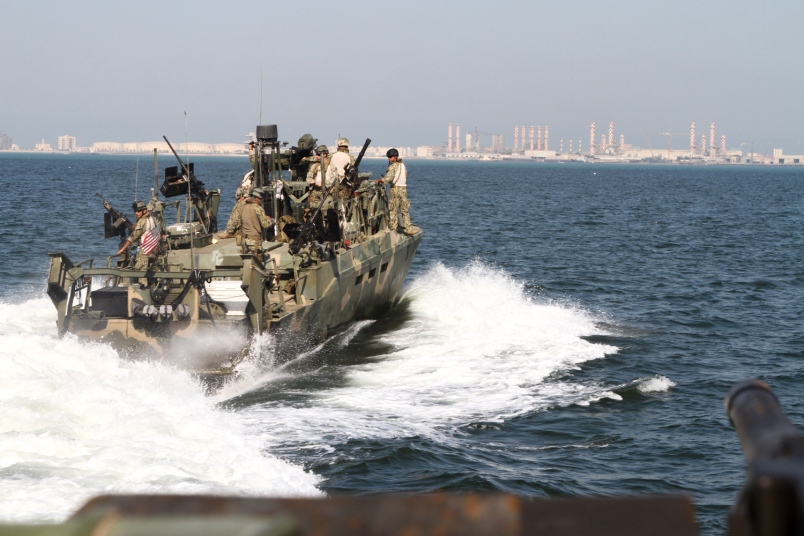 The Iranians are prepared to release the ten sailors after Secretary of State John Kerry communicated directly with Tehran, the official said.

At least one of the two riverine boats had experienced mechanical problems and had drifted into Iranian territorial waters when crews were taken into custody by Iranian forces on Tuesday.

Search and rescue teams from the Harry S. Truman Strike group were scrambled to aid the crew but stopped short after the crew was taken by the Iranians.

According to the official, Iran had no intention of holding the sailors for an extended period of time and expressed a desire to quickly return them to U.S. custody.

“Earlier today, we lost contact with two small U.S. naval craft en route from Kuwait to Bahrain,” a second defense official said.
“We subsequently have been in communication with Iranian authorities, who have informed us of the safety and well-being of our personnel. We have received assurances the sailors will promptly be allowed to continue their journey.”

The U.S. operates a variety of small riverine boats in the Persian Gulf based at the U.S. naval base in Bahrain.

It’s unclear which Iranian forces seized the boats and the crews, however the Iranian Islamic Revolutionary Guard Corps Navy (IRGCN) operates a base on the island in the middle of the Persian Gulf.

In 2007, forces with the IRGCN captured 15 U.K. Royal Navy personnel embarked in a small boat from HMS Cornwall in international waters.

The IRGCN is separate from the regular Iranian Navy and closely tied to the country’s sectarian Islamic hierarchy.

In April, IRGCN forces seized the merchant ship Maersk Tigris and held the ship for a number of days.