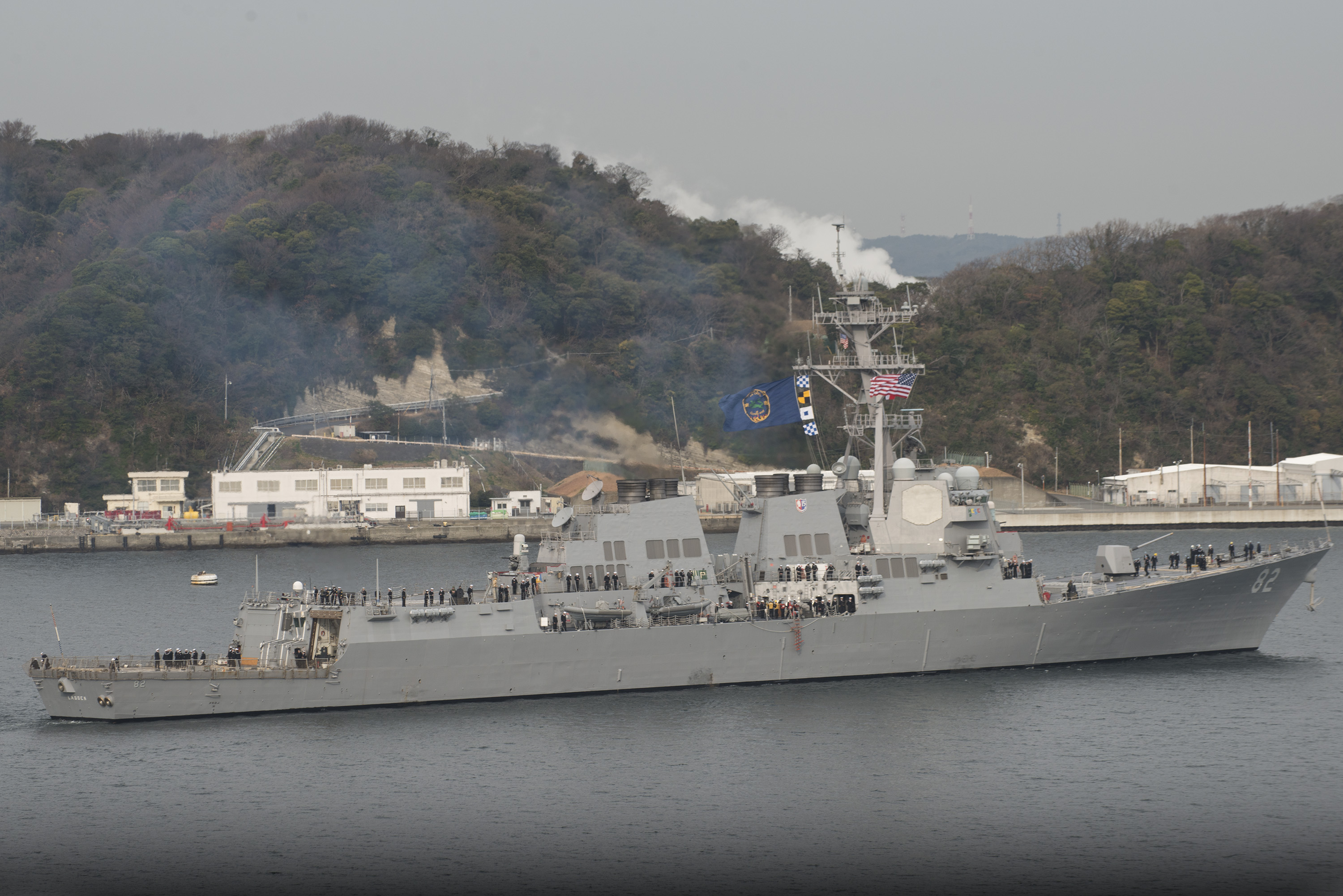 USS Lassen (DDG-82) departs Yokosuka for the final time as part of the forward-deployed naval forces on Jan. 6, 2016. US Navy Photo

The guided missile destroyer that made international headlines in late October left for its final patrol as a forward deployed ship in U.S. 7th fleet on Wednesday, according to the Navy.

On Oct. 27, 2015 USS Lassen (DDG-82) conducted a freedom of navigation mission in the South China Sea testing claims of the Philippines, Vietnam and China in the Spratly Islands.

The ship’s pass by the Chinese facility built on an artificial island on Subi Reef enflamed Beijing and drew accusations of U.S. meddling in the region.

While the FON op garnered the most attention, it was just one day in the ten-year forward deployment of Lassen.

Lassen assisted in the recovery of the South Korean corvette ROK Cheonan in 2010 after its was attacked by North Korea. The ship was also part of the U.S. force sent to the Philippines to aide survivors following the 2013 Typhoon Haiyan.

Lassen’s spot in 7th fleet will be picked up by the freshly upgraded USS Barry (DDG-52), relocated from Naval Station Norfolk, Va. later this year.

In addition to Barry, the Navy assigned two additional guided missile destroyers to the forward deployed naval force in Japan.